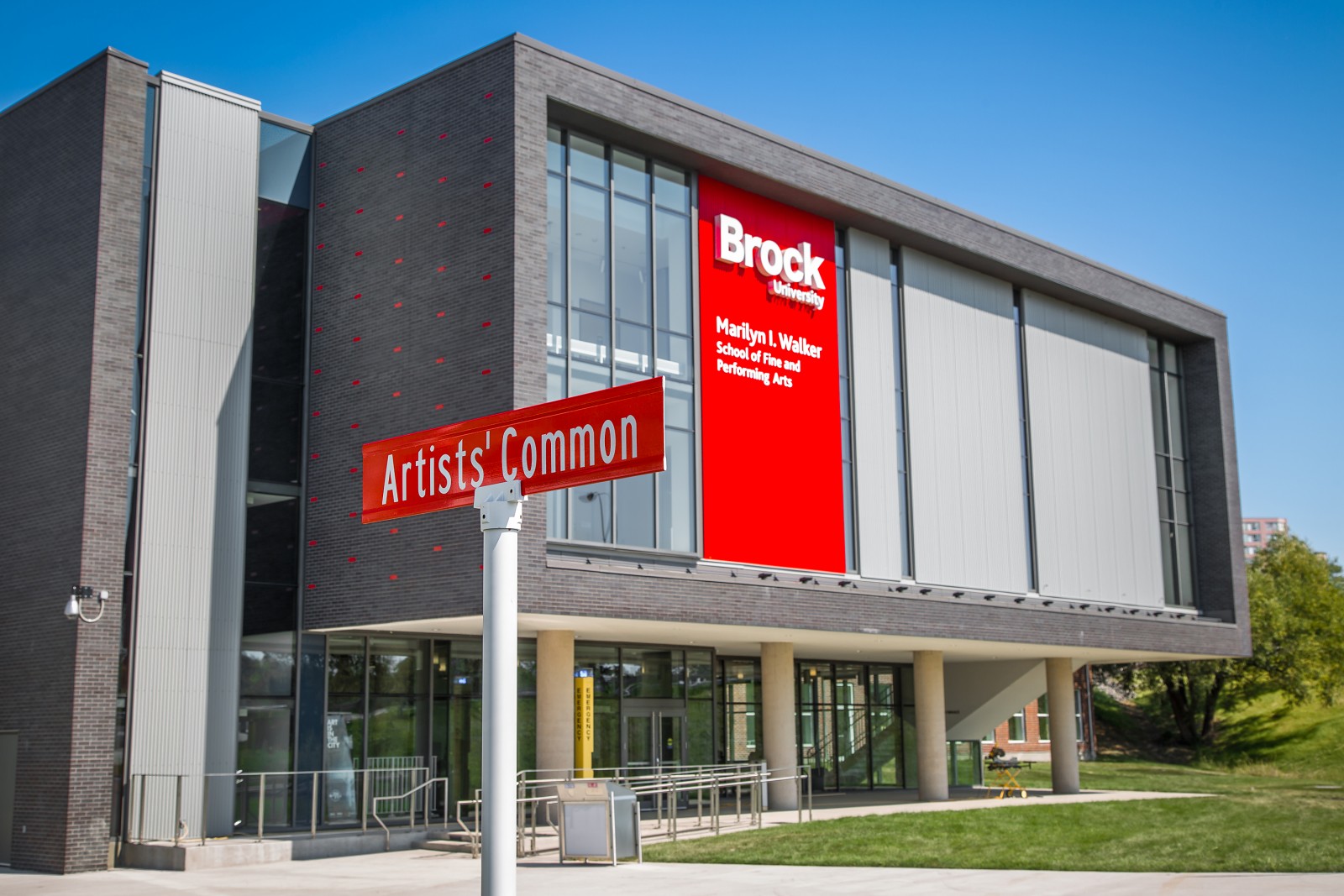 The street sign for Artists' Common can be seen in front of the new MIWSFPA.

Award-winning authors from across Canada will be in downtown St. Catharines this week for the annual Two Days of Canada conference and the new Festival of Readers.

This year’s theme is Concepts of Vancouver, which looks at Vancouver’s “unique confluence of art, politics, and cultural policy,” says Brock English professor Gregory Betts, who is a conference co-organizer. Brock PhD students Julia Polyck-O’Neill and Andrew McEwan, whose dissertations examine Vancouver’s arts and authors, are assisting in organizing the conference.

More than 100 delegates from across Canada and around the world will listen to 40 presenters explore such topics as Indigenous rights in Vancouver and its region, that area’s unique openness to experimentation in the arts, and how Vancouver uses its class-consciousness to build inclusive urban communities.

The conference and accompanying festival will feature authors who have won such prestigious awards as the Governor-General’s Award, the Griffin Prize and the Trillium Prize. Two poet laureates will also be in attendance.

The keynote speaker for the event is George Bowering, the former Niagara resident who was Canada’s first Parliamentary Poet Laureate, and a two-time Governor-General’s Award winner. Since leaving Niagara, Bowering has lived mostly in Vancouver, where he has cultivated a world-class literary culture and become, as Betts says, “one of the giants of Canadian literature.”

This year also sees the addition of the Festival of Readers to the conference, where award-winning authors will present their academic scholarship during conference sessions and share their literary work in the evenings.

Festival of Readers events run from Thursday, Oct. 13 to Saturday, Oct. 15 and include a public lecture by Bowering, a poetry reading and poetry slam, and a story illustration workshop by Rodman Hall.

Gary Barwin, who is on the 2016 Scotiabank Giller Prize shortlist, will be speaking at St. Catharines Public Library as part of the festival.

There will also be a special screening of “Hard Core logo” at The Film House, with an introduction by the author Michael Turner.

A complete guide can be found at http://www.festivalofreaders.com/the-festival-of-readers.

Festival of Readers events are free and open to the public.

Two Days of Canada: The Concept of Vancouver is being held at Brock University’s Marilyn I. Walker School of Fine and Performing Arts and the nearby Niagara Artists Centre visit the conference website for more information.