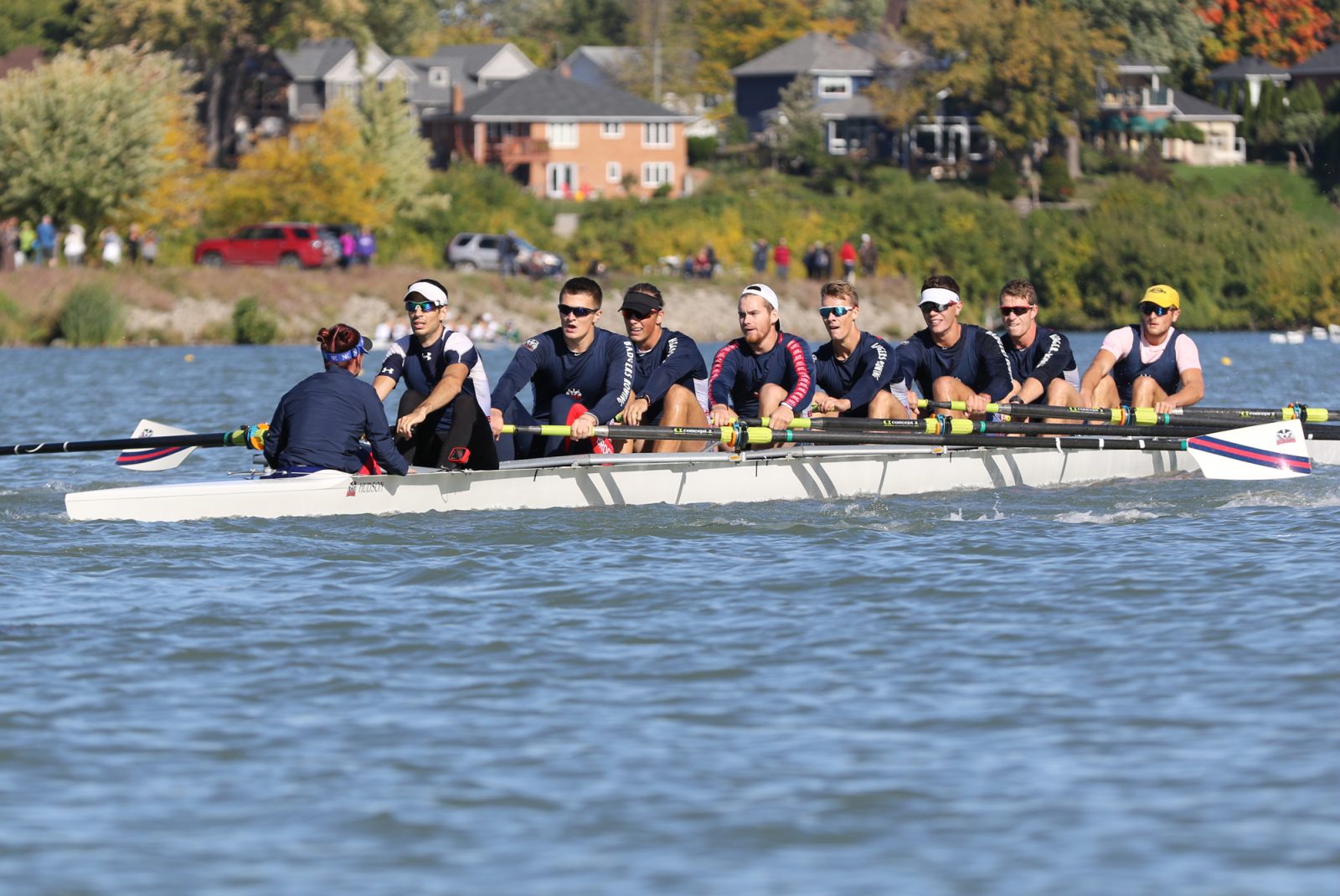 The Brock University men’s and women’s rowing teams will be competing in the OUA championships in St. Catharines Friday and then a day later they’ll christen five new boats.

During their annual boat christening at 3:30 p.m. on Saturday, Oct. 29 at Henley Island, Brock Rowing will honour three former Brock rowers, a longtime rowing supporter and a well-known Niagara fundraiser.

A coxed four rowing shell will be named after Rob Jennings, a former Brock University rower, who graduated in 1968.

Now living in Calgary, Jennings became the youngest director at what is now known as ScotiaMcLeod. He went on to numerous successful business enterprises, including creating Jennings Capital Inc. in 1993, which has grown to 85 employees and $40 million in revenue. The company has raised more than $3 billion for Canadian companies and entrepreneurs requiring capital to expand employment and business opportunities.

Jennings also served as chair of the Athletes Village for the 1988 Winter Olympics in Calgary, has worked with numerous charities, and sits on a number of corporate boards. Jennings and his wife are flying in from Calgary for the christening.

Crawford, a Silver Badger as part of Brock’s first-ever graduating class, rowed for Brock as part of the school’s first rowing crew, which was the first sport at Brock. Crawford has been volunteering in rowing behind the scenes as part of the Cat Crew, which operates the catamarans on the rowing course — installing and removing regatta equipment and maintaining the on-water facilities.

Lapinski, also A Silver Badger and part of that inaugural rowing crew, has coached rowing at the high school level. Lapinski is well-known as the photographer at the grandstand taking countless photos of winners on the podium at the Canadian High School Championships and Henley since the 1980s. Lapinski has also edited books on rowing at Denis Morris, the 100th anniversary pictorial history of St. Catharines Rowing Club, and the 40th anniversary of Brock Athletics. He has been an active volunteer at the St. Catharines museum for 15 years.

Brock Rowing also had two boats donated by the Wise Guys Charity which will be named after Sue Erskine and Chuck Smith.

Erskine has committed the past four decades to rowing. Recognizing her on a shell is appropriate for her dedication and involvement with the rowing community starting as director of St. Catharines Rowing Club in the late 1970s, President of the Rowing Club, Director and President of Canadian Henley Rowing Corporation. She also has been highly involved in many community organizations, such as YMCA, YWCA, Trillium Foundation and served the city of St. Catharines as a councillor and deputy mayor.

Chuck Smith is best known as the founder of the Wise Guys Charity Fund, which has raised more than $2 million for area projects. The fund was launched after a successful drive to raise money to help build a new YMCA community centre in north St. Catharines. It became a registered charity in 1997 and its most prominent fundraiser is a celebrity golf tournament held every year. Money raised by the Wise Guys has supported dozens of Niagara-focused charities.

Brock Rowing will also unveil a display recognizing the 15 Rowers that have participated in the Olympics: