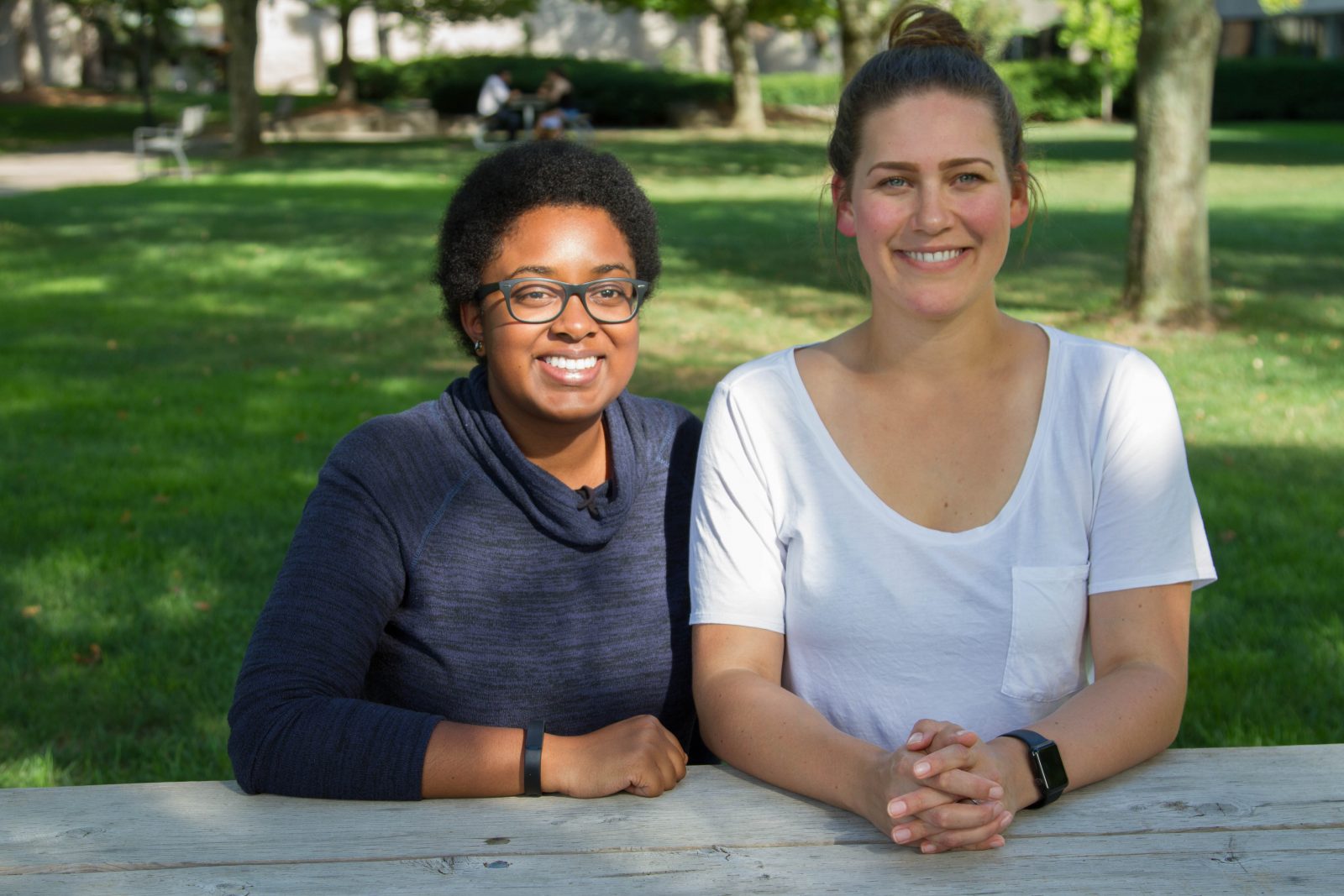 Being at the forefront of research on emerging Ontario wine styles is yielding positive recognition from the academic community for two grad students studying at Brock University’s Cool Climate Oenology and Viticulture Institute (CCOVI).

Jennifer Kelly and Esther Onguta were recently recognized with both of the oenology student awards presented at the 41st annual meeting of the American Society for Enology and Viticulture Eastern Section (ASEV-ES) in St. Louis, Mo.

The conference, attended by top scholars, researchers and students, shares the latest research findings and developments in the grape and wine industry across the Eastern United States and Canada.

Kelly, a PhD candidate in biotechnology, is examining how various winemaking decisions impact wine quality and consumer preference in appassimento-style wine made in Ontario. This emerging wine style gives winemakers the opportunity to make full-bodied red wines in growing seasons that may not allow grapes to fully mature on the vine.

It was an honour for Brock students to sweep the student oenology awards at this year’s conference.

She attended the conference as a recipient of one of seven 2016 ASEV Student Scholarships. While there, Kelly received the award for Best Student Enology Presentation for the second year in a row. She works under the supervision of Debbie Inglis and Gary Pickering, both researchers at Brock’s CCOVI.

“It was an honour for Brock students to sweep the student oenology awards at this year’s conference,” Kelly said. “It demonstrates the respect amongst fellow researchers for the work going on here.”

Onguta, a MSc candidate in biotechnology, is studying how to optimize the quality of Ontario sparkling wine – a style that is increasing in both production and consumption within the province. At the conference, she was recognized with the Best Student Enology Poster. She also works under the supervision of Inglis.

“I was the only student presenting on sparkling wine,” Onguta said. “Being recognized for my work helped me realize that people appreciate the effort that’s gone into my project and how the work is being presented.”

Both of these projects are funded through grants received by CCOVI researchers. Kelly’s work is funded by the Ontario Research Fund’s Research Excellence program and through in-kind support from Cave Spring Cellars and Pillitteri Estates Winery. Onguta’s work is funded by the Ontario Ministry of Agriculture, Food and Rural Affairs and through in-kind support from Trius Winery at Hillebrand, Fielding Estate Winery and Millesime Sparkling Wine Processing Inc.