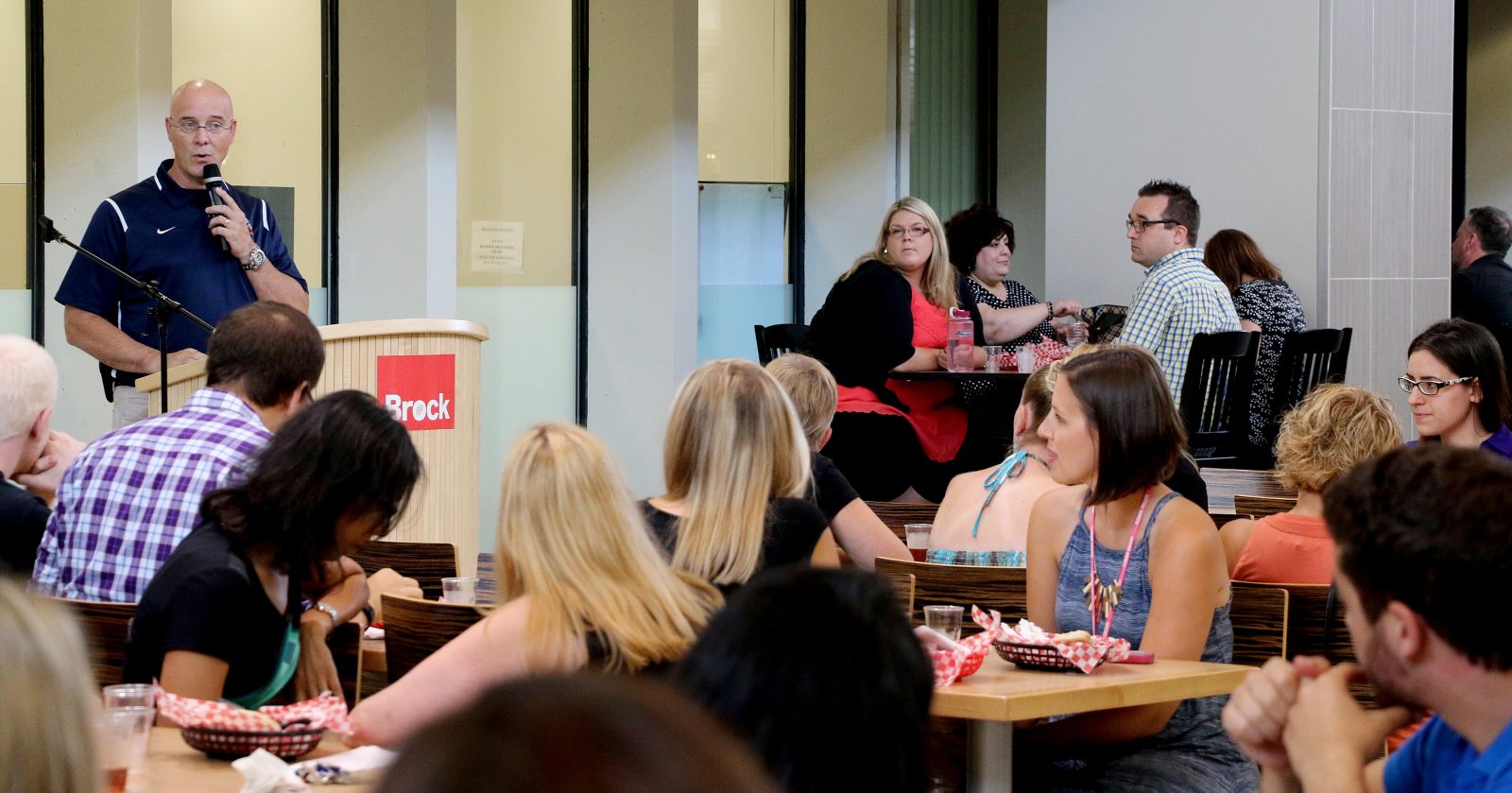 It was a sold out crowd in Market Hall Thursday for the annual Opening of Term Celebration.

He said there are some amazing bricks and mortar projects starting, including the Goodman School of Business expansion, as well as two new master’s programs beginning next month.

“We look forward to the term and making the students very successful,” he said.

Senate chair Scott Henderson, associate professor in the Department of Communication, Pop Culture and Film, helped usher in the new term and pointed out that Brock never really slows down, even during the summer.

“There’s no true end or beginning of the academic cycle,” he said, pointing to summer programming and the continued research that happens year round.

“We welcome the new term as one where Brock will continue to grow, prosper and embed itself in the heart of the community,” he said.