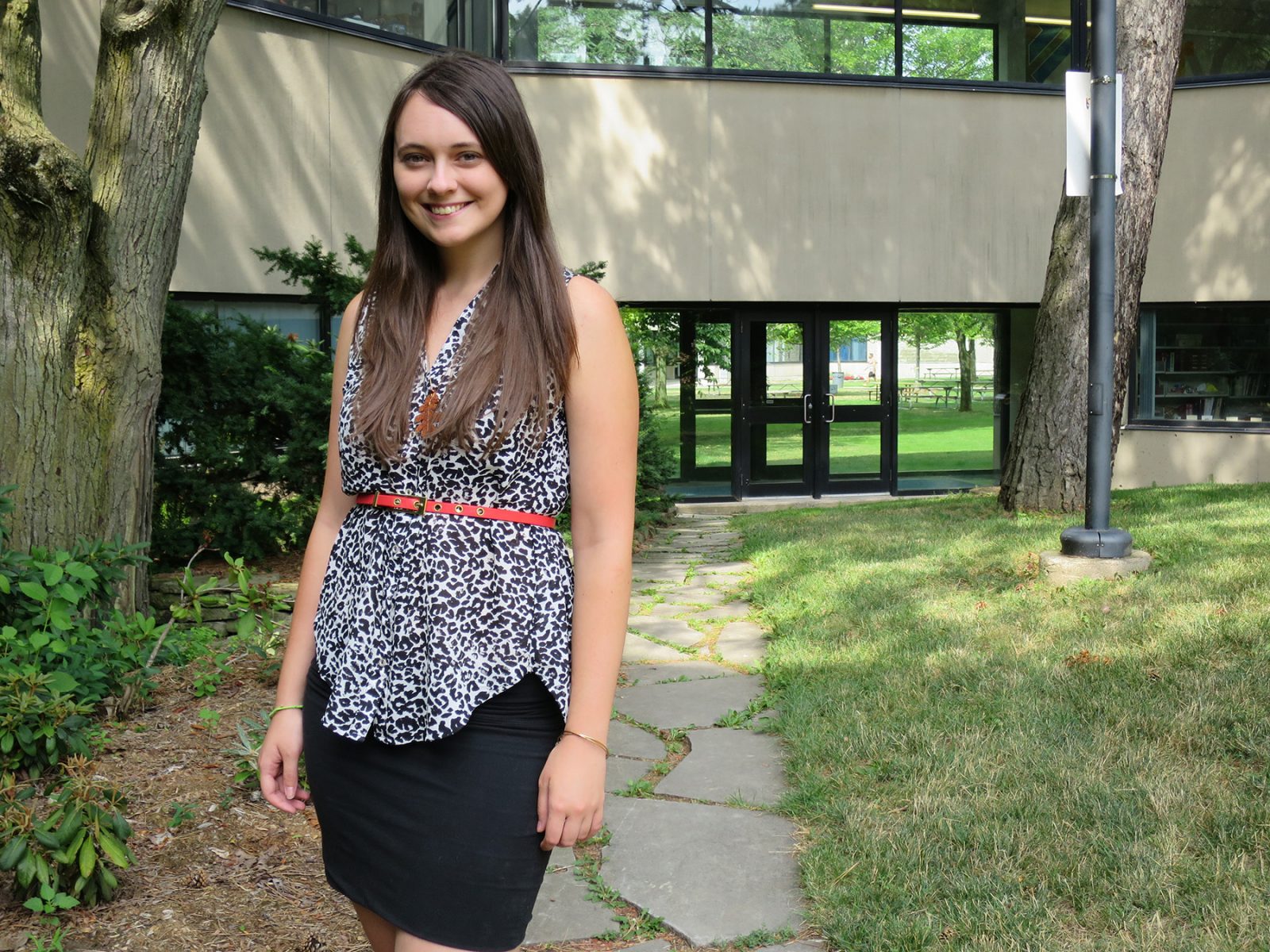 Sleep takes up a lot of Kari Lustig’s life — even when she is awake. The PhD student in Brock’s Psychology program is a sleep researcher.

Lustig, of Kamloops, B.C., recently completed master’s research that provides evidence that our ability to process emotions in other people becomes impaired when sleep is restricted. She’s about to begin doctoral research to continue exploring how and why this happens with a specific focus on the role of hormones.

The goal of her PhD study is to determine if hormones can be viewed as a mechanism to explain some of the deficits observed in emotional processing after sleep loss.

The research is important because a lot of people do restrict their sleep for different reasons. By reducing sleep, we are impacting our ability to accurately detect emotions in other people and that has consequences for how we develop and carry out social relationships.

“It makes for a very complex relationship to investigate,” Lustig says. “We know several things about the connection among the three. For example, recent studies have shown that sleep disruption leads to changes in hormone concentrations. We also know that sleep loss affects emotional processing. As well, we know that in well-rested people, hormones affect emotional processing.”

“The research is important because a lot of people do restrict their sleep for different reasons. By reducing sleep, we are impacting our ability to accurately detect emotions in other people and that has consequences for how we develop and carry out social relationships.”

The Natural Sciences and Engineering Research Council (NSERC) recently recognized Lustig for excellence in research by awarding her a prestigious doctoral Canada Graduate Scholarship. The award provides Lustig with a total of $105,000 in funding over the next three years.

“Uniting the disparate topic areas of sleep, hormones, and emotion is a novel direction in sleep research,” says Cote. “While the relation between sleep deprivation and changes in emotional tone and response has been documented, there’s little discussion of neurobiological mechanisms.”

Lustig is sharing her work through conference presentations in front of multi-disciplinary gatherings of researchers and practitioners from around the world. In September, she’ll give a poster presentation at the 23rd Congress of the European Sleep Research Society, Sept. 13 to 16, in Bologna.

“I’ve noticed that it’s a little lonely at conferences in terms of my specific area — there aren’t a lot of people doing what I’m doing,” she says. “The conferences are great opportunities for me to explain my research to people who come from a wide range of perspectives. I was recently at a conference in Denver where I spoke to clinical and medical professionals, including endocrinologists who treat hormone diseases, as well as other sleep researchers. I’m thrilled by the interest my work is attracting at the conferences.”

In her master’s thesis, Lustig examined the effect of having only four hours of sleep, a common level of sleep loss, on waking emotion processes. She recruited men and women to participate in the study that was carried out at Brock’s Sleep Lab.

After having four hours of sleep, the individuals were shown photographs of emotional faces and were asked to describe what emotion they saw from the photographs.

“In that study, for example, when we showed participants photographs of sad faces, they said the wrong emotion or described them as being neutral,” she explains.

Lustig also acquired saliva samples from each participant before and after their sleep period. She then analyzed the samples to determine changes in hormone levels involving cortisol, testosterone levels in men, and estradiol and progesterone in women.

“Hormones are the challenging part of the study, particularly with women because you have to account for hormone changes due to menstrual cycle,” she says.

Lustig will again be recruiting men and women for her doctoral work. She is finalizing her study approach and expects it will involve three distinct phases. In the first phase, she will examine the effects of sleep that participants are actually receiving by allowing participants unrestricted sleep times. In the second part of the study, she’ll manipulate the sleep periods. She’s particularly excited about the third stage in which she proposes to manipulate hormone levels.

“This third phase would allow us to directly investigate the impact of endocrine — hormonal — factors on the relationship between emotional processing,” she says. “That will provide us the opportunity to better understand hormones as a possible mechanism, mediating factor or protective factor of the emotional processing deficit.”