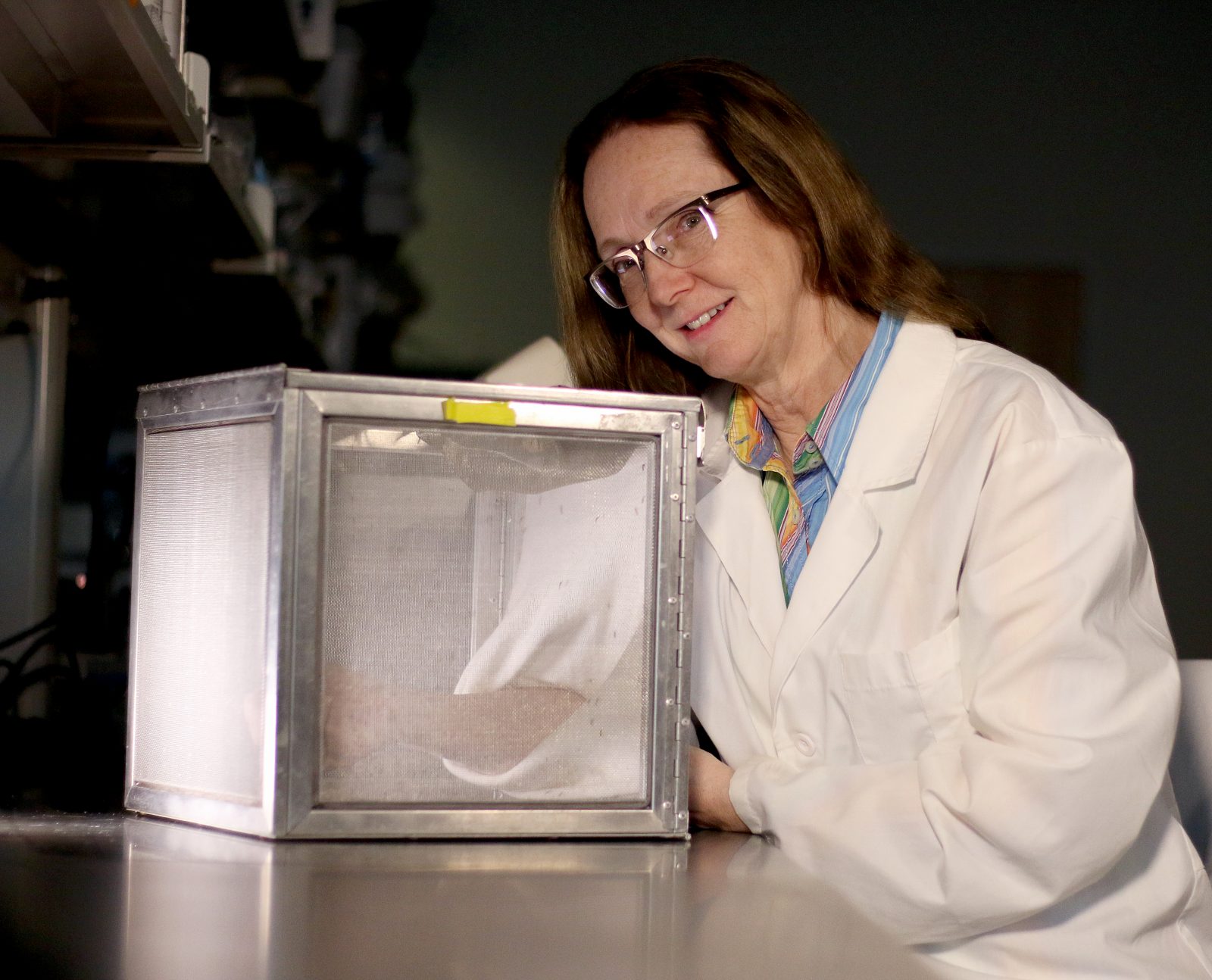 It’s been a frustrating summer for researchers working on the Zika virus in Brock University’s CL3 lab. The drought blanketing much of Ontario is not only adversely impacting crops; it’s also hurting mosquito populations.

“Our trap catches for mosquitoes are so low this year, it is unprecedented for us,” said Professor Fiona Hunter, a medical entomologist. “Normally we’d be getting hundreds and hundreds of mosquitoes in traps. Now we are lucky if we get a dozen. It’s that bad.”

She said mosquitoes breed in standing water, which is in short supply in Niagara and much of the province.

It means that we may not get the full story this year.

Fewer mosquitoes out biting people is good news from a public health perspective. But, for researchers on the cutting-edge of research into Zika transmission and the mosquito vectors capable of spreading it, a shortage of the local pests is disappointing.

The research team had hoped to be testing thousands of mosquitoes a week throughout the summer, rather than dozens.

“It means that we may not get the full story this year,” Hunter said.

So far this summer, Hunter and her team of graduate students have tested a half dozen species of mosquitoes caught locally. None of them can transmit the Zika virus.

There are 67 species of mosquitoes in Ontario and Brock’s researchers continue to set weekly CDC light traps to catch as many as possible.

“We take those mosquitos back to the lab and try to feed them in the CL3 lab on infected blood,” Hunter explained. Brock’s CL3 lab with an insectary is the only one of its kind in a Canadian university.

The Public Health Agency of Canada sent Brock two strains of the Zika virus, one from an outbreak in Thailand in 2013 and the other a sample from Puerto Rico’s outbreak in 2016.

Zika has gained notoriety, and spread fear across the Americas, since moving from Africa and French Polynesia to South America.

In Brazil, the virus has caused a public health emergency and is being linked to an increase in Guillain-Barré syndrome as well as a surge in the number of babies born with microcephaly – an abnormal smallness of the head.

In March, Hunter went to Brazil for a global summit focussed on the Aedes aegypti species of mosquito, which at the time was believed to be the main vector for the virus.

But, Hunter said another genus (or classification) of mosquitoes is emerging as a potential vector as well.

“It means that Zika is not restricted to only one or two mosquito vectors, which we’ve actually known all along because there were always over 20 mosquitoes that tested positive for Zika in the early literature from Africa. The idea of its being in this other Culex genus raises questions about how they are trying to control Zika in places like Brazil and even Florida,” she said, noting breeding areas and habits can vary by genus.

The Asian tiger mosquito, Aedes albopictus, a species also known to vector Zika, is found farther north in the U.S. than Aedes aegypti, which isn’t found in Canada.

One of Hunter’s students is specifically looking for the Asian tiger mosquito and its eggs in Niagara.

“We’ve got the perfect climate here for them,” Hunter said.

She said the species was found in Niagara more than a decade ago but hasn’t established itself this far north.

Despite the shortage of mosquitoes, Hunter and her team continue their research using colony mosquitoes.

“We have been able to confirm that Aedes aegypti can transmit the virus. We wanted to make sure we have a positive control. We’ve successfully infected and seen transmission,” she said. “We know that we can run these experiments.”

Hunter is still holding out hope for more mosquitoes, noting in a typical year the pesky insects can be caught until the end of October.