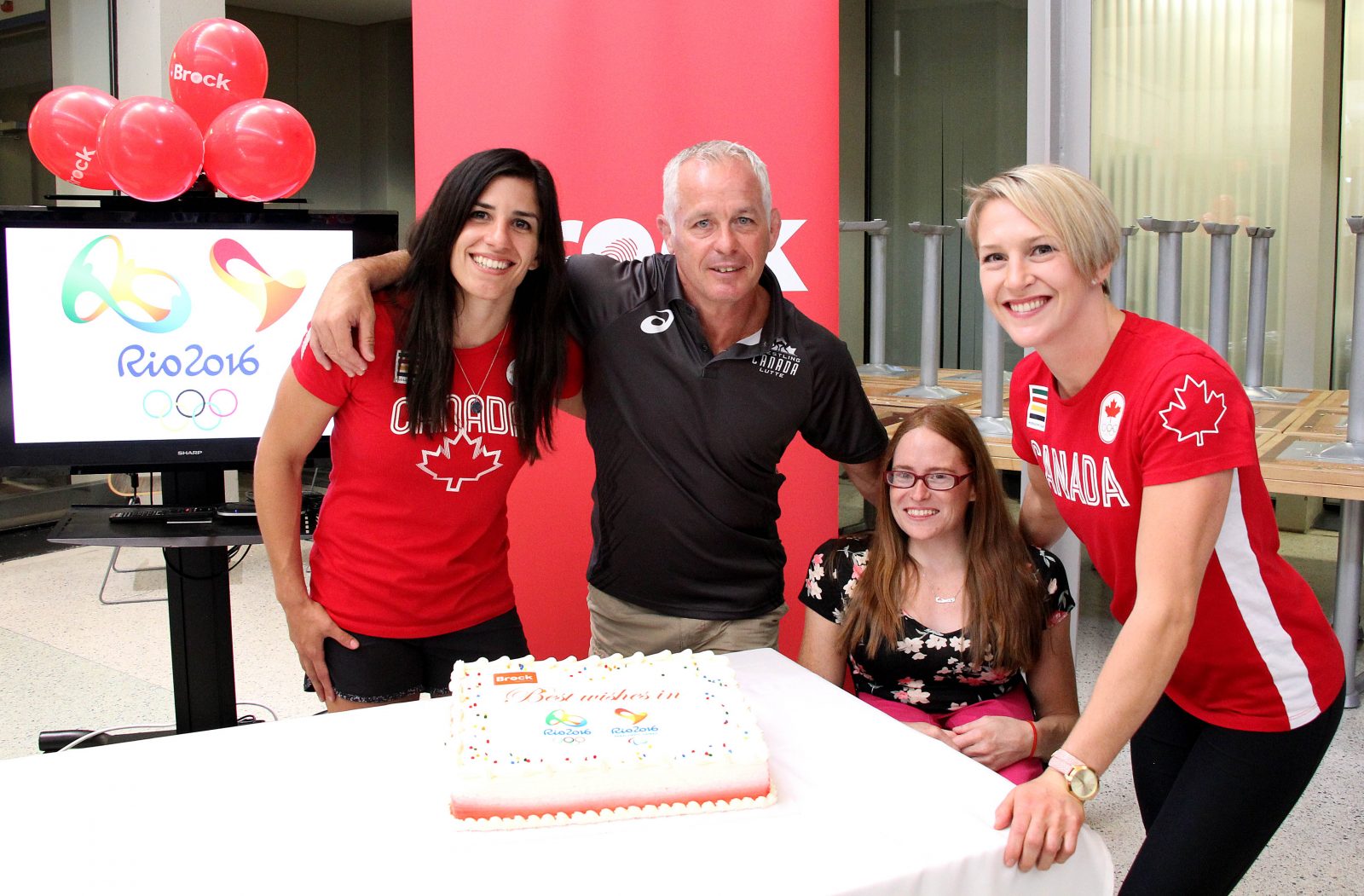 Years of sacrifice, struggle and strength will come down to one moment for two Brock University wrestlers competing at the Rio Olympics this week.

Michelle Fazzari, a Brock grad and wrestling team member, will see her Olympic dream come true Wednesday when she competes in the 58-kilogram division. The event begins at 9 a.m.

She’s wrestled hard for the past 11 years to get to the Olympic Games. Before leaving for Brazil, she was feeling focused, optimistic and grateful.

“What an opportunity. I get to represent Canada. How lucky I am because there’s probably a thousand other people who would love to be in my shoes,” she said.

It’s been an uphill battle but this is what I’ve fought so hard for.

“There are so many times in this sport when you want to give up,” Fazzari said, noting she’s had her eye on the Olympics since she was 19 and a student at Brock. “It’s been an uphill battle but this is what I’ve fought so hard for.”

The 29-year-old Hamilton native said she definitely has her eye on a medal.

“I haven’t worked this hard to just go there. I want to be on that podium,” she said. “This is a once-in-a-lifetime opportunity.”
But, Fazzari said no matter what happens in Rio, she won’t have any regrets. “This has been way more of an emotional journey than I ever dreamed of.”

Brock wrestling coach Marty Calder, who is in Rio with the team, said Fazzari has been a Top 10 wrester since 2012. He said she is a tremendous defensive wrestler and also has solid offensive skills.

“She a complete athlete,” he said. “She’s dominating and very strong and fit for her size.”

He said she will be a force to be reckoned with on the mats in Rio.

The 29 year old from Saskatoon uprooted her life two years ago to come to Brock and train with the wrestling team.

It’s a move that paid off and helped her make her Olympic dream come true. While Gallays started wrestling in Grade 9, she didn’t go pro until 2012.

Regardless of the outcome, I’m so proud and happy with my journey.

“I really just wrestled because I love the sport,” she said. “These last four years, I’ve focused on the Olympics.”

Gallays is proud to be representing Canada and the Brock wrestling team.

“Regardless of the outcome, I’m so proud and happy with my journey,” she said. “I’m so thankful I moved to Brock.”

She said she’s anxious to find out how she’ll do in the Olympics. Like Fazzari, she’s in it to win it.

“I didn’t work this hard to go to the Olympics. I want to win. I want to bring home a medal.”

Calder said Gallays has skills that can devastate her competitors on the mat.

“She is a grinder. She has a real knack for competing,” he said.

Calder said the wrestlers are staying a few hours from Rio in order to keep their heads in the game and continue training without distractions.

It’s a method that worked well for him as a competitor when he wrestled for Canada in two Olympic Games and as a Team Canada coach in five others.