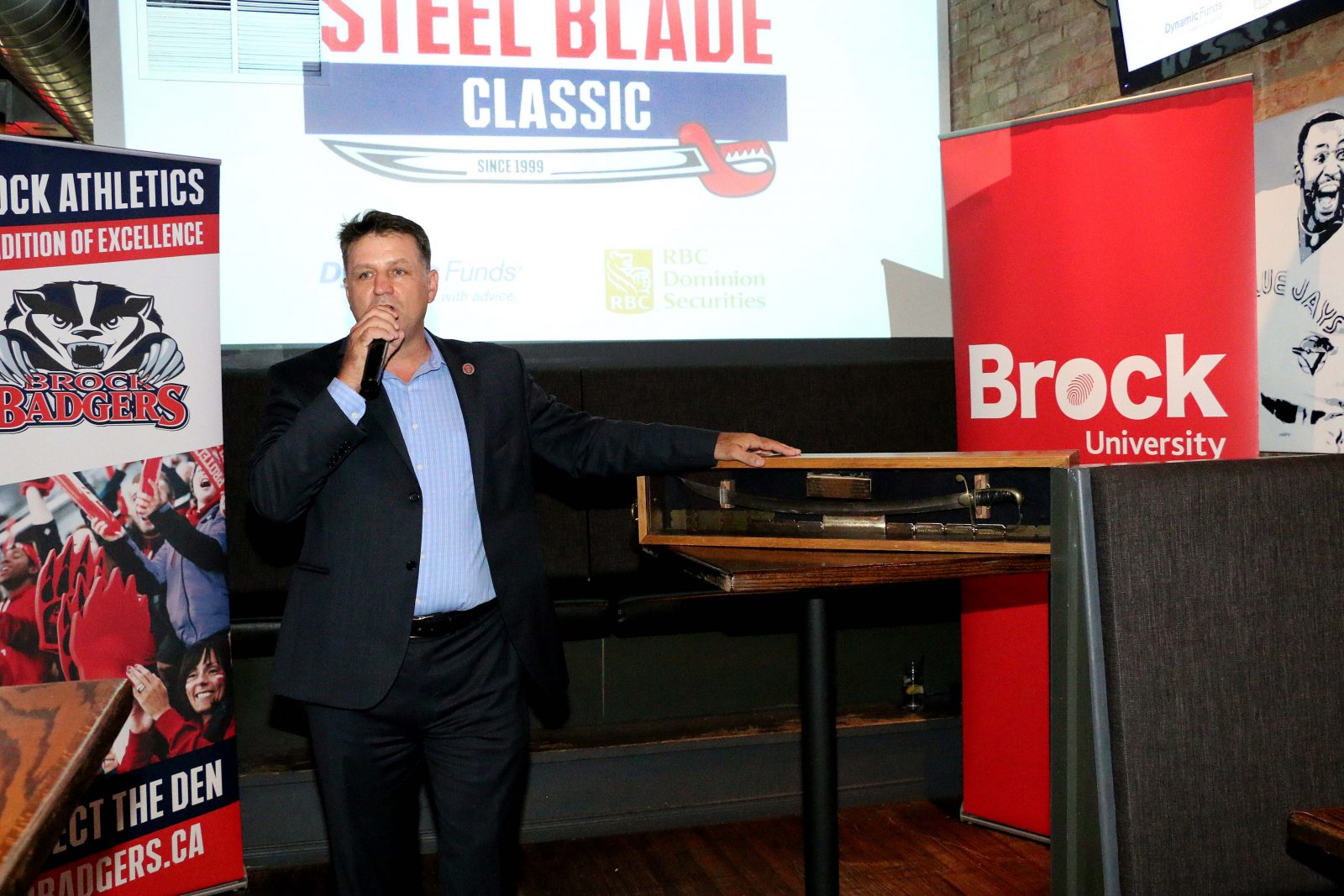 The Brock Badgers are once again taking their show on the road, this time hitting the ice in the heart of downtown St. Catharines.

For the first time ever, the Steel Blade Classic hockey game will be held at the Meridian Centre in downtown St. Catharines. The Badgers will take on the Guelph Gryphons on Friday, Sept. 16, and the game will be preceded by a Homecoming Tailgate Party in the adjacent parking lot of the Marilyn I. Walker School of Fine and Performing Arts.

“This will become one of the marquee events of Brock’s Homecoming Weekend,” said Brian Hutchings, Acting President. “We want the Niagara community to come downtown and enjoy the festivities with us.” 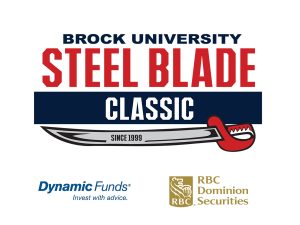 The tailgate party will feature music, a barbecue, games for kids, a beer tent and more.

The Steel Blade Classic hockey game follows at 7 p.m. and builds on a pair of Brock Badgers men’s and women’s basketball doubleheaders that were held at the Meridian Centre last season.

“From a venue perspective, because of the energy that is created by the fans at the Meridian Centre, this is a great way to take Brock sport to the next level, which is what we’re going to do,” said Brock University Director of Athletics and Recreation Neil Lumsden.

“The Gryphons are very much looking forward to playing in such a prestigious event and continuing a renewed rivalry with the Badgers,” McRoberts said. “Playing at the Meridian Centre will be an amazing opportunity for our student-athletes and coaches. I think the Steel Blade Classic will continue to be a tradition for years to come and we know the Badgers will host a top-notch event.”

This year marks the 18th edition of the Steel Blade Classic, and it has become one of the hottest tickets of the year for Brock students and Niagara hockey fans. Last year’s game at the Seymour-Hannah Sports and Entertainment Centre, where the Badgers typically play their home games, was packed with boisterous fans. The Homecoming game has been sold out the past five years.

While this year’s Steel Blade will be a one-game tilt, the Steel Blade Classic has been a tournament in the past and, in 2015, the Badgers edged the Gryphons 5-4 in the championship game. Brock has been crowned Steel Blade champions the past five years and nine times in the tournament’s history.

“One of the original objectives for Steel Blade was to offer an annual hockey event that links the history of our region with our community and the University. We continue to accomplish that and, over time, our players, fans, students and alumni have shared those connections,” said Nystrom. “That has created a certain level of expectation when it comes to on-ice performance, but that’s a good thing. Our players and staff relish that challenge.”

“CIS hockey is a bit of a hidden gem because when you look at the pedigree of these hockey players and where they’ve come, it translates into a very high level of hockey,” he said.

Worth noting is that the championship trophy that carries the name of the annual Steel Blade winner is a sword donated by the Werner family. It was the sword carried by Sergeants of the Upper Canada Artillery Units and Royal Artillery during the War of 1812 and is a priceless piece of Canadian history.

The tailgate party is free and public tickets for the hockey game are available at www.steelbladeclassic.com. A limited number of free student tickets will be available from the Walker Complex Welcome Desk in September.

Friday, Sept. 16, 4 p.m. at the Marilyn I. Walker School of Fine and Performing Arts Parking Lot