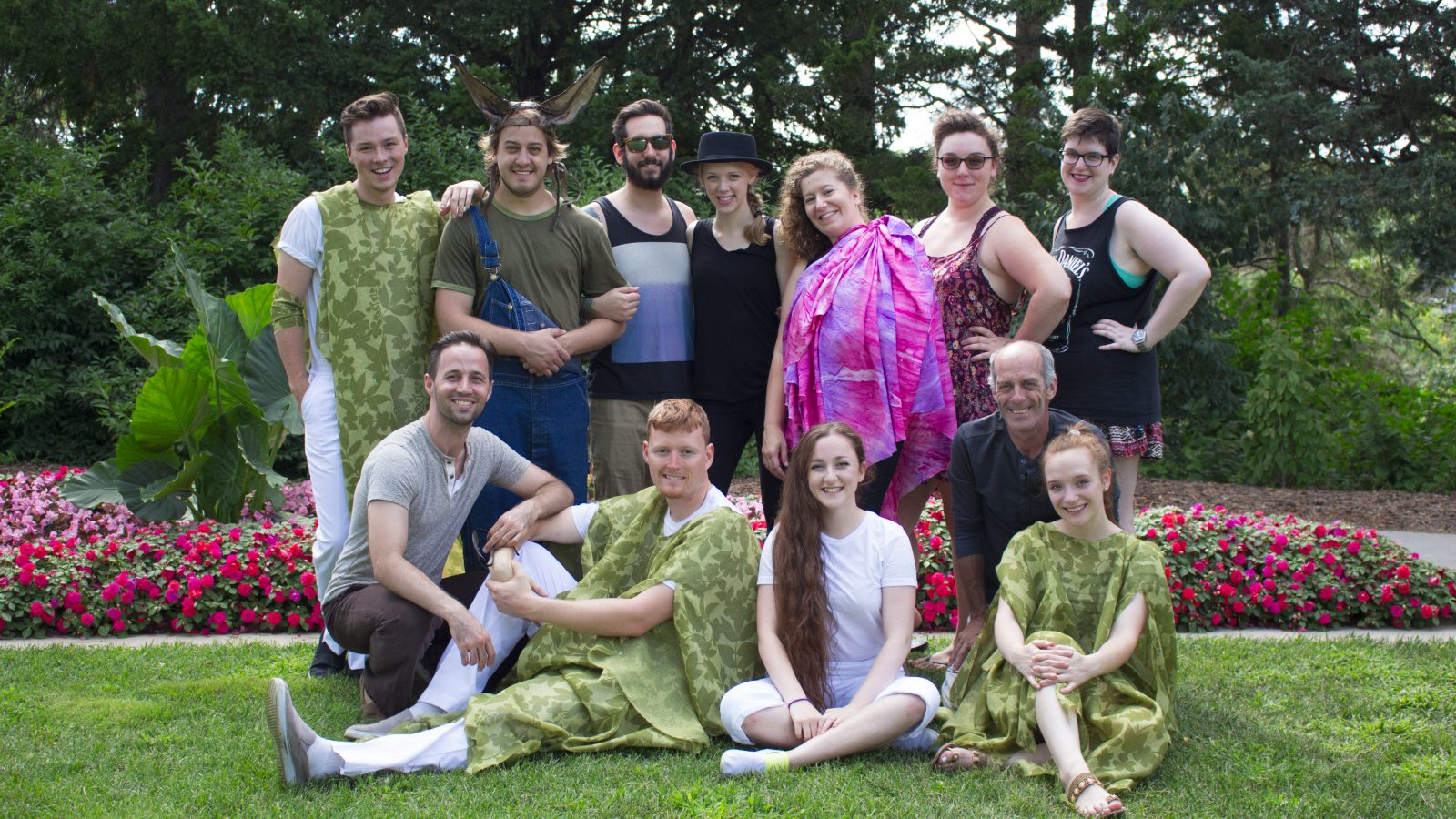 A troupe of Brock University students is putting their dramatic arts talents to work this summer.

Tottering Biped Theatre’s production of Shakespeare’s “A Midsummer Night’s Dream” – on now at the Royal Botanical Gardens in Hamilton – features a number of familiar Brock faces.

The production, held at the newly opened David Braley and Nancy Gordon Rock Garden, has been three years in the making. Director and Brock drama instructor Todd Copp says his goal is to offer local opportunities to recent theatre grads.

“We’ve noticed the difficulty emerging artists have here in getting off the ground and we lose artistic talent to Toronto and further cities every year as a result,” he says on the production’s Facebook page. “In casting this piece, we searched this area’s post secondary theatre programs for the most talented senior students/recent graduates – and offered them paid theatre work. It’s unprecedented in our area.”

The production links young actors with more experienced ones, teaching the next generation of actors that they don’t need to move away to pursue their passion.

A number of recent and current Brock drama students are involved on the stage and behind the scenes including Sean McClelland, Sean Rintoul, Caitlin Popek, Nicole James and Dana Morin.

Nicole James, who is pursuing her BA in dramatic arts with a concentration in production and design, is the production’s stage manager and embraces the challenge of managing a nine-person cast. She works with assistant stage manager and fellow Brock student, Dana Morin.

James credits Carolyn Mackenzie’s stage management course for giving her the skills she needs for the job.

“I have the privilege to work professionally in the theatre,” she says. “It’s so obvious that the instructors at the Marilyn I. Walker School of Fine and Performing Arts Dramatic Arts department actually care and are invested in the education of every single student.”

Copp was an instructor with Brock’s Dramatic Arts program in 2016 and is the artistic director of Burlington’s Tottering Biped Theatre. Founded in 2009, the company is inspired by social justice. They have toured regionally and internationally.