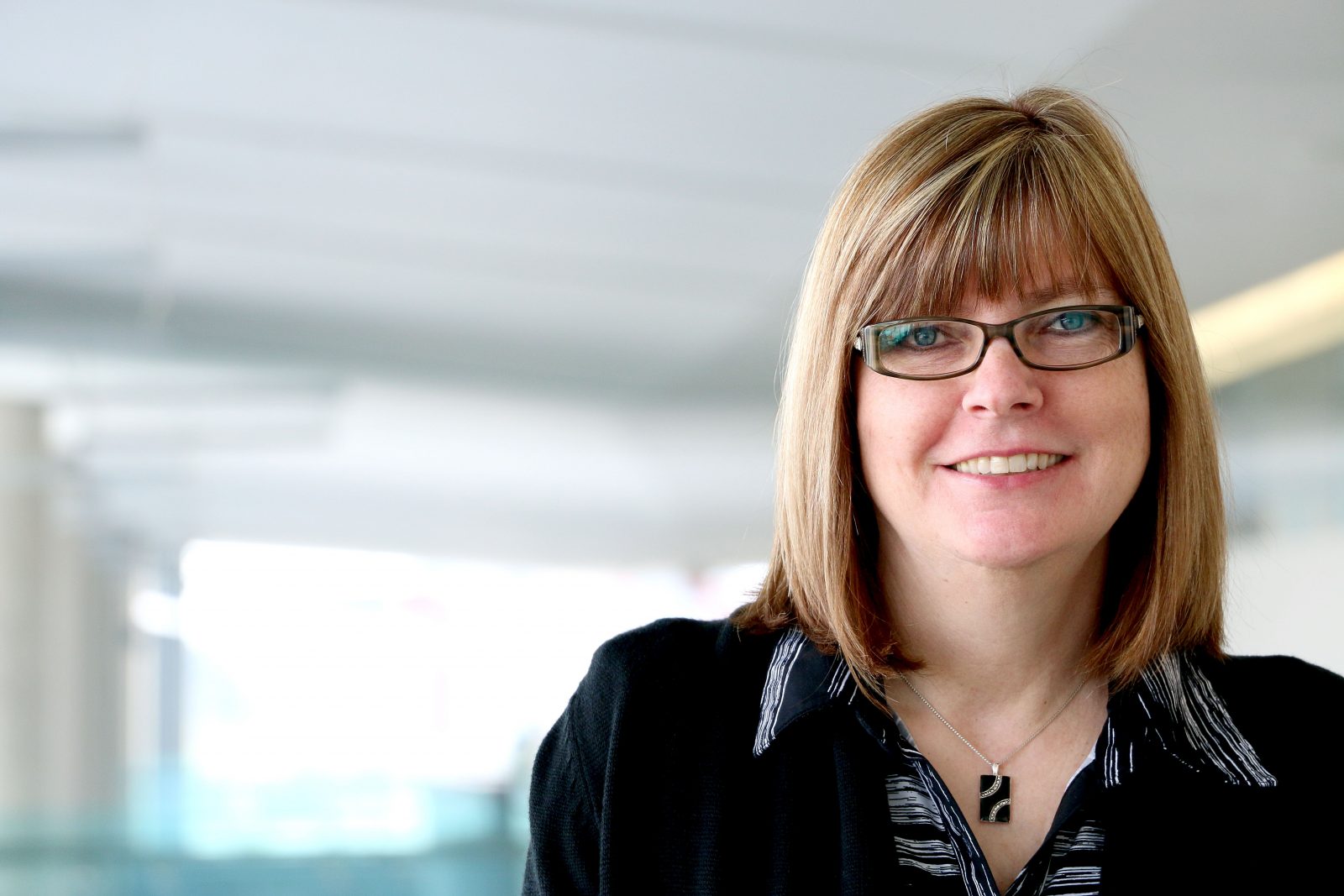 Many parents of adolescents have shaken their heads in wonder, saying, ‘What were you thinking?’ when confronting their child’s risky behaviour.

Perhaps the right question should be: ‘How were you thinking?’ As in, what happens in the brain of an adolescent when they’re tempted to do something that might endanger their health, particularly in moments of intense excitement with their friends?

A comprehensive research team from Brock University’s Centre for Lifespan Development is studying that question, with the help of a $1.43 million grant over five years from the Canadian Institutes of Health Research (CIHR).

Specifically, the team is looking to assess whether there is support for the ‘Dual Systems Model’ theory of adolescent brain development.

According to the theory, that part of the brain called the ‘striatum’ and the ‘medial and orbitol prefrontal cortices,’ which increase motivation to pursue rewards, is relatively well-developed in adolescents. But the ‘prefrontal cortex’ – where the brain makes choices between right and wrong, predicts outcomes of actions or events and suppresses emotional or sexual urges – needs more time to mature. 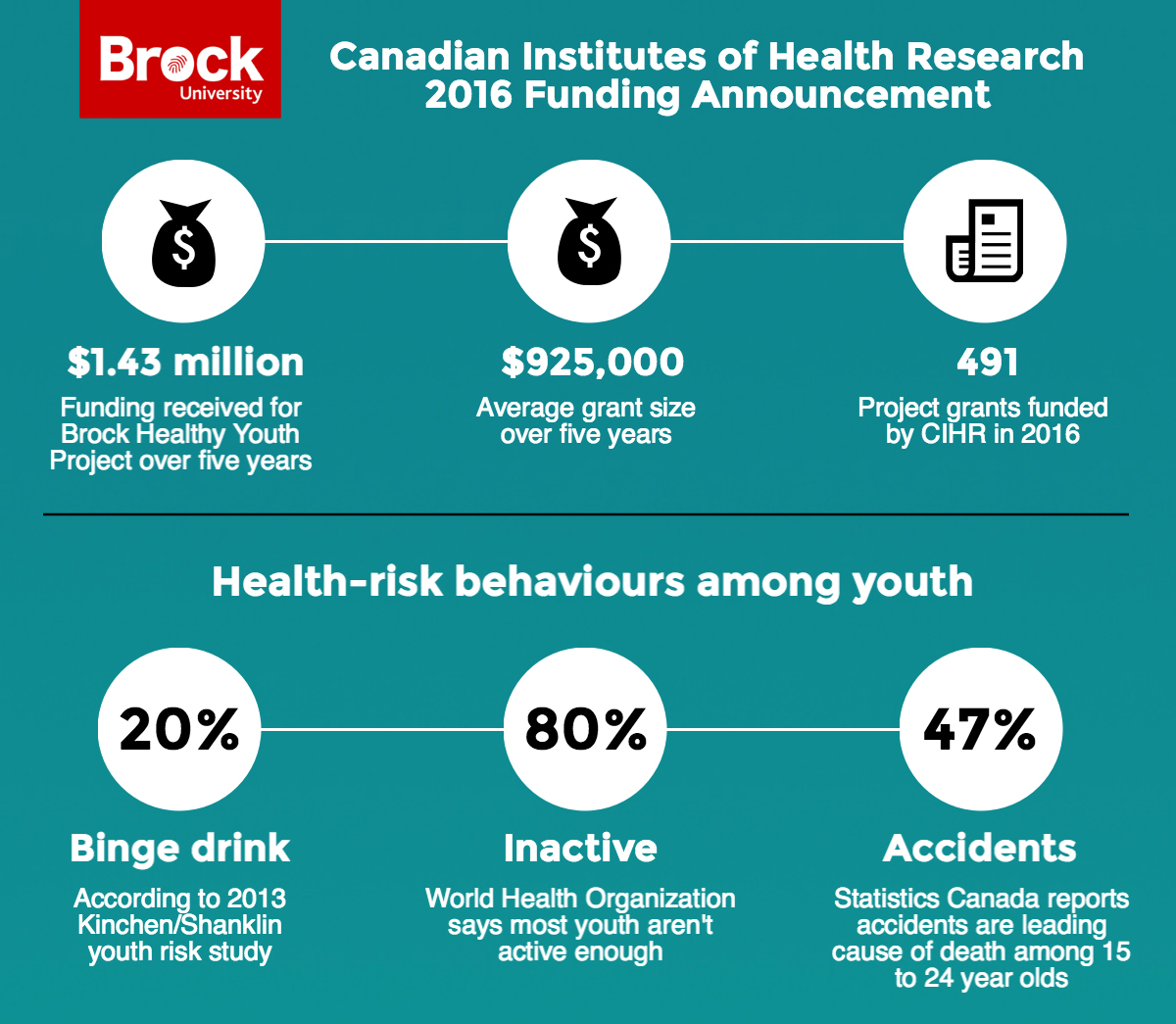 “That helps explain why adolescents sometimes do things that are risky for their health,” says Teena Willoughby, Centre for Lifespan Development co-director and team leader.

“But there hasn’t been a lot of research about how that theory directly translates into adolescents’ health behaviours. That’s where we come in: we’re going to look at the interaction between brain development and health-risk behaviours.”

These behaviours include not only the obvious ones like substance abuse, smoking, drinking and risky sexual activity, but even physical inactivity and poor nutrition.

What’s unique about this study, says Willoughby, is that research participants will be monitored over a five-year period.

“Most of the current research occurs in one shot: you get adolescents into the laboratory, you look at how brain activity at this one point in time is related to performance on different lab-based risk taking tasks, but you don’t really know how changes over time in the brain are related to health-risk behaviours outside the lab,” she says.

“If we can show direct links between the dual systems model of brain development and health-risk behaviours, that would then solidify the theory.

Researchers plan on recruiting 600 boys and girls ages eight to 13 who will be enrolled in the study for five years. The children and adolescents will fill out annual self-report surveys and will engage in various lab tasks twice-yearly.

In addition to addressing the ‘Dual Systems Model’ theory, the research will shed much light on the development of adolescent health-risk behaviours, factors that influence these behaviours, and what kinds of policies and practices can be created to manage or mitigate risks, says Willoughby.

Another intriguing question that the research aims to address is: Do brain changes lead to risk behaviours, or can behaviour such as being involved in sports or clubs enhance the brain’s impulse control abilities?

“Can giving youth more responsibilities enhance that maturation of the prefrontal cortex? That could be a powerful outcome of the research if we could show that,” says Willoughby, adding that structured activities can be used not only to enhance brain development but channel youth into positive, productive risk-taking activities.

We certainly want to prevent health risk behaviours, but we also want to promote the enthusiasm, the passion, and encourage greater involvement in society.

“Youth often are usually highly motivated and passionate,” says Willoughby. “We certainly want to prevent health risk behaviours, but we also want to promote the enthusiasm, the passion, and encourage greater involvement in society.”

Willoughby and her team will be working closely with 10 local, national and international partners, including: the United Nations Children’s Fund (UNICEF); the Mental Health Commission of Canada; the Canadian Centre on Substance Abuse; and Niagara Region Public Health, among others.

She says the partners will be helping to guide the research as well as be receiving frequent research result updates. “We’re hoping that this research will be translated into practice really quickly because we have such fantastic partners who will be with us,” says Willoughby.

“This is outstanding because it recognizes both the high quality and impact of our research in adolescent development,” says Joffre Mercier, Associate Vice-President Research, Natural and Health Sciences. “We’re very proud of our researchers whose work is well recognized and competitive at the national and international levels.”

“It’s very difficult to do longitudinal research, and it’s expensive to do anything exploring brain development,” says Willoughby. “To get enough money to actually explore these areas, which I think are critically important for understanding both positive and negative behaviours in youth, is outstanding.”

CIHR also announced that it has awarded another Brock University researcher, Professor of Health Sciences Terrance Wade, a one-year grant of $100,000 for his research program, “Adverse Childhood Experiences (ACEs), Blood Pressure, and Cardiovascular Structure and Function from Childhood to Early Adulthood.”

The Canadian Institutes of Health Research (CIHR) is Canada’s federal funding agency for health research. Composed of 13 Institutes, the agency collaborates with partners and researchers to support the discoveries and innovations that improve our health and strengthen our health care system.

For a discussion on the wider topic, see Brock University’s podcast: Understanding risk-taking behaviours in adolescence.