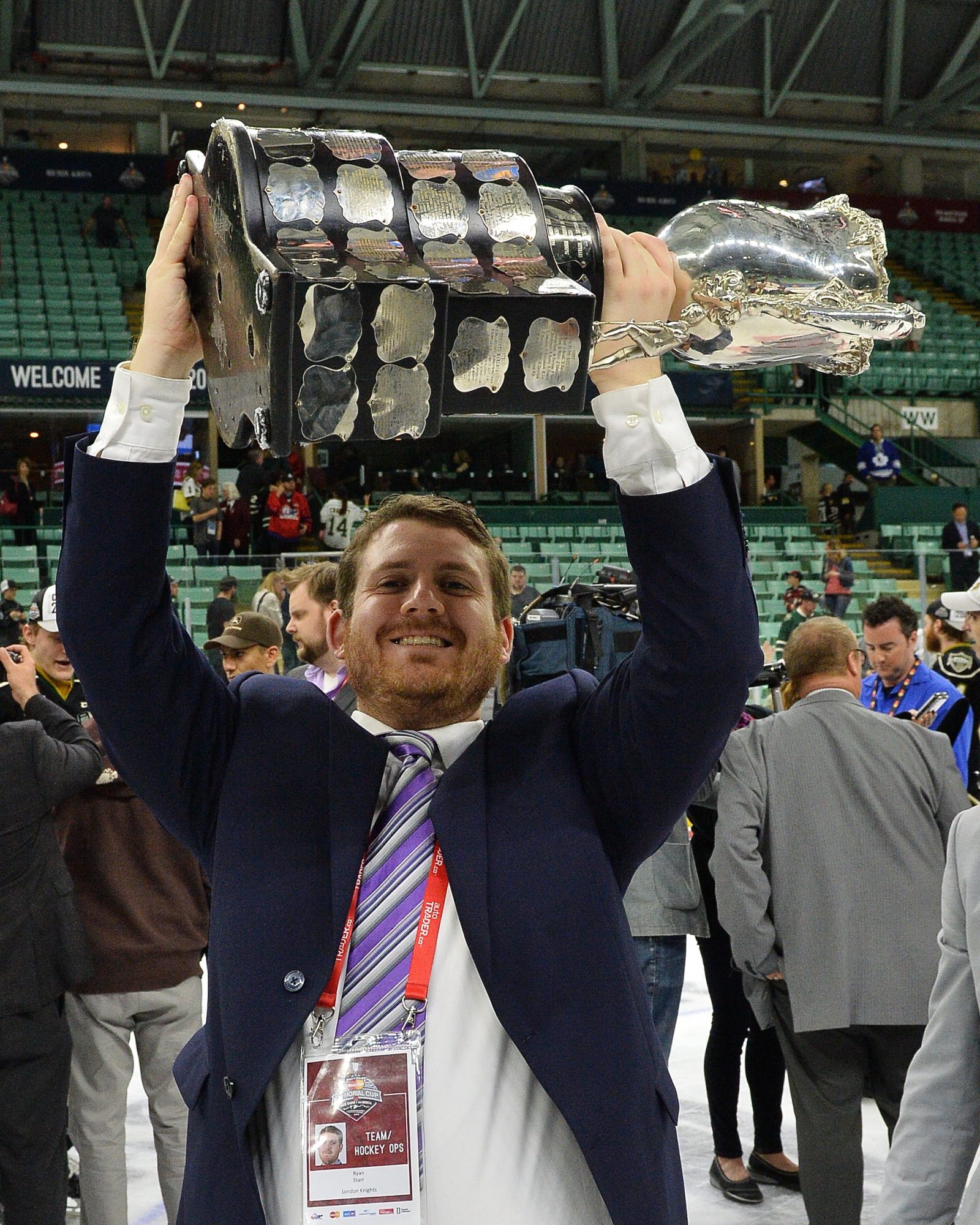 “If someone would have told me a year ago, I would be working for a championship hockey team, I never would have believed them,” says the London Knights’ new Public Relations and Communications Manager.

Seven months ago, Starr was preparing to defend his master’s thesis on the effects of hosting major games on sport participation among Canadians. Little did he know, only a few months later he would join the management of a team on their way to winning the 2016 MasterCard Memorial Cup.

“It’s unbelievable to think of where I am now. In my role, I am the main point of communication for the team between local media, fans and community leaders,” says Starr.

As a sport management (SPMA) graduate, Starr says the program prepared him to take on this challenge.

“Arguably the most important aspect of my position is to know how to build and foster relationships with local fans and media. The sport industry knowledge I gained from the SPMA professors has been invaluable in preparing me for this role,” says Starr.

During his time at Brock, Starr received practical and focused learning about the sport industry which helped him develop an understanding of management concepts and critical skills.

“A lot of people come into the Sport Management program with the hope of working for a big four team (NHL, NFL, MLB, NBA) right out of school. If you look at the Ontario Hockey League (OHL), the purpose is to prepare players to make the jump into the NHL, however this can also be applied to front office staff,” says Starr.

“The OHL is a developmental league in that everything is similar to the NHL, just on a smaller scale. The hockey operations are smaller, the crowds are generally smaller, and the arenas are smaller, however all of the principles and philosophies are the same when it comes to the on-ice product.”

“The business operations and the front office responsibilities are all on a smaller scale compared to the big league teams, however the focus is the same and the OHL gives you a chance to develop your skills alongside the players,” he says.

Starr is a great ambassador for the Sport Management program.

“Ryan was consistently engaged as a student in his learning. The skills he acquired at Brock University led him to a great job and the opportunity to work with the London Knights through their winning season has certainly provided him with valuable experience as he establishes himself in this role,” says MA thesis supervisor Lucie Thibault.

Excited and humbled by his new position, Starr looks to continue building upon his start with the team.

“I owe my professional success to the professors and staff in the Department of Sport Management at Brock. My ability to secure employment so quickly after finishing my degree requirements is a testament to how incredible this program is,” says Starr.