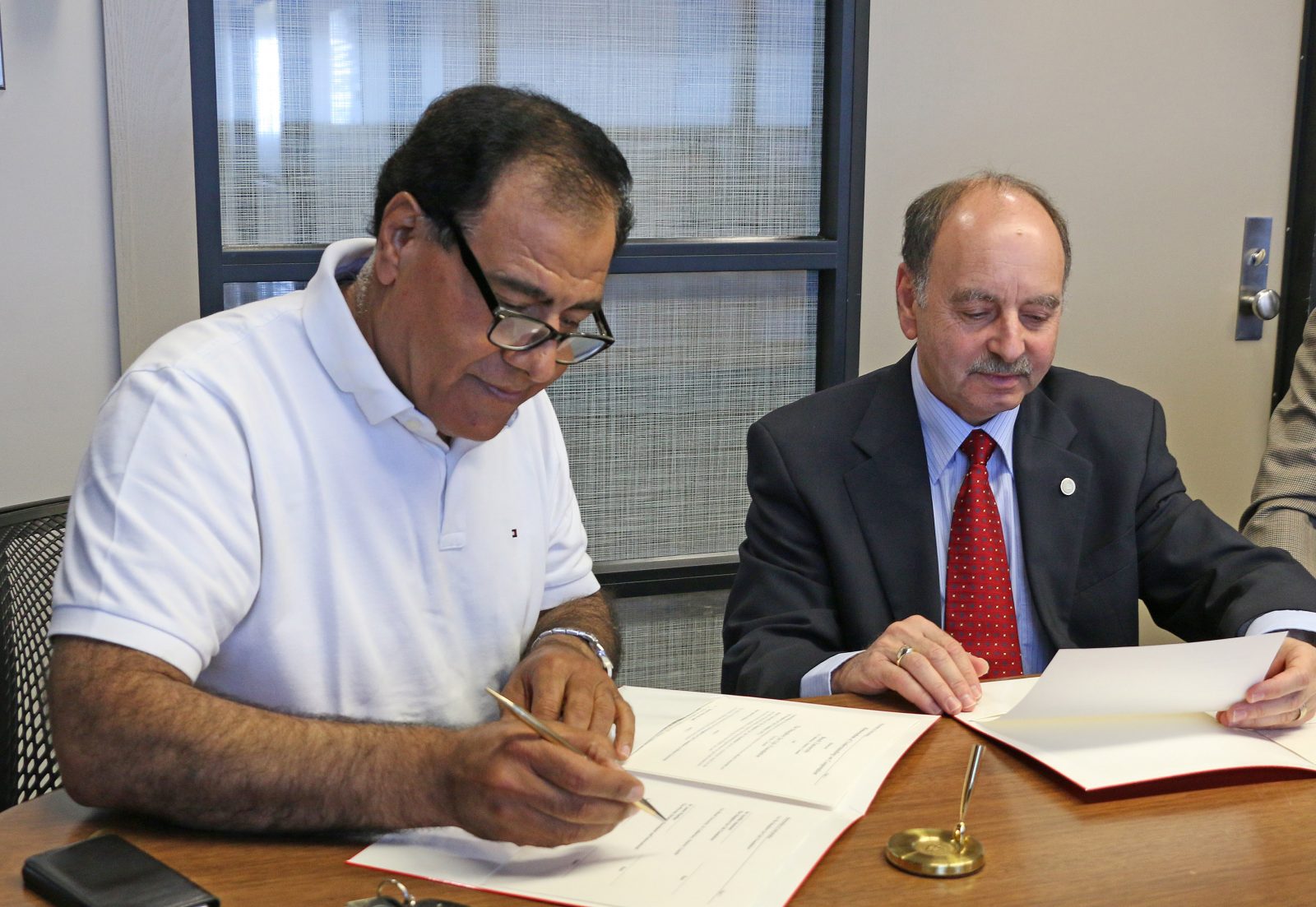 The gifted daughter of an impoverished street-sweeper in Morocco could some day be attending Brock University, thanks to a new partnership between Brock and the Daughters for Life Foundation.

On Tuesday, June 28 the University formally partnered with the foundation to create a full scholarship for young women from the Middle East and regional countries.

Daughters for Life is a charity led by Nobel Prize nominee Dr. Izzeldin Abuelaish, a Palestinian physician and renowned peace activist who created the organization after three of his daughters were killed by tank shells in Gaza in 2009.

The foundation seeks opportunities to help young women of all religions from Middle East and regional countries pursue studies otherwise inaccessible to them, in the belief that lasting peace in the region depends on empowering girls and young women through education. It is aimed at young women whose financial situation prevent them from pursuing a post-secondary education.

Daughters for Life works to develop scholarship support and opportunities for post-secondary study in Canada, the US and the UK.

On Tuesday, Abuelaish and Brock President Jack Lightstone signed the memorandum of understanding. Under the agreement, Brock will provide a full four-year undergraduate scholarship, including accommodation and meal plan, and commits to work with Daughters for Life to secure funding for additional full or partial scholarships for undergraduate or graduate students. Daughters for Life covers any transportation costs and visa fees.

The agreement comes three weeks after Abuelaish received an honourary doctorate degree from Brock during Spring Convocation. The scholarship resulted directly from discussions that took place between Abuelaish and Lightstone during that visit.

At the signing ceremony, Abuelaish spoke of a phone call he received this week from a friend in Morocco, telling about a young woman who has just graduated with the highest high school grades in that country. Her impoverished family could never afford to have her attend university.

No individual has been selected to attend Brock on the Daughters for Life scholarship yet, but Abuelaish said the Moroccan woman is typical of the kind of student his charity seeks to help in life-changing ways.

“To see this young woman who has nothing, who comes from financial hardship, this is how we can make a difference with good deeds,” he said. “This kind of partnership is what gives her hope, and gives others hope.

“Young women like her have the right to get the best education according to their academic success, not according to heir socio-economic needs. If there is a will, there is a way, and that is what we are doing here today. Working together, nothing is impossible.”

Lightstone said Brock is honoured to be a partner in the Daughters for Life program.

“Contributing to the development of young women in Middle East for whom any higher education, let alone higher education abroad, is beyond their means, makes Brock a partner in positive change and the impetus for peace in that geo-political sphere,” said Lightstone.