Grad combines love of the beach with sustainability research 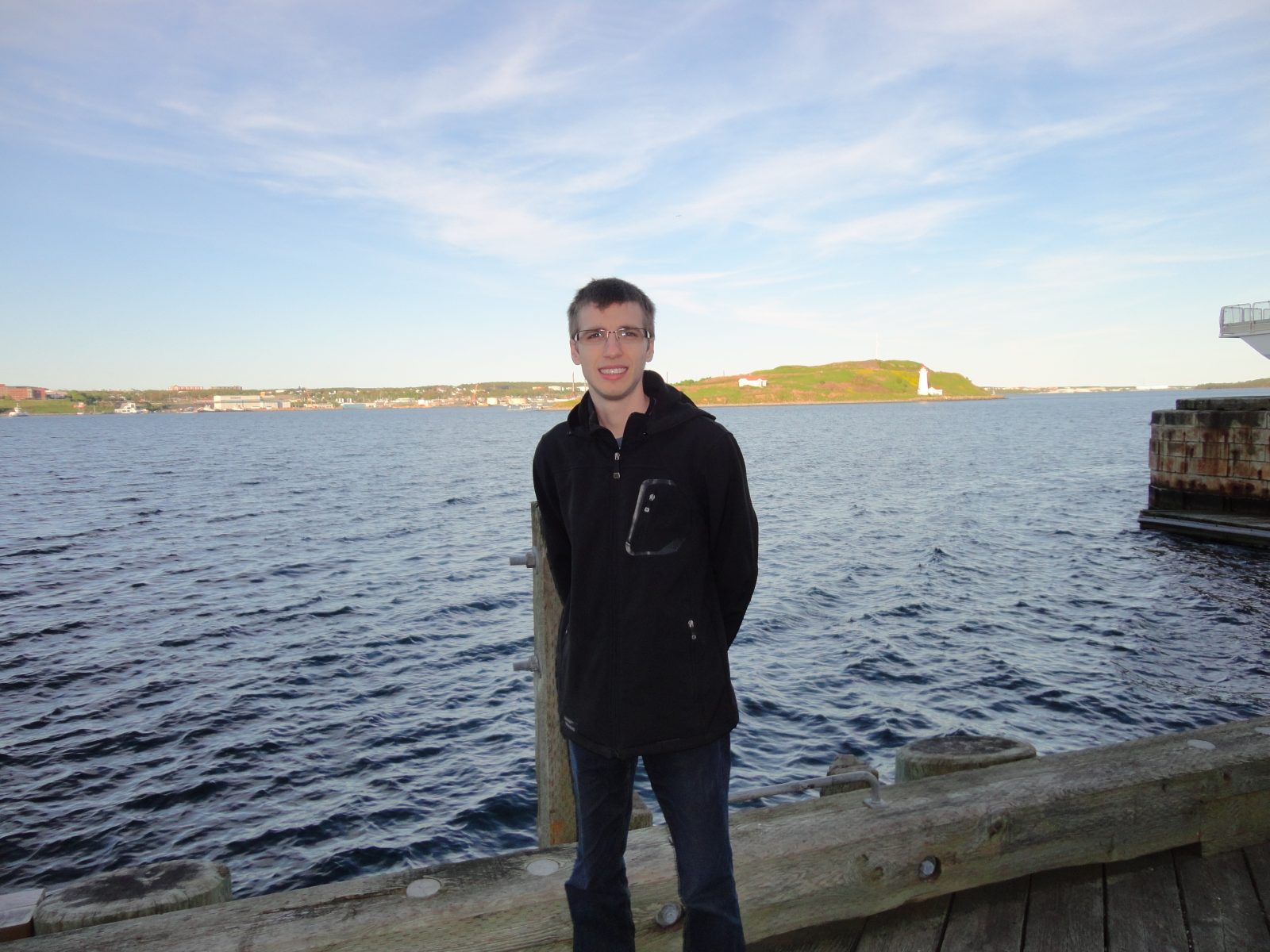 Southampton Beach was a wonderland of sand, fun and sun for a young Brodie Hague.

Each summer, Hague’s family left their Hamilton home to spend two weeks at a cottage along the tranquil waterfront setting of Lake Huron.

The master’s student in Brock’s Sustainability Science and Society (SSAS) program still looks forward to taking a summer break along the four-kilometre shoreline.

More recently, he found a way to combine his love for his longtime summer playground with his passion for geography and the environment.

Hague based his master’s research thesis on the use of remote sensing to map and monitor the dune vegetation at Southampton.

On Tuesday, June 7, Hague was among the program’s first class of graduates at Spring Convocation. The other students to graduate are Erin Duffy, Sarah Holmes, Christine Janzen, Samantha Morris and Samantha Stea.

The program was launched in 2014 as one of only a few master’s degrees specifically designed to address contemporary challenges through the transdisciplinary lens of sustainability science.

“Our first graduating class is a measure of the program’s success,” says Professor Marilyne Jollineau, who is the Interim Director of the program and also Hague’s thesis supervisor. “Our students are approaching a wide range of environmental and sustainability issues by breaking down traditional barriers between disciplines. The work of our new graduates will have a far-reaching impact with research topics that include, for example, climate change, environmental communications, corporate social responsibility, renewable energy and sustainability education.”

When Hague came into the program, after completing a concurrent degree in Education and Geography at Brock, he was already thinking about focusing his research on the dunes.

“It was probably in the mid 1990s that I remember the first signs of grassroots efforts by the community to create awareness and take action to protect the dunes,” he says. “I remember coming back one summer to see fencing being built through the dune system and designated play areas being developed along with signage and information about the restoration and protection measures.”

Southampton is the home to the Chantry Dune system, one of five major dune systems along the eastern shores of Lake Huron. The dune complex, explains Brodie, provides habitat for a diverse range of vegetation species, some of which are native, rare and threatened. The coastal dune ecosystem has an important role in preventing erosion of the beach shoreline.

The sustainability of these fragile ecosystems, says Hague, face serious threat from recreational use, shoreline development and natural disturbances such as fluctuating lake levels.

Hague’s project focused on using satellite remote sensing technology to map and monitor changes to the Chantry Dune system over a seven-year period, from 2005 to 2012. To carry out his project, Hague received financial support from the Department of Geography to purchase two high spatial resolution satellite images from 2005 and 2012, respectively.

“The first part of the project focused on the health of the dune vegetation and to determine the patterns of change in the vegetation from 2005 to 2012,” he explains.

Hague used a numerical indicator called the normalized difference vegetation index (NDVI) to analyze measurements and to assign values to the health of the dune vegetation throughout the time period.

“The study determined that little had changed over the past seven years and, in fact, there was an increase in both the extent and health of vegetation. That may be partly explained by the low water levels in Lake Huron during the time period.”

“Personally, the project has been a chance for me to give back in a way. The beach and town of Southampton has been a special part of my life for as long as I can remember. I hope my research will help to ensure that many others can continue to enjoy such a wonderful playground without harming the health of the dune ecosystem.”