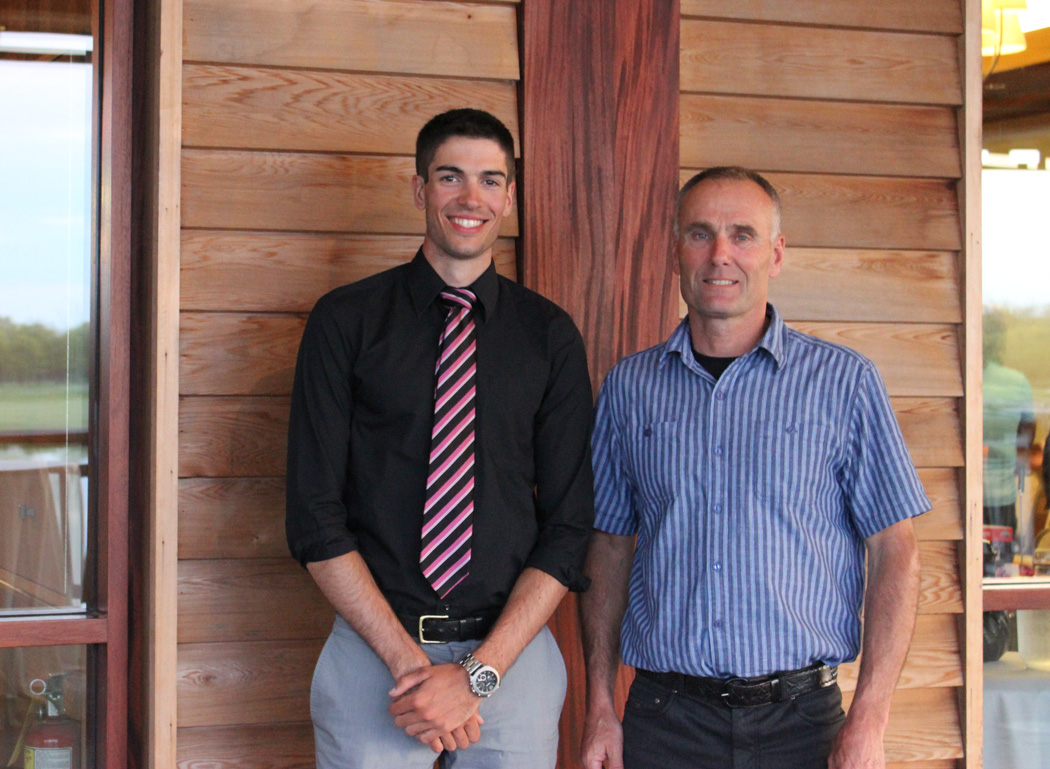 As an overwhelmed and unmotivated freshman, Jacob Thomas lost interest in his schooling and lost his status as an honours student.

Embarrassed and disappointed, he met with Men’s Rowing Coach Peter Somerwil at the rowing centre at Brock University.

“He changed my life,” Thomas says.

Even though he had no rowing experience, Somerwil trained with him during the winter. Thomas fell in love with the sport.

Today, Thomas spends all his time on the water. He is motived by his coach and has re-earned his honours status.

Thomas says he’s proud to walk the Brock campus alongside his teammates.

He feels fortunate to have earned the President’s Award Bursary this past year.

Student-athletes at Brock University dedicate many hours to training, while maintaining strong academic performance in a full course load and engaging in the community.

This year, the tournament was held at the Legends on the Niagara golf course and raised $65,000 in support of scholarships and bursaries for Brock’s talented and hard-working student-athletes.

During the event Doug Smith, Chair of Wise Guys Charity Fund, presented Brock President and Vice-Chancellor Jack Lightstone with a cheque for $30,000 to purchase a pairs rowing shell to be used by the Women’s Rowing Team. Somerwil said the team’s current shell is 20 years old and in dire need of replacement. The Brock Women’s Rowing pair team won OUA gold using the 20-year-old shell this past year.

“The University is extremely grateful for the ongoing support of the golfers and participates in the President’s Golf Tournament,” Lightstone says.