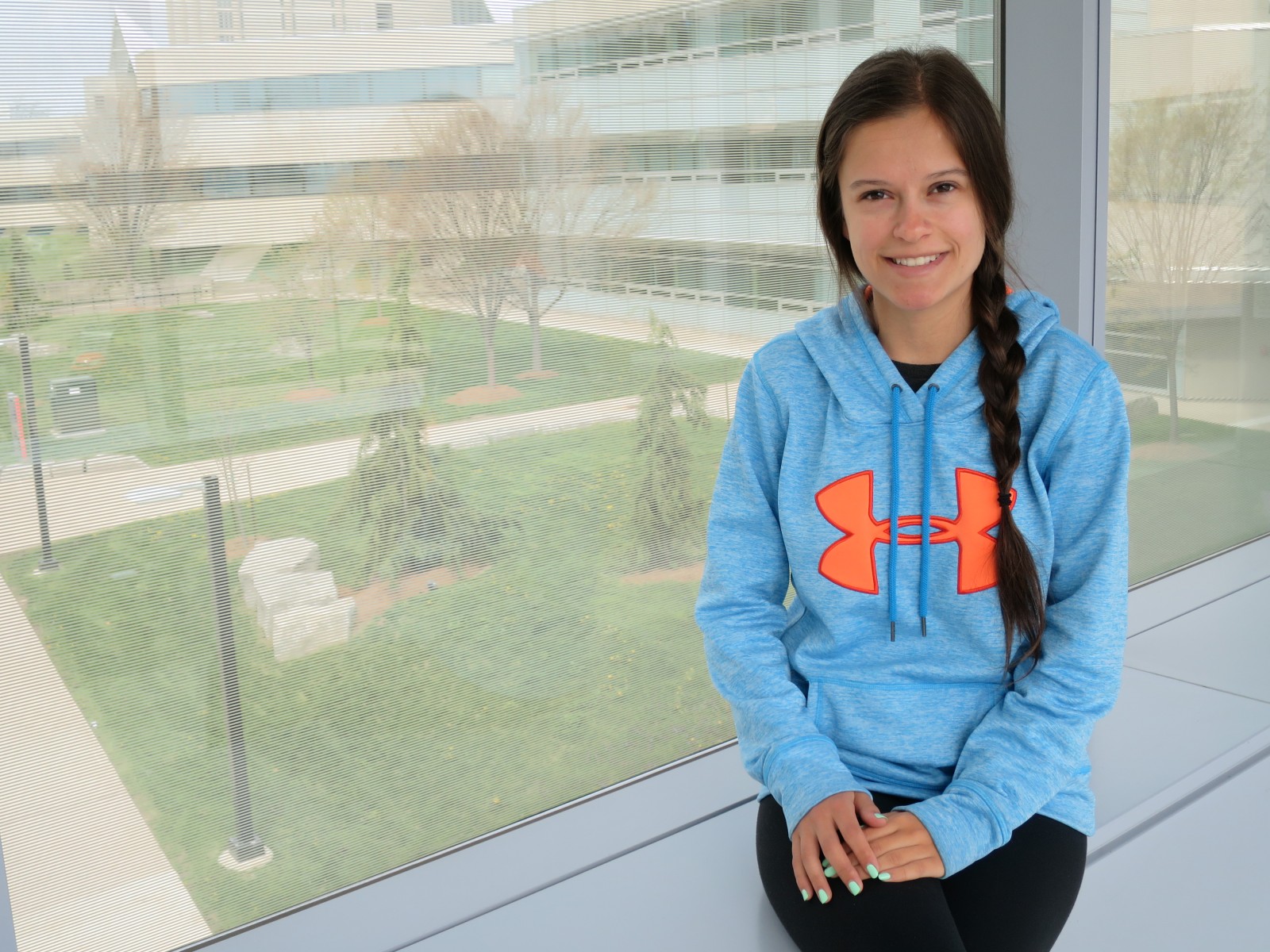 Ramona Rat isn’t a sports fan at all really. Yet, this August, the Master’s student in Brock’s Mathematics and Statistics program, plans to tune into the coverage of the Summer Olympic Games in Rio.

She’s particularly interested in the performance of the 27 Canadian men and women swimmers who will compete Aug. 6 to 13 at the Olympic Aquatics Stadium.

The ultimate goal was to give this data to Canadian coaches so that they could have a benchmark as to finish times that swimmers need to train towards in order to be on the podium.

In 2014, Rat was a Brock co-op student at Canadian Tire Financial Services, a premier national partner of the Canadian Olympic Committee. During her eight-month placement, she was assigned, as part of a small group of credit risk analysts, to conduct a statistical analysis of Olympic swimming results.

The objective of their work was to analyze past podium times and provide statistical predictions of the average finish times for all male and female swimming events at the 2016 and 2020 Olympic Games.

“The ultimate goal was to give this data to Canadian coaches so that they could have a benchmark as to finish times that swimmers need to train towards in order to be on the podium,” Rat says. “I don’t normally watch sports but I am looking forward to keeping track of the results in Rio.”

The Canadian swim team is looking to better its podium appearances from the 2012 London Summer Olympics at which Canada won three medals.

The first step in the project, says Rat, was to “scrape” data from the Olympic website.

“It’s a good example of how technology has made it possible to quickly and easily access data,” she explains. “We were able to collect historic data, available on the Olympic website, of all winning times for male and female swimming events — that’s approximately 15 events for each male and female divisions.”

The next step involved selecting an analytical model from hundreds of options.

“It takes some fine tuning to customize the model,” says Rat. “Once the model is set, you input the data. The result is a detailed report from which coaches can see a predictive curve of winning times in the years ahead.”

Rat completed an honours Bachelor’s degree at Brock in Mathematics Integrated with Computers and Applications’ (MICA), and is in her second year of master’s studies under the supervision of Professor Mei-Ling Huang.

The specific focus for her master’s research is in the area of extreme value theory. In 2015-16, she received prestigious graduate student funding from the Natural Sciences and Engineering Research Council of Canada (NSERC). She is also the recipient of several internal scholarships at Brock this year in recognition of research and academic excellence.

Rat is fascinated by the world of statistical analysis, and its limitless applications. A year ago, while sitting on a beach in Santa Monica, Calif., her mind immediately went to thinking about the heights of the waves. Before long she was immersed in a project to analyze wave heights based on factors such as temperature, wind speed and wind directions. The information is valuable to areas that are at risk for tsunami events.

“Extreme value theory is an important field in probability and statistics which attempts to evaluate the probability of events that are more extreme than any others which were previously observed,” Rat explains. “Such events include wildfires like what is happening out west right now or extreme floods. It’s also useful in medical and financial applications such as tumour growth and equity risks. The possibilities are endless. The outcome of successfully modeling such events, as I intend to do in my research, will lead to predicting the risk of those extreme events occurring in the future.”

Rat also hopes that, in the near future, her world of statistics will have helped Canadian athletes to a pot of gold.