Jessica Lewis will represent Bermuda at the Rio 2016 Paralympic Games 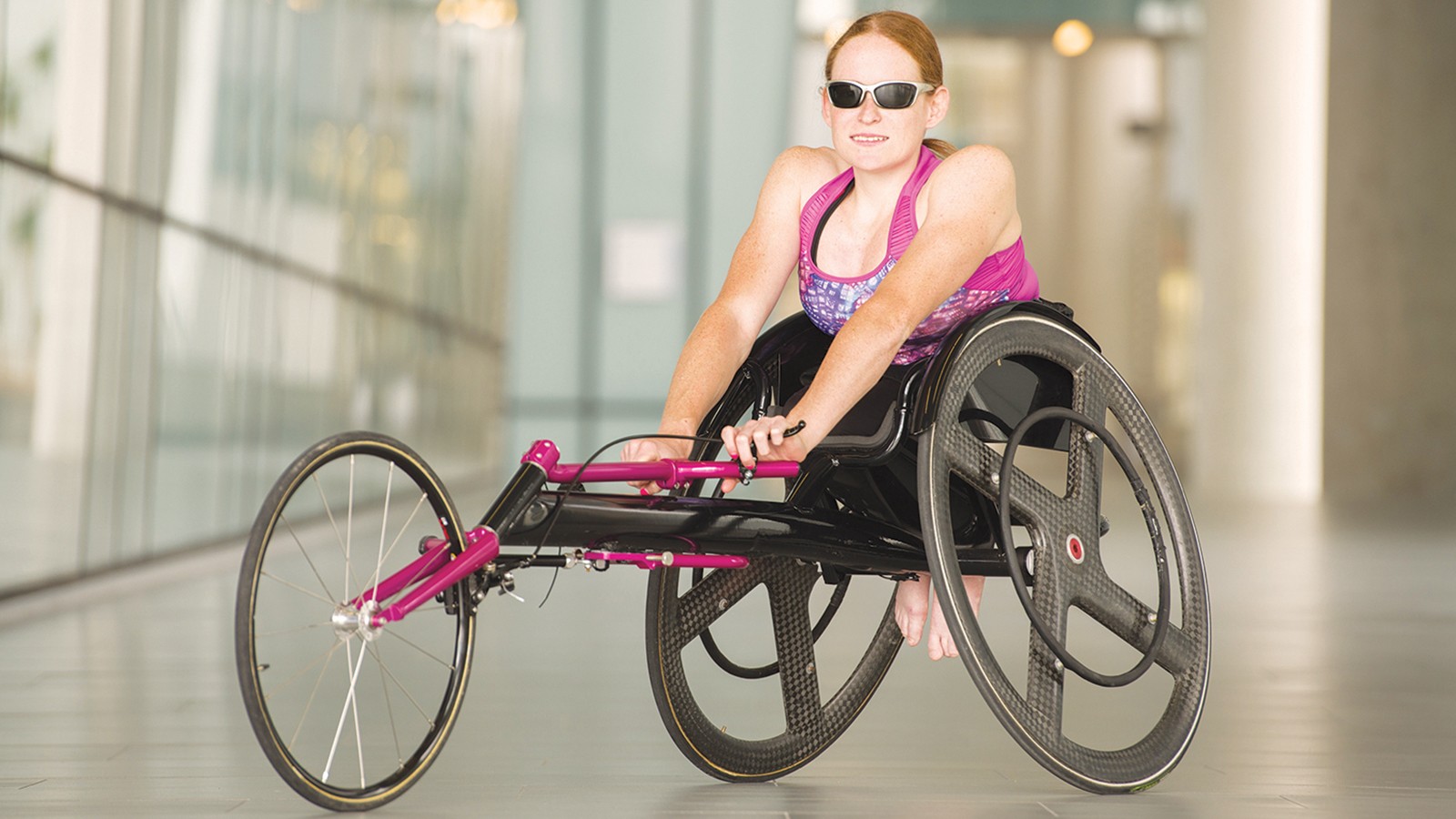 Brock University Recreation and Leisure Studies student Jessica Lewis announced on social media on Saturday that she is officially going to be representing Bermuda at the Rio 2016 Paralympic Games in September.

Currently ranked third in the world, the 100m T53 sprinter is hoping to win her country’s first Paralympic medal at the Rio 2016 Paralympics.

“I am over the moon excited that I am officially going to be representing Bermuda at the Rio 2016 Paralympic Games in September,” says Lewis.

The 23-year-old had an extremely successful 2015 competition year. In August, Lewis won a gold medal at the Toronto 2015 Parapan Am Games and two months later won bronze in the same event at the Doha 2015 World Championships.

This will be the second Paralympic Games for Lewis.

Reflecting on how far she has come since the London games, Lewis knows the competition in Rio will be tough, but she hopes to continue to build momentum towards winning her country’s first major Para athletics title.

“I definitely have more confidence going into the Rio Games as I have four more years of racing and training experience and feel I’m heading in the right direction,” she says.

Lewis will compete in her first race of the season on Thursday, May 12 at the Desert Challenge Games in the Phoenix Metro Area of Arizona. This is a multi-day competition for individuals’ ages 7 through adulthood with a physical, visual or intellectual disability.

Known as the golden girl of Bermuda sports, Lewis credits her family for always being supportive and her Canadian team mates for helping to inspire her.

“I am very fortunate the Canadian team lets me train with them. My coach is Canadian and my team mates are great at giving me that extra push,” says Lewis.

This past year, Lewis has also been a driving force in raising awareness and shifting perceptions about those who are differently abled.

“Everyone has an inability to do something and so why are some of us classified as disabled and not others? I prefer to be thought of as differently abled because it’s more positive and puts the person first,” explains Lewis.

As vice-president of the Brock University student group A B L E Awareness Breaks Limits for Equality, Lewis and her peers worked hard throughout the 2015-16 academic year to bring awareness to equality issues surrounding dis/abilities.