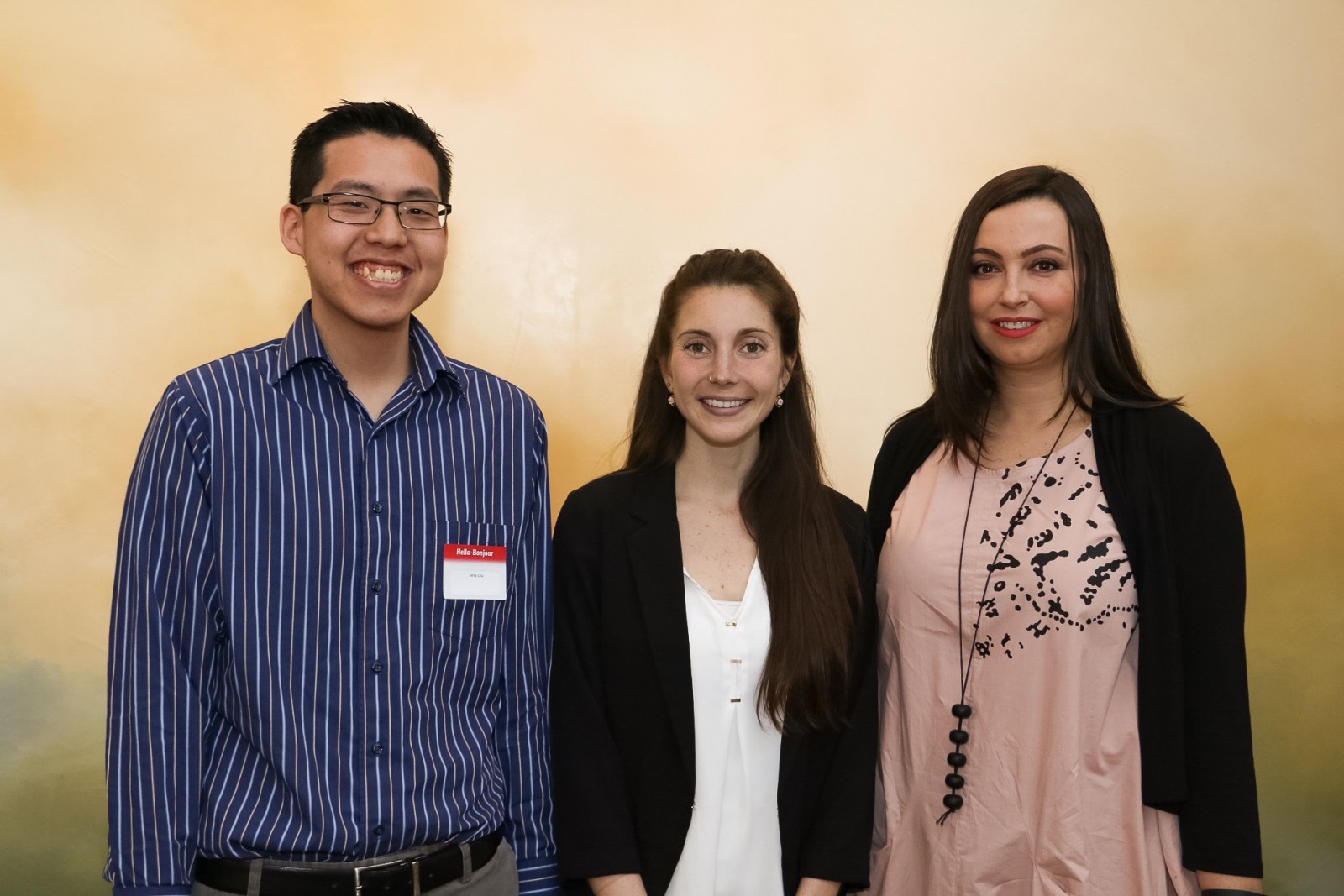 As the recipient of one of the prestigious Jack M. Miller Excellence in Research Awards, Chu talked about how much it will help his research, but also reflected on the loss of Miller, who passed away in April.

“I am grateful to Prof. Miller, who unfortunately isn’t with us anymore, for his remarkable generosity and support of graduate students,” Chu said. “Beyond the award, I would also like to express gratitude towards Prof. Miller for his integral role in bringing the Cairns Family Health and Bioscience Research Complex to fruition.”

He said he’s been fortunate to conduct his research using the cutting-edge resources in Cairns.

Under the supervision of Prof. Georgii Nikonov, Chu is working to develop new catalysts relevant to the chemical industry that are less toxic and based on more abundant metals.

Chu is one of four doctoral students getting the award along with five master’s students.

More than 100 students, faculty and donors turned out for the event held at Pond Inlet. Dozens of graduate students who stand out in their research and studies were honoured along with donors, many of whom were in attendance.

Brock alumnus and donor Roelof Makken said he gives back to Brock because of the mentorship he received as an undergraduate student.

“This place has been a very special place for me,” he said.

He said his experience of mentorship many years ago led him to establish the Professor Mohammed Dore Graduate Research Scholarship in Economics.

He named it for a professor who encouraged him to pursue graduate studies and even went so far as to research schools for him, as Brock wasn’t yet a comprehensive university.

He said Brock has evolved tremendously from his days as an undergrad.

“It is fantastic to see the intensity and the enthusiasm in research here at Brock,” he said.

“Each year we have more and more reason to celebrate,” he said of the groundbreaking research grad students are working on. “Today would not have happened without the generosity of a growing contingent of donors.”

Plyley said the graduate studies community was saddened this year with the loss of two former Deans of Graduate Studies, Miller and Marilyn Rose.

“Their contributions to the University are incalculable,” he said, noting both had established awards for students.