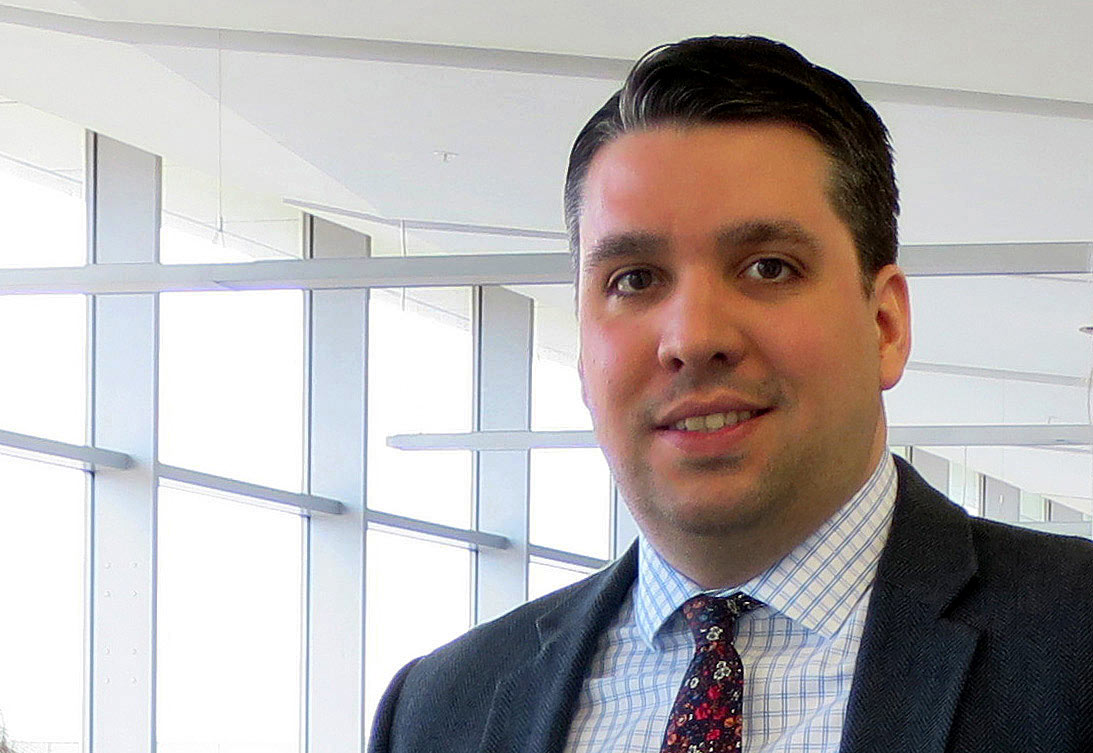 Terrance McDonald recently found himself amid a world gathering of giants in the film and media studies field.

McDonald, a PhD candidate in Interdisciplinary Humanities, was selected to present his research at the annual Society for Cinema and Media Studies (SCMS) conference recently in Atlanta, Ga.

The SCMS represents nearly 3,000 scholars in over 500 institutions located in 38 nations. Proposals for papers, panels, workshops and screenings at the conference are evaluated and selected by a program committee with an eye towards promoting the best scholarship and creative work in the field.

McDonald’s topic, Towards an Ontology of Digital Cinema Through the Jurassic Franchise, was appropriately innovative in theme as it highlights a proposal for a new theoretical approach to digital cinema.

“To be selected to present as this conference is a very big deal,” says Professor Christine Daigle, the graduate program director of the Interdisciplinary Humanities program. “This is the most important conference in this field internationally. It is an outstanding accomplishment for Terrance to find himself in the midst of a who’s who list of researchers and scholars.”

McDonald’s research is focused on how cinema’s digital turn complicates the traditional understanding and experience of cinema. His research is supported by the Social Sciences and Humanities Research Council of Canada.

“My research aims to provide a model for analyzing digital images based on a number of factors,” he explains. “These factors include: the sources of content, such as live actors or CGI characters; the goal of any particular scene, such as a stationary emotional scene with a sick dinosaur or an action scene with a very mobile dinosaur chasing humans; and the advancements made by technology. For example, Jurassic Park (1993) used some actors in rubber dinosaur costumes compared to Jurassic World (2015) that used actors with motion sensor technology to then create CGI dinosaurs. All of these visual effects not only produce diverse digital images, but they also affect our relations with digital images that saturate our lives on a day-to-day basis.”

McDonald says his presentation was well received and he came away with suggestions that will help him advance his research, as well as a broader network of colleagues.

“Being accepted and presenting at SCMS is certainly a vote of confidence that your research is timely and important because of how competitive the conference is,” McDonald says. “Seeing and interacting with the top scholars in the field is the best part of the conference experience. A fellow doctoral student from Australia who is also studying digital cinema presented a paper on the panel. We had several conversations at the conference and we have continued our discussions through email.”

“The current chairs and co-founders of the group, Rebecca Sheehan and Kate Rennebohm, and I are hoping to build an online platform to connect scholars and offer opportunities for knowledge mobilization in the coming year,” McDonald adds.

McDonald, who has been instrumental in establishing Brock’s newest transdisciplinary grouping, the Posthumanism Research Institute, has a busy month ahead with conference presentations. He’ll be in Toronto presenting a paper at the “Coming to Terms with Film-Philosophy” conference, as well as Calgary presenting a paper at the Film Studies Association of Canada meeting. Also, McDonald recently had a paper accepted for publication in an important masculinities studies journal, Men and Masculinities, as part of another research project.