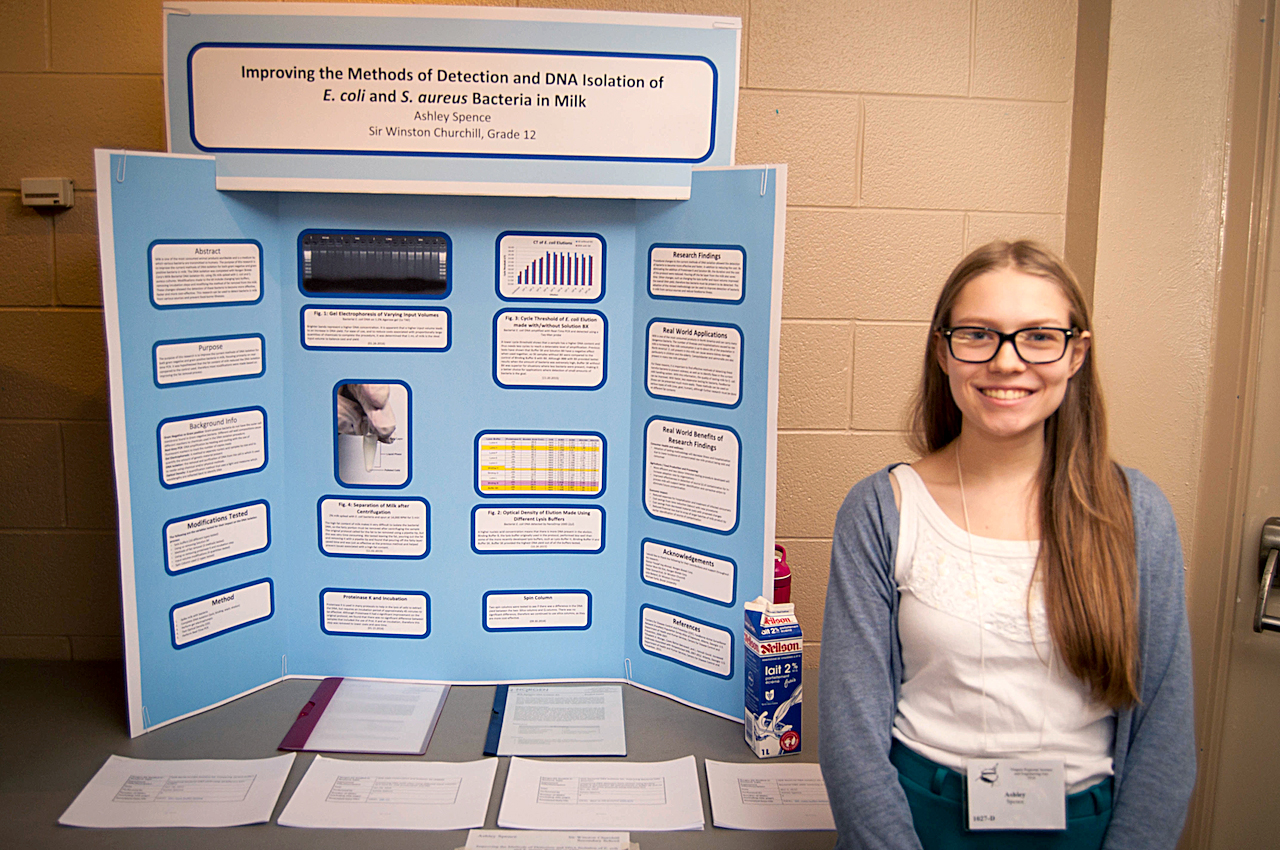 Ashley Spence was one of the students with a project on display at the 2016 Niagara Regional Science and Engineering Fair.

Brock University welcomed over 200 budding scientists this past weekend as part of the 54th annual Niagara Regional Science and Engineering Fair (NRSEF).

The two-day fair saw students from Grades 5 through 12 from across the Niagara Region showcase their knowledge and talent in areas spanning the entire spectrum of Mathematics and Science.

“This event is all about the promotion of science. Yes it’s a competition, but it’s an experience,” says Ivana Komljenovic Metcalf, Vice-Chair of NRSEF. “It’s an opportunity for students to see what can be done in the world . . . from others their own age.”

Metcalf says she appreciates the continued support of the Niagara community for this annual fair, as well as the team of volunteers who assist with the event.

Ejaz Ahmed, Dean of the Faculty of Math & Science, made opening ceremony announcements in which he congratulated participants on their hard work and also thanked members of the Brock community for their efforts to nurture scientific curiosity in Niagara’s youth.

The awards for this year’s fair will be handed out on Wednesday, April 13, at St. Catharines Collegiate from 7-9 p.m. Along with the several age category and special awards to be distributed, an announcement will be made of the students who have qualified for Team Niagara. Those students will represent the Niagara Region at the Canada-wide event held from May 15-20 in Montreal.