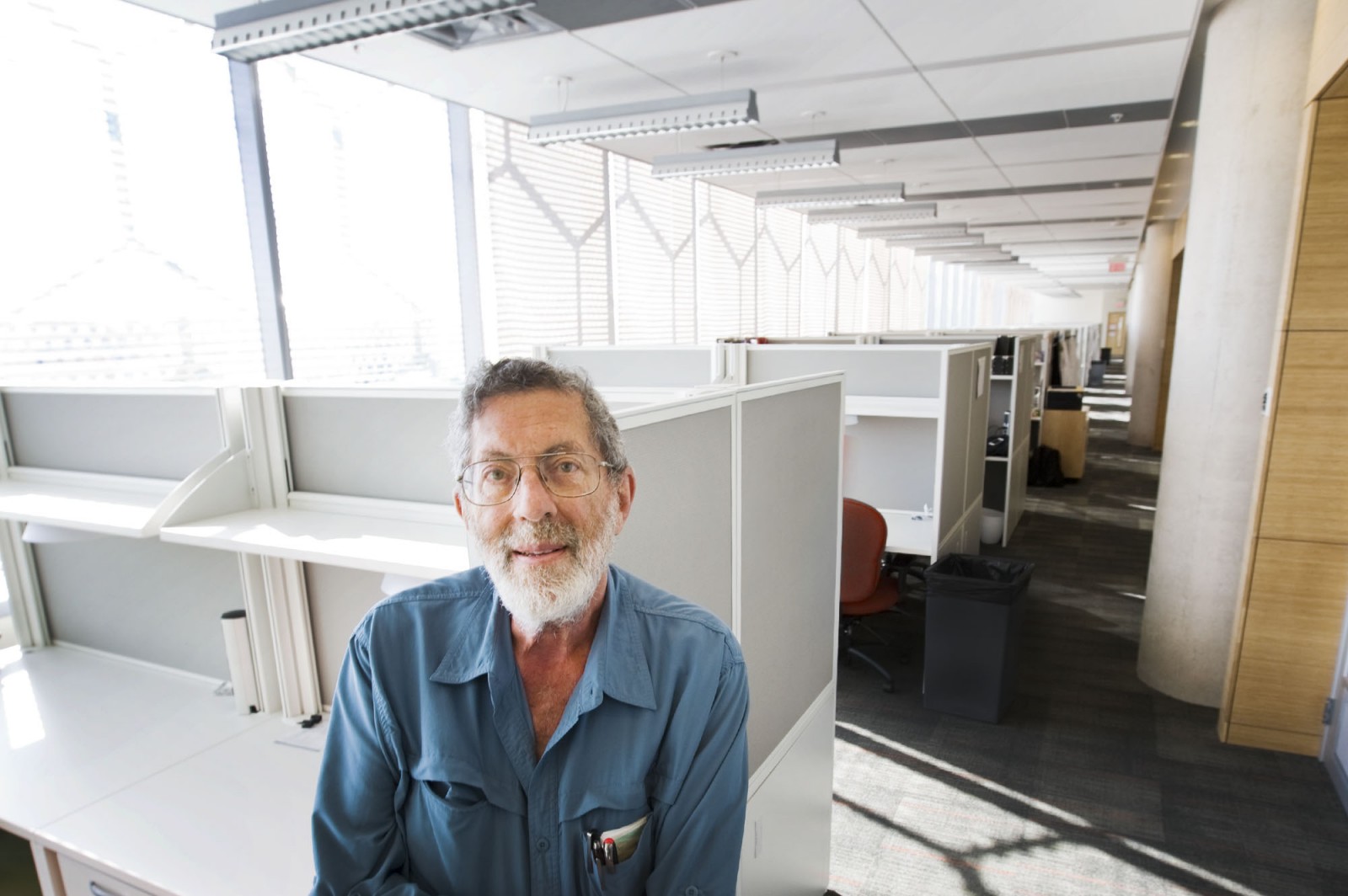 The Brock community was shocked to learn of the death on April 21 of Jack Miller, a legendary figure whose career at the University spanned half a century and touched thousands of lives.

Miller died from an apparent heart attack. He was 76. He is survived by his wife Mary Jane Miller, a professor emerita in Brock’s Department of Dramatic Arts. A funeral will be held at Patrick J. Darte Funeral Chapel in St. Catharines on Monday, April 25  at 2 pm, with interment in B’nai Israel Cemetery. 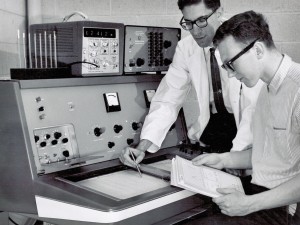 The young chemistry professor in 1968 gives instruction to E. Farnworth, a second-year student and summer research assistant, in the theory and practice of nuclear magnetic resonance.

Brock President Jack Lightstone said the University is in deep mourning, and had been preparing to honour Miller for what would have been 50 years of service in June.

“Jack Miller’s career history, and that of Brock University, are intertwined and almost synchronous,” said Lightstone. “He was one of the founding figures of science at Brock as well as of research administration and graduate studies.

“If you are working or studying in a building at Brock constructed or renovated within the last decade, you are the beneficiary of his genius at space planning. Jack will be sorely missed and very fondly remembered.”

Miller served under every president in the University’s history. Having arrived in 1966, just 24 months after Brock opened, Miller — an inorganic chemist who held dual PhDs — began as an assistant professor in Chemistry.

Over the decades, his combination of research knowledge, planning skills and organizational vision would take him beyond the lab, especially as the University’s growth created the need for someone to maximize effective use of teaching and research space created by new buildings and expansion projects.

Miller’s resumé has enough entries for several people. After being named Chairman of Chemistry (1974), he became Chairperson of the Technical Services Dept. (1988) then served another term as Chair of Chemistry (1997) and was Director of CCOVI (1999). He went on to serve as Associate Vice-President of Research as well as Dean of Graduate Studies.

In 2004 he became Special Advisor on Buildings and Space, and was still performing that role on a part-time basis when he died. It was a job for which life had prepared him. In the 1970s, he oversaw the move of several science departments from Brock’s old “refrigerator factory” campus at the foot of Glenridge Hill, and into the new Mackenzie Chown Complex.

In recent years, during the planning and construction of the landmark Cairns Family Health and Biosciences Research Complex, Miller was a familiar figure in his hard hat and steel-toed boots, carrying rolled-up floor plans as he walked between his office and the Cairns site.

Ian Brindle, the veteran Brock scientist and former Vice-President of Research, was deeply saddened at the death of his long-time associate. He said that while some people found Miller abrupt or terse, there were sides to him that most never saw.

“There hasn’t been a project at Brock probably since the ’60s that Jack has not had is hands on in some fashion,” said Brindle.

Brindle said he and Miller spent years relentlessly pushing for modern research facilities, to the point where they discreetly asked architects to create blueprints based on the CCOVI building’s footprint, for what they hoped would one day be a research centre. This was not disclosed to the president of the day, who, says Brindle, did not share their enthusiasm for such a priority.

“Jack and I knew we absolutely had to do something about getting research space,” Brindle recalled with a slight smile. “PhD programs were coming online. We knew there was going to be significant growth in research.”

As they predicted, those pressures and demands continued to grow. A new president came on board, and several years ago planning officially started for what would be the Cairns Complex, a $120-million research jewel that was opened in 2012. The original research conspirators Miller and Brindle were central players in planning and executing the Cairns project.

“The University has never had a more dedicated servant than Jack Miller,” said Brindle.

“Jack was never an engineer or an architect, but he could read a plan as well as anyone. He would look at a blueprint and see if the planners hadn’t allowed for enough power lines. You or I would look and never notice, but Jack would spot it immediately.

“What a great guy we have lost.”

(In 2012, Jack Miller was interviewed for a magazine article marking the opening of the Cairns Family Health and Bioscience Research Complex. To read a transcript of that interview, click here.)

2 comments on “Brock University mourns the loss of Jack Miller”