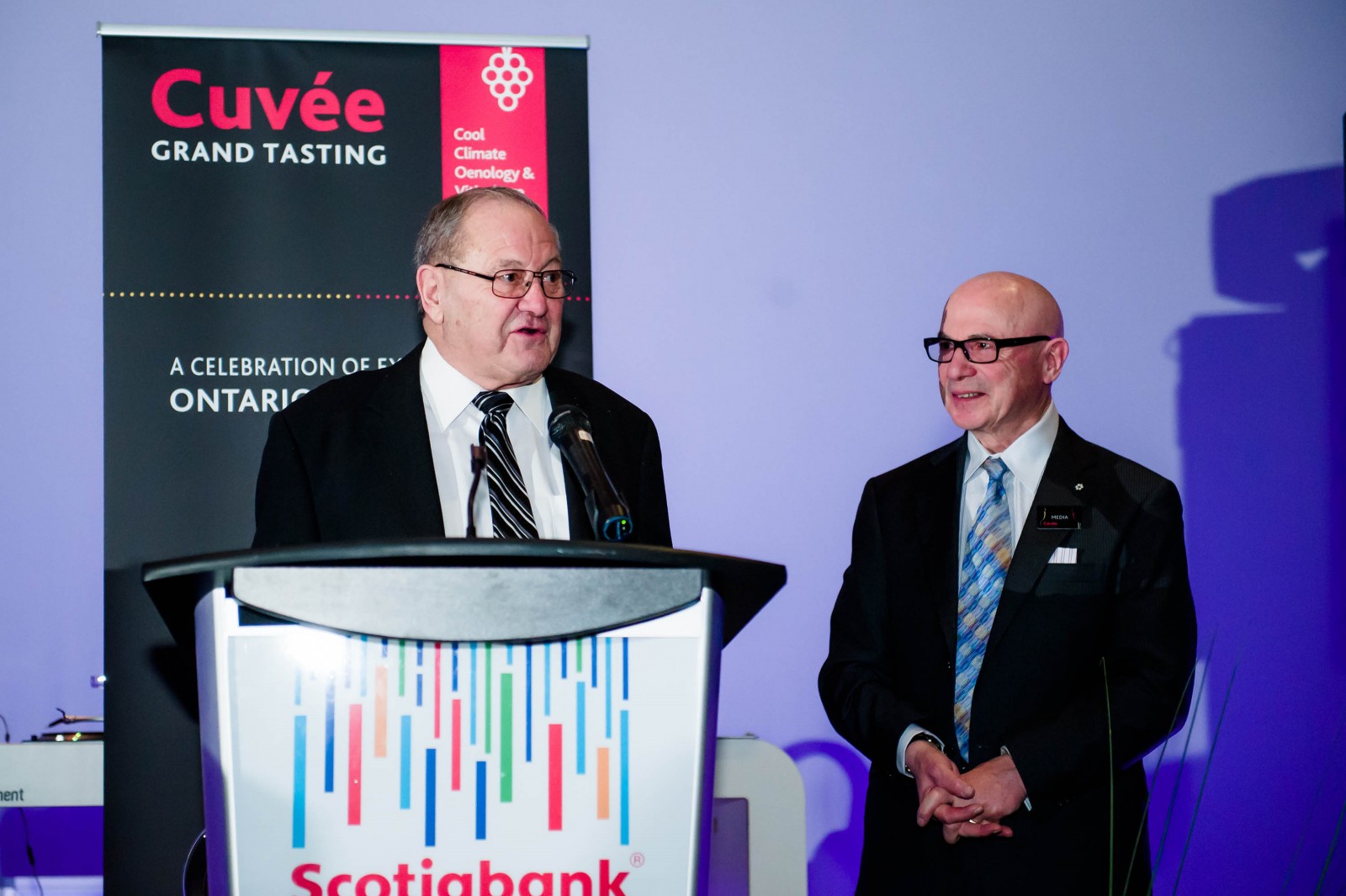 As part of the Cuvée 2016 weekend, which celebrates excellence in Ontario winemaking, seven individuals were recognized for their contributions to growing and promoting the province’s grape and wine industry.

The winners were revealed at a VIP awards ceremony prior to the sold-out 28th annual Cuvée Grand Tasting held Friday, March 4 at the Scotiabank Convention Centre. Organized by Brock University’s Cool Climate Oenology and Viticulture Institute (CCOVI), the event is one of the largest celebrations of VQA wine, showcasing each winemaker’s favourite selection to a crowd of 800 guests.

The Tony Aspler Cuvée Award of Excellence was presented to viticulturist Lloyd Schmidt, for advancing viticulture in Ontario by accessing the best vinifera varietals from nurseries around the world and fighting bureaucracy to do it.

Father and son grape growers Howard and Wes Lowrey from St. David’s were honoured with the Cuvée Vineyard of Excellence Award sponsored by BASF Canada Inc. The 2016 category was best red vinifera and the Lowrey’s were recognized for their Cabernet Sauvignon vineyard. The winner is chosen by an expert panel that makes field visits throughout the growing season to monitor quality. The 2016 VQA Promoter Award winners were also announced at Cuvée, with the awards to be presented formally Saturday, April 2 at CCOVI’s Experts Tasting held at Brock University. The awards acknowledge individuals who celebrate, through promotion and/or education, the Ontario VQA wine industry with unselfish enthusiasm, constructive input and unsolicited promotion.

The 2016 VQA Promoter Award winners in each category are:

Proceeds from the Cuvée Grand Tasting go to support the Cuvée Legacy Fund established after the 2015 event. The fund has already awarded $15,000 in academic scholarships and contributed $13,000 toward industry-driven research projects. At the awards ceremony, the 2015 scholarships were also handed out.

Awarded were the following Brock students: