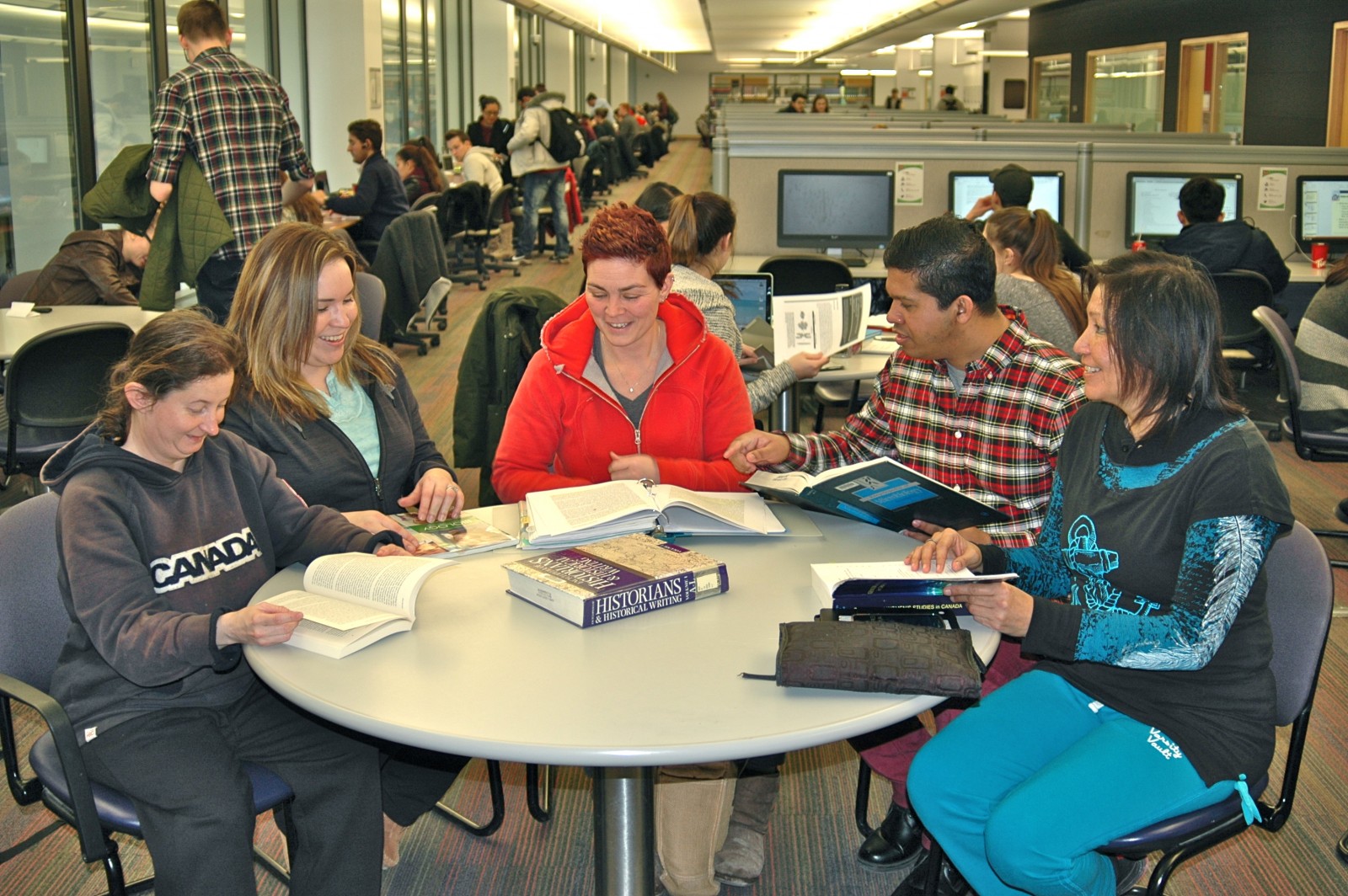 As home to hundreds of Indigenous students, Brock University is a keen voice in a province-wide chorus celebrating the success of First Nations, Metis and Inuit learners.

Earlier today (Feb. 2) the Council of Ontario Universities launched the ‘Let’s Take Our Future Further’ campaign, which is aimed at encouraging Indigenous students and also recognizing the achievements of graduates who are making a daily difference in their communities.

The ambitious COU initiative, launched on behalf of Brock and other Ontario universities, is outlined on the website www.futurefurther.ca.

Brock is bringing the campaign home with a week-long Open House at Aboriginal Student Services in Room 212 of Decew Residence, where staff and counsellors will discuss numerous supports provided to help Aboriginal students thrive in a university setting.

I encourage Indigenous students to set goals for a sustainable future, for yourselves and for your communities. Everyone needs to focus on the future. It’s time for reshaping the way we live on this earth.

“These services help Aboriginal students ease their transition,” says Wong. “It’s important for people to understand this, not just within Brock but across the whole Niagara community.”

Wong said Brock has about 385 self-identified Aboriginal students — encompassing First Nations, Metis and Inuit — as well as an unknown number who have not self-identified. “We know we have more students here, but certainly nobody’s forced to self-identify with us.”

Shirley Cheechoo, the University’s Chancellor and a member of the Cree nation, said she applauds any effort to eliminate gaps between indigenous peoples and post-secondary education. According to Statistics Canada, seven per cent of Canada’s self-identified Indigenous population over 15 has a university degree or certificate;  for non-Indigenous people the engagement rate is three times higher.

“Without education, you will be left behind,” said Cheechoo. “I encourage Indigenous students to set goals for a sustainable future, for yourselves and for your communities. Everyone needs to focus on the future. It’s time for reshaping the way we live on this earth.”

Brock President Jack Lightstone said a post-secondary education “is the most assured means of advancing Canada economically, culturally and socially. Not only justice and fairness demands that providing more aboriginal people with a university education be a priority, but our own self-interest as Canadians demands it, too. We shall all benefit.”

The COU’s major campaign includes compelling profiles and videos from 13 role models who are studying at, or have recently graduated from, Ontario universities.

One role model, Raigelee Alorut, tells how she overcame the challenges of attending university as both a mature student and as a grandmother, and how she hopes that her Honours Bachelor of Arts will inspire her grandchildren.

Another, Donna May Kimmaliardjuk, describes the welcoming home she found at her university’s Aboriginal Student Centre and the personal growth she experienced while studying to become the first female Inuit cardiac surgeon.

The campaign will be distributing resource kits to help Aboriginal learners transition into a university setting and culture, and the week of Feb. 8 will launch a video contest on Twitter and Facebook asking Indigenous learners currently at university to tell their story about how university education has taken their future further, or enriched the future of their communities.

The COU campaign comes just months after the Truth and Reconciliation Commission put a spotlight on the need to ensure equitable access to post-secondary education for Aboriginal students.

The same Statistics Canada survey indicates that Indigenous youth between 15 and 24 represent 18 per cent of the total Aboriginal population in Canada, with a further 28 per cent being children aged 14 and under. This means that a significant number of Indigenous youth will be contributing to Canada’s economic and social prosperity by 2026.