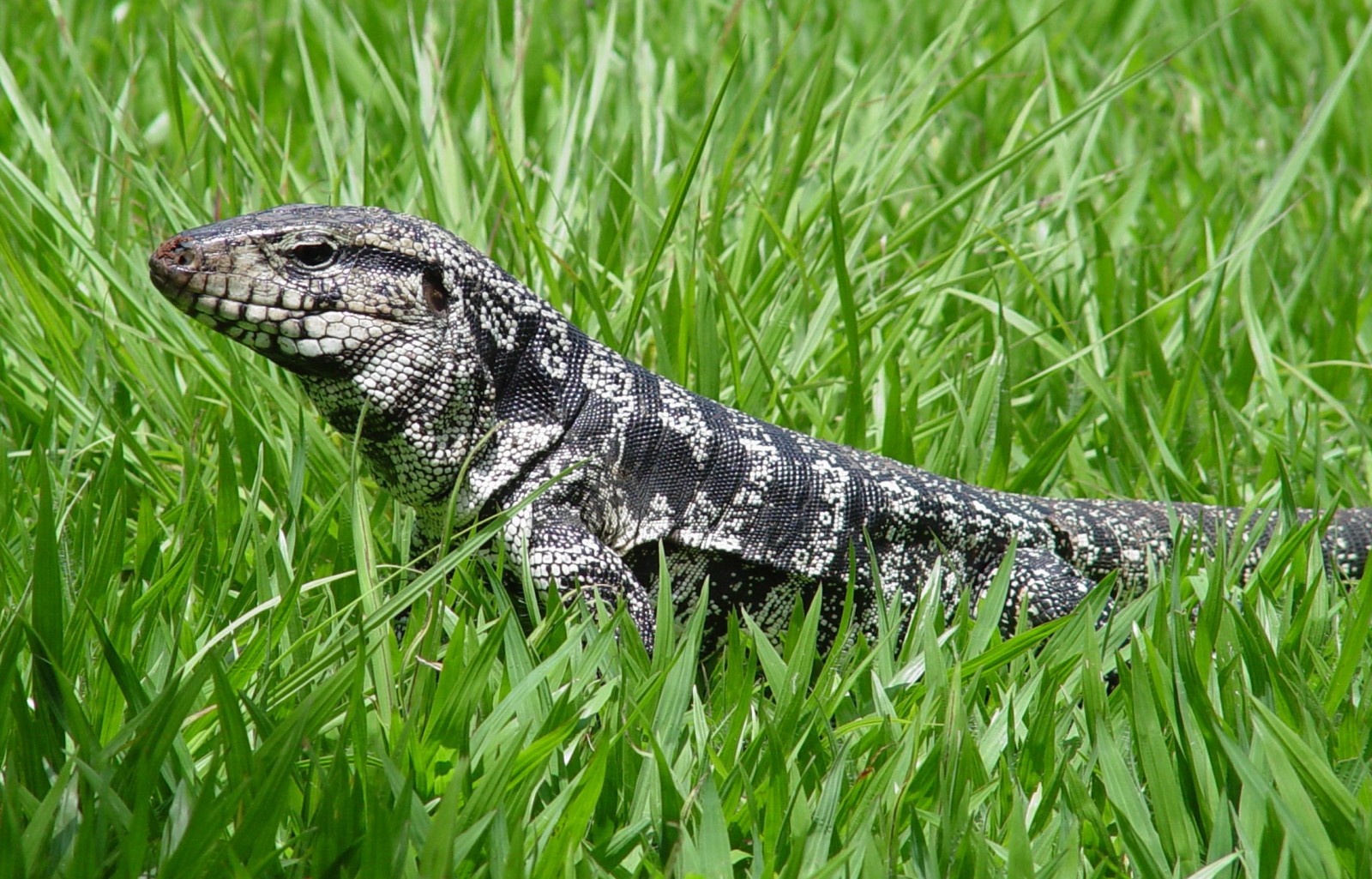 A tegu lizard in the grass.

A Brock University-led research team has discovered a type of lizard that can temporarily produce and retain its own body heat, increasing our understanding of so-called “cold-blooded” animals.

Scientists have long classified lizards as being ecothermic, animals that rely on the sun or shade – rather than their internal metabolism – to warm or cool their bodies.

Endothermic, or warm-blooded animals, on the other hand, use internal mechanisms such as metabolism to maintain their bodies at ideal temperatures.

Brock University biologist Prof. Glenn Tattersall and his team showed that the tegu lizard was able to generate its own body heat during the mating season, which lasts for two to three months.

He says the fact that the tegu lizard’s endothermy – or ability to generate and hold onto body heat – happens during mating season “is significant in terms of evolution, as it is possible that we have found a cold-blooded species in which endothermy is linked to reproductive fitness.”

“Since most ectotherms do not have mechanisms for conserving internally produced heat, these lizards are indeed unique since they represent a modern example of what an early ancestor of endotherms may have been like, and they fulfill conditions predicted from the parental care model for the evolution of endothermy ” says Tattersall.

The research team raised two groups of adult black and white tegu lizards (Salvator merianae) in a captive colony at the State University of Sao Paulo in Brazil.

After reaching adulthood, one group stayed outdoors for a full year, while the other group was studied under outdoor and indoor conditions over three reproductive seasons.

Lizards in the outdoor group were allowed to behave naturally, basking in the sun during the day and retreating into burrows at night.

The second lizard group stayed outdoors for eight days and was then transferred into the laboratory, with a temperature of 18 to 20C, for another eight days. A few of the lizards were exposed to various light intensities, while a few others were in constant darkness.

The researchers found that the body temperatures of lizards in both the outdoor and indoor groups rose during the mating season, despite the fact that the indoor group did not have access to direct sunlight and that there was a constant temperature in the laboratory.

Tattersall says that one of the biggest challenges for scientists who study evolutionary physiology is to explain how endothermy evolved.

To be able to have the energy to produce and retain heat, animals that are warm-bloodied have to forage and eat more than cold-blooded animals, which get their heat strictly from the environment.

“Our study shows that endothermy occurs in the tegu lizards during their reproductive period, thereby linking this high energy expenditure to reproductive output,” says Tattersall. “In the future, we can now look to whether there are advantages to being warm in terms of the number of eggs or number of offspring produced.”