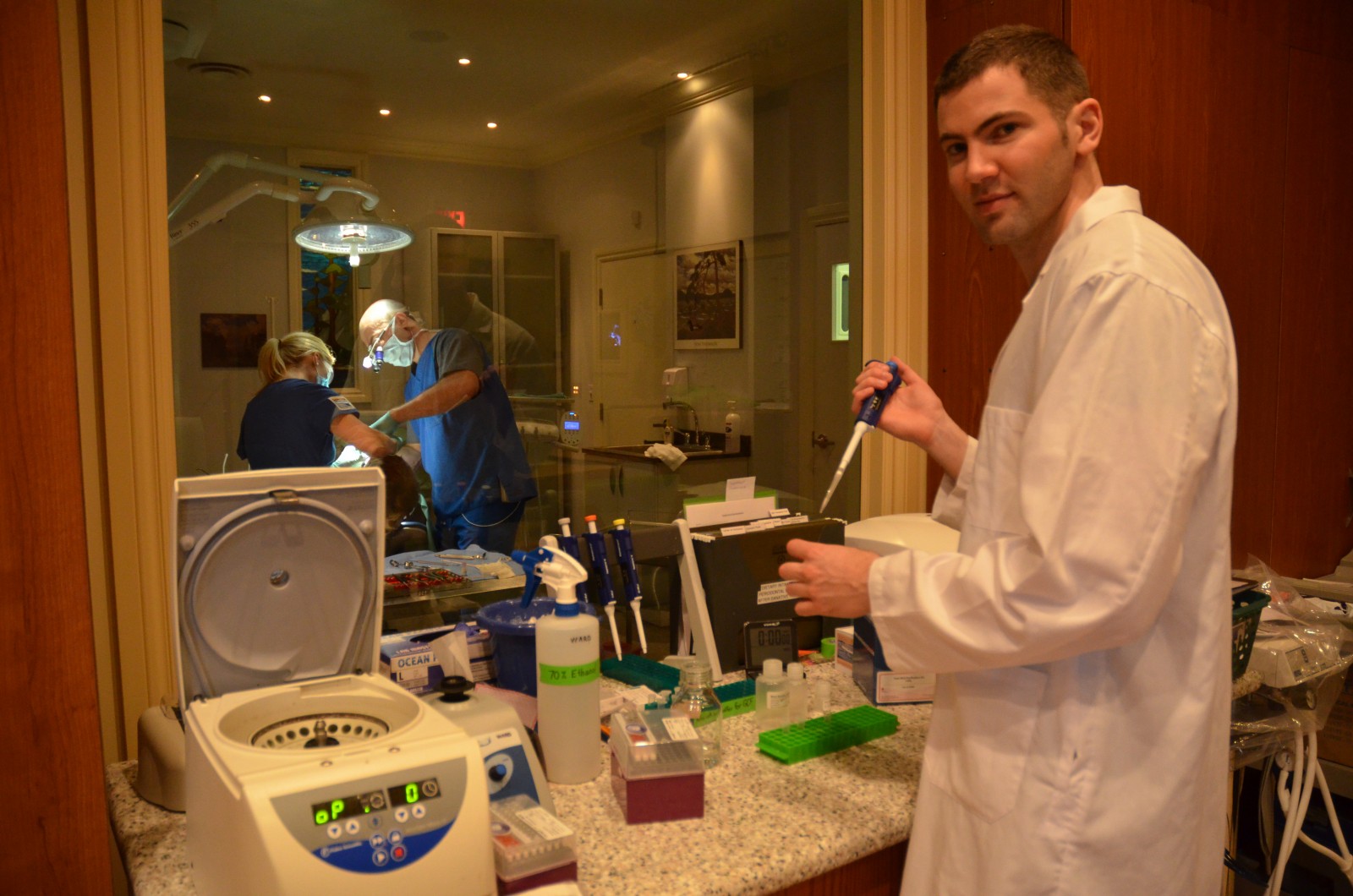 An apple a day may also keep the dentist away.

Recent Brock University research has revealed fruits and vegetables may play a role in helping non-smokers heal after they undergo treatment for periodontal disease.

“Studies have shown that eating more fruits and vegetables, along with specific antioxidant nutrients, may reduce a person’s risk for periodontal disease,” says Wendy Ward, Canada Research Chair in Bone and Muscle Development and Professor in the Department of Kinesiology.

“But very few studies have been conducted to investigate the relationship between dietary intake and healing after periodontal surgery,” says Ward.

Periodontal – or “gum” – disease occurs when bacteria form a sticky, colourless substance called plaque that sticks to teeth and can build up around the gum line.

Proper brushing and flossing gets rid of plaque. If plaque remains in the mouth, it can harden and turn to tartar, which can only be removed by professional teeth cleaning.

If left unchecked, the body’s immune system responds to the plaque; the gums initially become inflamed. The disease can lead to major soft tissue and bone damage and, eventually the loss of teeth. Preventing the loss of teeth is integral for overall health as tooth loss is associated with poorer nutritional status that can lead to increased risk of death from chronic diseases such as cardiovascular disease.

To treat periodontal disease, dental health care professionals remove plaque through a deep cleaning procedure that involves “scaling,” where tartar is scraped from above and below the gum line, and “planing,” which removes spots on the tooth root where germs gather.

To determine a potential role that nutrition plays in patients’ healing from these procedures, the research team, which included graduate student David Dodington and local periodontist Dr. Peter Fritz and his clinical staff, studied 86 people who had been diagnosed with periodontal disease and were scheduled for a scaling and planing procedure.

They asked patients to fill out questionnaires that tracked their fruit and vegetable intake. From these questionnaires, researchers estimated how much fruit, vegetables, vitamins, and omega-3 fatty acids the patients consumed.

The researchers found that those patients who ate the most fruits, vegetables and specific vitamins (vitamins C and E) and omega-3 fatty acids found in fish, was associated with better healing from the periodontal treatment.

But this was not the case in patients who smoked, Ward explains.

“Smoking is a major risk factor for periodontal disease,” she says. “Compromised wound healing in the mouth also occurs, at least in part due to oxidant stress generated through smoking.

Smokers generally have lower status of antioxidant nutrients such as Vitamin C and this may explain why no association between diet and periodontal healing was observed.”

Ward urges people to have a healthy diet.

“In practical terms, this means following the guidance in Canada’s Food Guide. Although our study findings show an association with improved healing when five or more servings of fruits and vegetables are consumed, Canada’s Food Guide recommends that men and women over age 50 consume seven servings of fruits and vegetables per day for overall health.

“Unfortunately, more than 50 per cent of Canadians do not consume this recommended level. With New Year’s resolutions fresh in our minds – likely many for improving health – we can start by increasing our intakes of fruits and vegetables, as well as being more mindful of our food choices.”

The team’s findings are described in their paper, “Higher intakes of fruits and vegetables, ?-carotene, vitamin C, ?-tocopherol, EPA and DHA are positively associated with periodontal healing after non-surgical periodontal therapy in nonsmokers but not in smokers,” published in the Journal of Nutrition.

The study says that, in Canada, periodontal disease affects 20 per cent of the adult population and 30 per cent of people older than 65 years.

Periodontal disease increases the risk for other chronic diseases with an inflammatory component, including diabetes and cardiovascular disease, says the study.