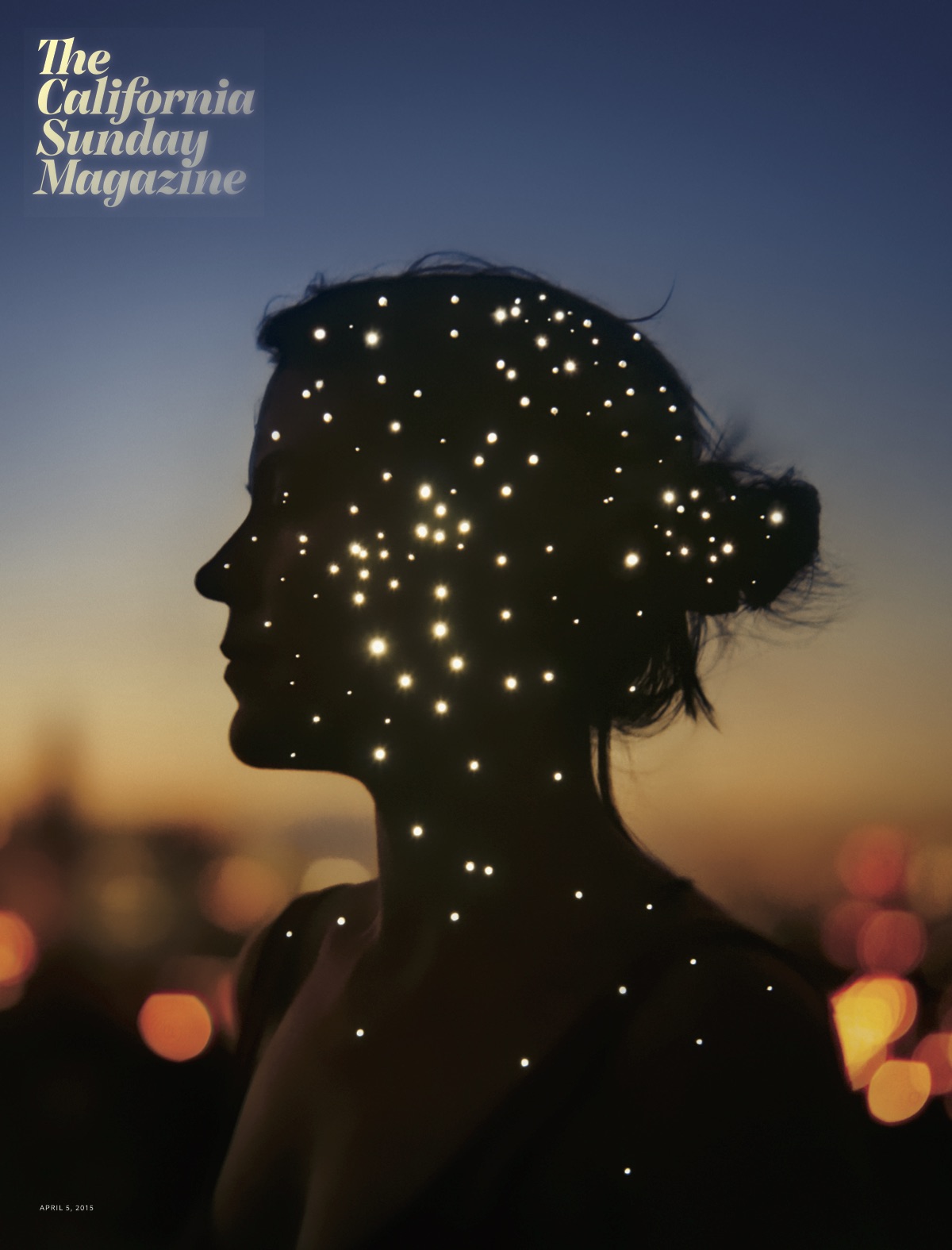 The April 5, 2015 cover of The California Sunday Magazine is on Time's top 10 list of best magazine covers of 2015. The art is by Brock University instructor Amy Friend.

Time Magazine has recognized the photographic work of Brock University visual arts instructor Amy Friend. A photograph created by Friend for the cover of The California Sunday Magazine’s April 5 edition is one of Time’s Top 10 covers of the year.

“Our selection of the top 10 covers of 2015 displays an exquisite use of photography,” writes Kira Pollack in Time’s online article announcing the best covers. “With this unranked selection, we’ve witnessed that the cover still holds the power to be iconic and, at the very least, move and delight us.”

Other covers on the list include the Vanity Fair image of Caitlyn Jenner shot by famous photographer Annie Leibovitz, New York Magazine’s issue featuring black and white images of 35 women who claim to be victims of Bill Cosby and a Harper’s Bazaar photo of singer Rihanna in the mouth of a shark.

Friend said she is thrilled her work is included in a collection of so many amazing images.

“It gives a boost to the aspects I really believe in regarding photography and its ability to reach a certain and specific sentiment with people,” she said. “When you are struck by an image, it remains with you.”

As a fine arts photographer, Friend works with light.

“We loved the work of Canadian artist Amy Friend, specifically her series Dare alla Luce, in which she manipulates archival photographs with a needle and then projects light through the images,” said the magazine’s creative director Leo Jung.

More and more, artists are being approached to work with mainstream media.

The California Sunday Magazine cover is inspired by that series and shows the silhouette of a woman with spots of light shining through, giving it a poignant quality. John von Pamer took the picture of the woman and Friend applied her technique on it and then re-photographed it. It goes with the story Death, Re-Designed.

“The resulting image has an otherworldly, ethereal quality – a perfect metaphor for this story,” said Jacqueline Bates, photography director.

Friend said it’s not unusual for artists to work in editorial realms.

“More and more, artists are being approached to work with mainstream media,” she said, noting that’s opening even more doors for her students at the Marilyn I. Walker School of Fine and Performing Arts.

“There’s fertile ground between the fine arts stream and with editorial based work,” she said.

Friend said Brock visual arts students are exposed to both digital and analogue photography thanks to the MIWSFPA’s brand new darkroom.

“It’s what really sets us apart from many other universities, which are mainly concentrating on digital,” she said.

As a photographer, she knows the value of a well-rounded education in the art form.

“Every time a student develops a photo in the darkroom, it’s a completely magical experience,” she said.

In her photography, Friend said she concentrates on elements of history, time, memory and impermanence.

“Despite photography’s traditional connection with the real, I am less concerned with capturing a ‘concrete’ reality, and instead aim to use and explore photography as a medium yet focus on what lies beyond its immediate visual representations,” she said.

In much of her work, Friend uses found images and vintage pictures.

Dare Alla Luce has been published in book form by photolucida.org and one of the images featured hangs in the new FirstOntario Performing Arts Centre in St. Catharines.

Friend’s recent work will be on display at Rodman Hall from Jan. 29-May 1 in a show called Assorted Boxes of Ordinary Life, curated by Marcie Bronson. Brock University visual arts instructor Amy Friend shows her new book Dare alla Luce in the dark room at the Marilyn I. Walker School of Fine and Performing Arts. An image based on the series was used on the cover of The California Sunday Magazine and was named one of Time Magazine’s top 10 covers of 2015.