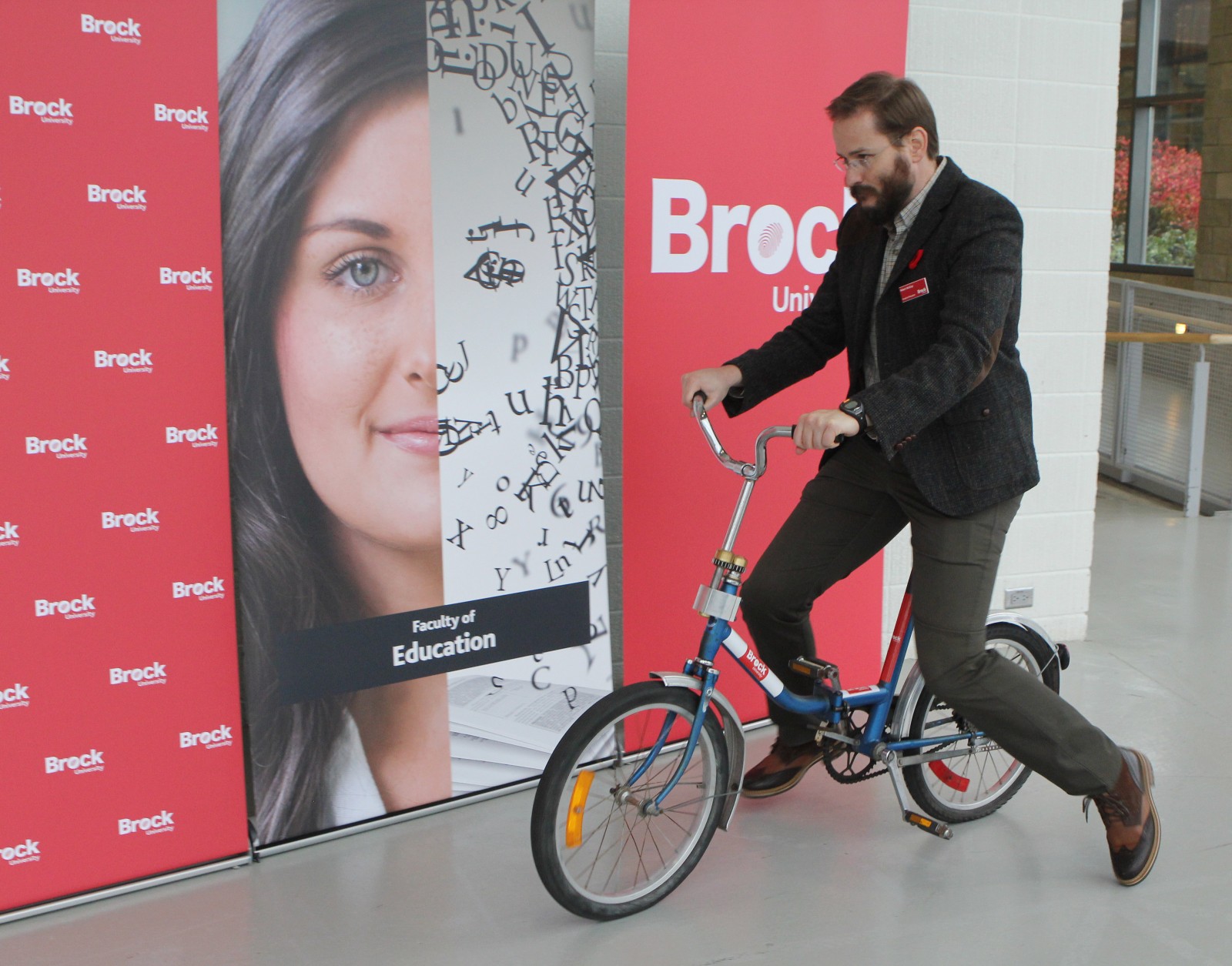 Brock University Professor Robert McGray with the backwards bicycle he had built to help explain how the adult brain learns new things.

They say you never forget how to ride a bicycle, but that old adage doesn’t apply to the backwards-steering bike built by Brock University Faculty of Education Professor Robert McGray.

In fact, the backwards bicycle he made with the help of Brock’s machine shop is so perplexing, most people can’t ride it. The bicycle is the same as a traditional bike except for gears attached to the handlebars which make it steer in the opposite direction of what you would expect. On Tuesday, members of the media and a handful of Brock staff members tried to ride McGray’s creation, which was inspired by a similar project from the YouTube science channel SmarterEveryDay.

“If you want to go right, you turn (the handlebars) to the left,” says McGray, who built the bike to help research how our brains learn new things.

“One of the coolest things about my job is that I get to think about how adults learn,” he says. “How do we learn behaviours or even ideas in ways we don’t even know?”

McGray figures about 200 people have tried riding the backwards bike and no one has been able to ride it successfully on their first attempt.

“It turns out that offering an explanation as to why it’s so hard to learn is almost as difficult as learning to ride the bike itself,” McGray says. Brock University Assistant Professor Robert McGray with the backwards bicycle he had built to help explain how the adult brain learns new things.