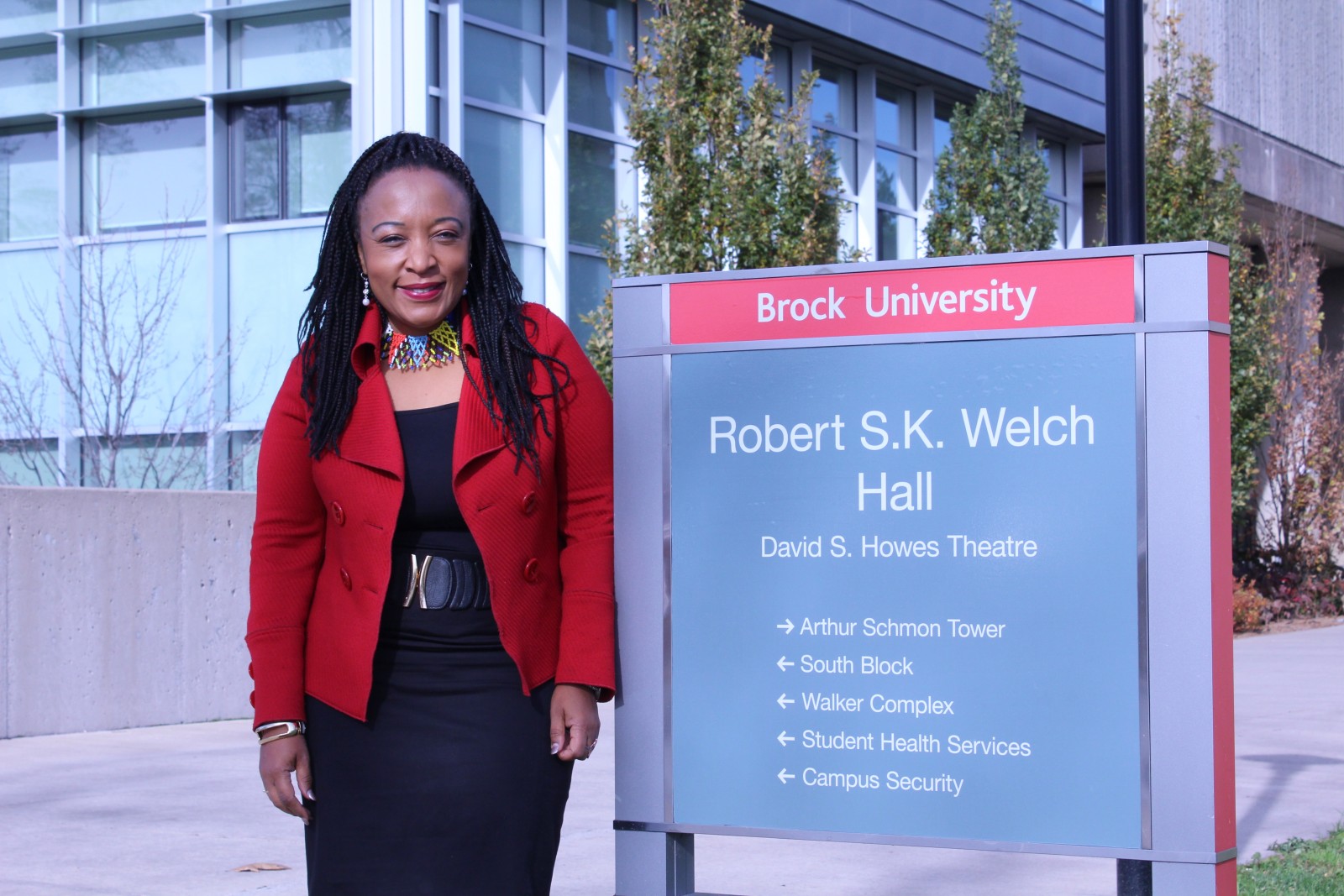 Dolana Mogadime, Associate Professor in the Faculty of Education at Brock University.

It’s a land where her grandfather left his mark through newspaper editorials. She is now leaving her mark there as an honourary professor at the University of the Free State (UFS) in South Africa, an appointment she accepted in September.

Mogadime, Associate Professor in Brock University’s Faculty of Education and Editor of the Brock Education Journal, recently returned from an academic visit to Bloemfontein, South Africa.

“The visit represented an opportunity to lecture to teachers and postgraduate students for the first time within that role at UFS,” said Mogadime. “It was a very moving experience.”

During her trip, Mogadime was invited by the Dean of Education at UFS, Sechaba Mahlomaholo, to the 2015 annual Sustainable Learning Environment conference where she delivered a keynote address to teachers, postgraduate researchers and faculty. He said her knowledge and experience made her the best choice of keynote speaker.

Mogadime said her presentation was rooted deeper than just an academic perspective.

In her keynote, she recognized founding leaders of the African National (ANC) Party such as Henry Selby Msimang – Mogadime’s maternal grandfather – who left his mark through newspaper editorials and writing on the issues of importance to the African people in South Africa.

“When I did graduate studies I undertook a historical investigation into my family history and through the stories my mother told me as she shared her life history, I came to know the important role that Ubabamkhulu (Grandfather) played from a historical perspective in the making of the nation,” said Mogadime of the personal connection to her talk. “Just three years ago, in 2012, they celebrated 100 years since the founding of the ANC.”

As Mogadime’s travels continued, her itinerary took her on the road to the UFS campus in Qwagwa. It was during this trip that she saw the remnants of apartheid that still exist.

“I saw the beauty of South Africa and the grave despair,” she says. “The work that colleagues are doing is a form of social action and outreach into communities. It represents despair meeting hope because these colleagues are working from a social reconstruction philosophy of education orientation that insists that education be a ‘means of liberation.’”

In addition to her keynote address, Mogadime co-presented with Mahlomaholo at the annual national conference the South African Education Research Association, moderated an educational journal panel and aided in the facilitation of discussions on collaborations with Faculty of Education members.

One of the highlights of the academic visit was to meet the editors of South African journals – which included panel members from eight South African accredited education journals, Mogadime said, adding she moderated the panel at the SAERA Annual Conference, alongside Dr. Juliet Ramohai (UFS).

“Editors play an important role in overseeing the high quality and standards of their journals,” she said. “Becoming a published author in South Africa’s accredited education journals is both highly sought after and prestigious.”