MIWSFPA gets standing ovation from community 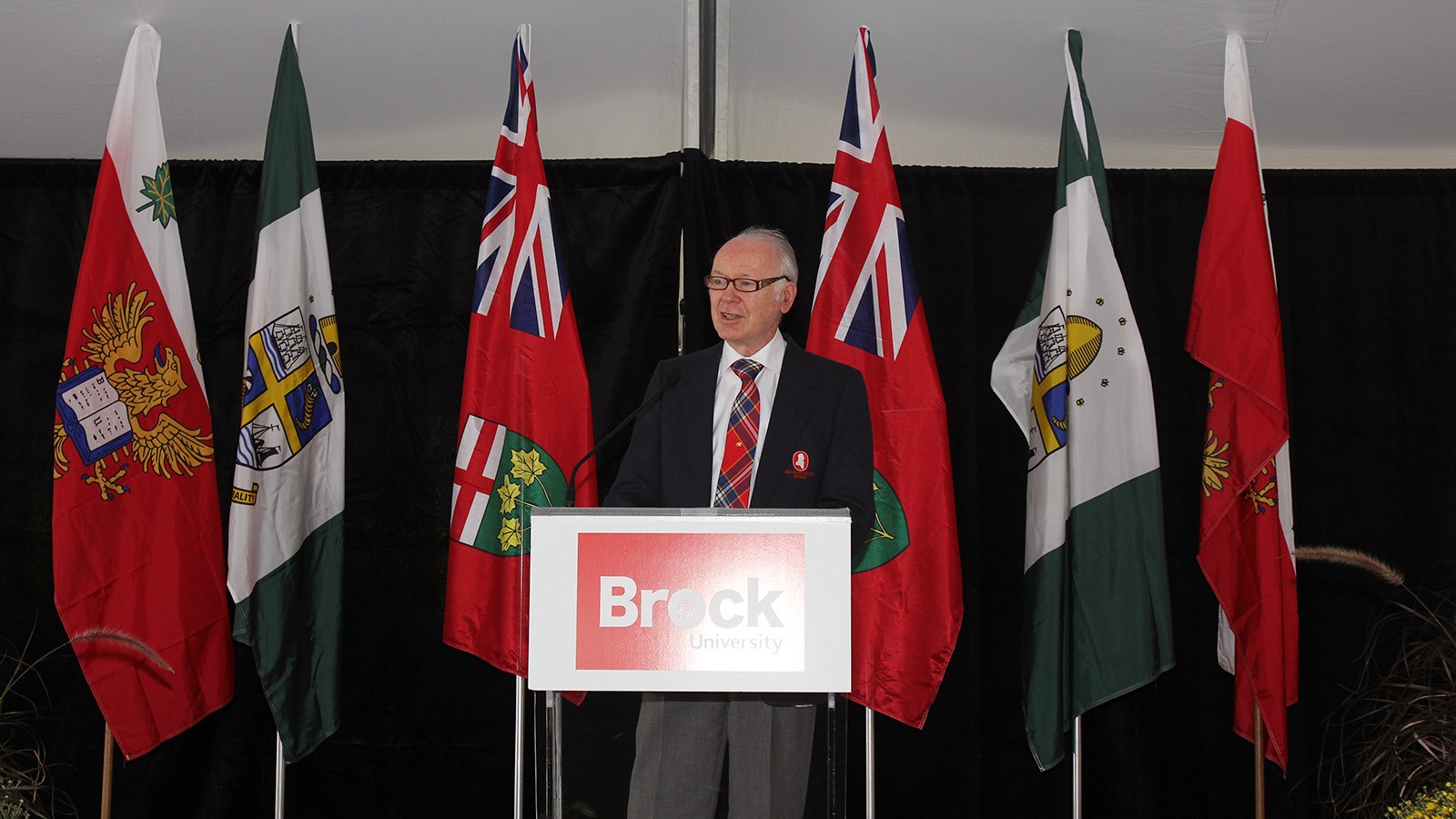 Norris Walker talks during the grand opening of the MIWSFPA.

Marilyn I. Walker has always believed the arts play a vital role in any prosperous community.

They are the lifeblood of a cultured, creative and collaborative city.

Her love for St. Catharines and the arts inspired her to help make Brock University’s dream of a downtown arts facility a reality.

The Marilyn I. Walker School of Fine and Performing Arts celebrated its grand opening Friday with hundreds from the community on hand to share the milestone.

“I very much believe in helping our local area in order to facilitate people to not have to leave for education or work,” Walker said recently. “My real love is this area and seeing it become the best.”

Brock University President Jack Lightstone said the school wouldn’t have been possible without vision and partnerships. It would not have happened as a standalone project, he said.

“The University was clear that unless it was part of a total plan for the revitalization of downtown and its future, it wasn’t interested,” he said.

When community partners came together to develop a plan that would see downtown become a hub of arts and culture, entertainment and digital media, he said the University was on board.

He said so many people put their hearts and souls into making the school come to life.

“This phenomenon happened because committed and generous people made it happen. As a result, we are all witnesses to a dramatic change that is like very few transitions we will ever again see in our lifetimes,” Lightstone said.

The $45.5 million facility in downtown St. Catharines is the result of nearly a decade of hard work and commitment from hundreds of people. The building wouldn’t have been possible without a $26.1 million investment from the Government of Ontario, and numerous corporate and private donors.

“This facility will only enhance the opportunity for those involved in the cultural scene to share their talents,” said MPP Jim Bradley.

He said the transformation of the former Canada Hair Cloth factory pays homage to St. Catharines manufacturing history and is a testament to the renewal of the local economy.

Designed by the renowned Toronto firm Diamond Schmitt Architects and built by Bird Construction, the MIWSFPA is a combination of new space along with the completely renovated Canada Hair Cloth building, parts of which date to the late 1800s. The project was a joint venture with the City of St. Catharines to create a multi-use arts complex to connect the talent of Brock students with the needs of the community. The result is a 95,000-square-foot education facility showcasing the history of the original space combined with modern architecture and learning technology.

Creativity is in the air throughout the historic building with students filling the brightly lit hallways and state-of-the-art studios. It’s not uncommon to see students outside plein-air painting or in the halls rehearsing.

St. Catharines downtown core is also benefiting with students visiting local cafes and restaurants before or after classes.

“The MIWSFPA is an integral part of the transformation of our downtown,” said Mayor Walter Sendzik, noting it has injected “a vibrant, creative energy within the heart of our community.”

He gave credit to everyone involved in making the school a reality from Lightstone for his vision, former Dean of Humanities Rosemary Hale for her spark of an idea and Marilyn and Norris Walker for their gift to the arts.

“Marilyn your gift has transformed a building and a community. It will never be forgotten,” he said.

Norris Walker spoke during the opening ceremony, noting that from the moment his wife Marilyn committed to the project in 2008, she started working on a quilt for the facility. The Tree of Learning quilt created by Marilyn I. Walker.

The nine-foot-tall quilt handmade by Marilyn is prominently displayed in the main corridor of the building. The Tree of Learning  incorporates uncommon fabrics and techniques from textile and fibre art to depict a dream about learning that floats between reality and fantasy.

“We have a facility that will vault us into the vanguard of fine and performing arts pedagogy,” he said. “The reaction of students to their new building has been enthusiastic. They are enjoying and relishing the fact that they are working and studying in a state-of-the-art environment.”

It’s a place that inspires creativity.

“Imagination is our single most important talent for without it one cannot be creative or innovative,” Walker said recently. “It’s not what the physical building means so much as the opportunities that it provides. Now it’s a challenge to your imagination to comprehend what all could be done within this building.”

Below is an interactive image of the new MIWSFPA. Hover over the buttons to see video tours: