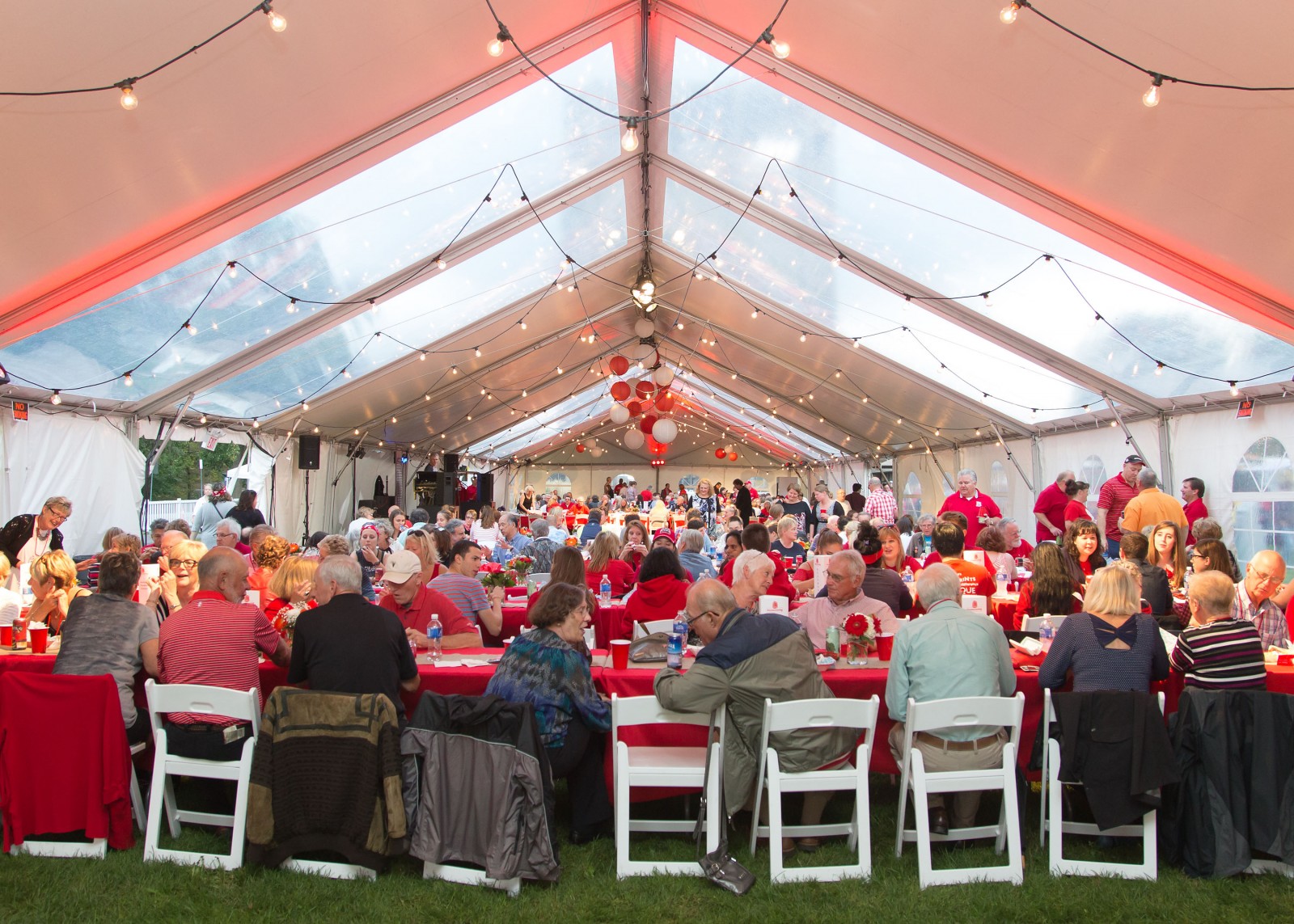 Homecoming events were a big draw this weekend, including the Red Dinner.

Despite weather warnings and dark clouds the crowds flocked to Homecoming 2015 at Brock University.

Over 1,000 students participated in Homecoming weekend, continuing one of Brock’s oldest and messiest traditions at the annual Grape Stomp and then continued the party downtown at the 2015 Steel Blade Hockey Tournament at the Seymour-Hannah Centre.

On Saturday, students, alumni, faculty, staff and community members gathered to officially open the new athletic artificial turf field at Brock University as Alumni Field. Named in part as a tribute to current and former students who helped pay for the project along with the help of an anonymous alumnus donor.

After the official opening of the field, students and alumni watched as Brock athletics took over and won their first game on the new turf field.

Brock alumni spent the day reuniting with one another during reunion celebrations and participated in sold out tours.

During the Alumni Recognition Reception five Faculty graduates were awarded and over 100 individuals received their Cameo Club pin recognizing their success since graduating from Brock University 25 years ago or more. Dan McGrath (BAdmin ’85) was presented as the 2015 Brock University Alumni Association Distinguished Alumni.

The day finished with the much-anticipated Red Dinner welcoming over 450 alumni and friends back to campus. Pat Hewitt returned to campus and kept the party going all night long.