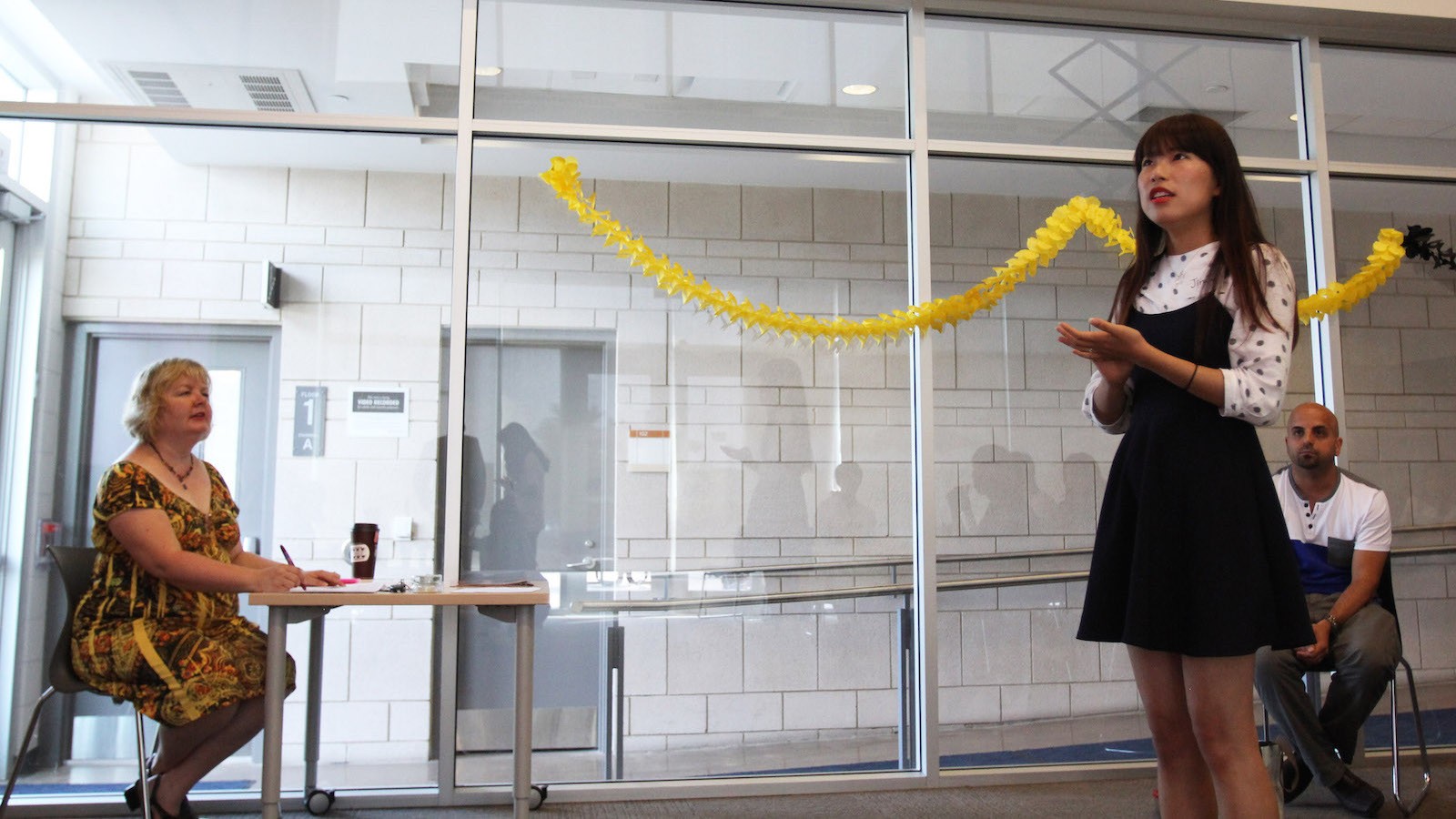 The words seemed easy enough in the beginning.

Su Jeong, Jin Ju, and Chan Hyoek “Oscar” Jeon rhymed off the correct spelling of each with ease. But then came economy, performance and conclusion.

For the ESL students, and their competitors in ESL Services’ recent annual spelling bee, those proved a little trickier.

But Jeong, Ju and Jeon, who had been studying their word list intently until the competition started, remained mostly unfazed by words that have even been known to throw native English speakers for a loop.

Near the end of the contest, which had 18 entrants tested at various levels of language aptitude, Jeong, Ju, and Jeon were in a dead heat for top spot.

Until executive, procedure and marriage. First Jeon got stuck. Then Ju missed a letter.

When Jeong nailed marriage, she may as well have been spelling glory. The first place trophy was all hers. Though she admitted she was nervous, even a little embarrassed that all eyes were on her during those high-pressure moments, Jeong was nothing short of P-R-O-U-D. Ju and Jeon finished second and third respectively.

“This really helps me because when (the monitor) says the words, I’m reminded how to spell and speak and it improves my English abilities,” Jeong said.

And that’s the point, noted Jim Papple, academic co-ordinator of speaking in ESL Services. Students have typically learned some English in their home countries before coming to Brock. Each term they’re here, they focus on mastering a few hundred words, building up to a vocabulary of 3,000 common words that would enable them to comfortably write a five-page university-level essay.

The spelling bee reinforces what the students have spent the past term learning, he added.

“If they have a systemic approach to learning, especially vocabulary acquisition, they’ll succeed at university.”