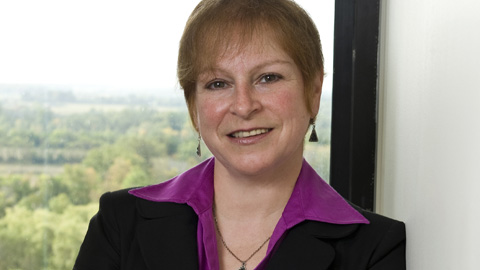 With extreme weather occurring more and more regularly, floods, storms and rising sea levels are some of the threats coastal zones increasingly face.

Add destruction of mangroves and salt marshes because of land development, and you get major deterioration of whole coastal ecosystems, affecting millions of coast dwellers.

Brock biologist Liette Vasseur is among a half-dozen editors of the recently released book Coastal Zones: Developing Solutions for the 21st Century. But the book does more than describe the many challenges with which scientists and policy makers have to grapple.

“The main point of the book was to bring together scientists from different places in the world and to see how they work on solutions for coastal zones,” Vasseur says. “What were the issues? What are these solutions? What can coastal communities do to address the many problems in coastal zones.”

The book covers a wide range of topics, from dealing with plastic garbage on shorelines to implementing appropriate land use practices to using technologies, such as remote sensing, in monitoring coastal ecosystems.

Case studies are featured from Canada, Latvia, Spain, the Lofoten Archipelago, Senegal and the European continent.

Besides being one of the editors, Vasseur, who holds a UNESCO Chair under the theme “Community Sustainability: from Local to Global,” wrote one chapter in the book and co-wrote two others.

Her chapter, “Lobster Fisheries in Atlantic Canada in the Face of Climate and Environmental Changes: Can We Talk About Sustainability of These Coastal Communities?” explores the impact of climate change and over-fishing on lobster populations and looks at conservation programs implemented by the Atlantic Lobster Sustainability Foundation, among others.

Examples of practical measures and policies to address climate change impacts and other coastal challenges include:

• maintaining research and monitoring of coastal ecosystems;
• adjusting fishing quotas and boat fleets according to ocean conditions;
• changing policies to increase buffer zones along coasts;
• integrating the social and ecological aspects of the coast into policies.

“The idea for this book grew from seeds planted by the baseline document, and it was nourished through subsequent work¬shops organized by the working group,” says the book’s introduction.

In the book’s forward, Wendy Watson-Wright, former secretary general of the International Ocean Council, stresses the urgency of effective coastal zone management in the face of climate change and human-produced environmental degradation.

“Coastal zones, the narrow transition areas that connect terrestrial and marine environments, are our planet’s most productive and valued ecosystems,” writes Watson-Wright. “Sixty percent of the world’s major cities are located in coastal zones, and 40 percent of all the people on the planet live within 100 kilometres of a coastal zone.

“Within coastal areas, we see the tightly intertwined relationships between humans and coastal resources ampli¬fying the most urgent questions of limits and equilibrium, sustainability and development in our world today.”