A fond adieu to Ian Brindle 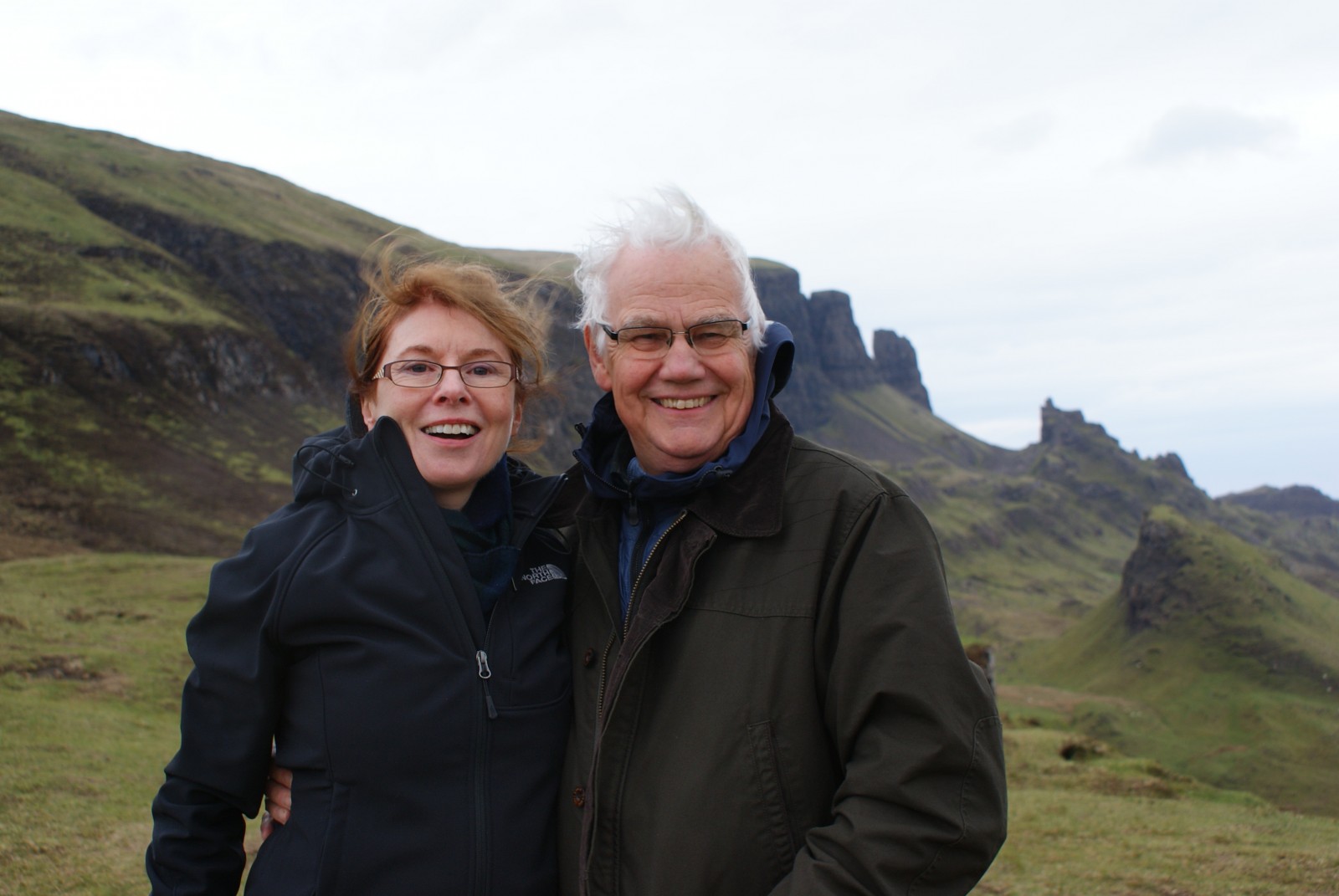 Ian Brindle with his wife Jill, whom he met at Brock. Brindle is set to retire from the University after spending nearly 50 years studying, doing research here and serving as an administrator. . Ian Brindle with his wife Jill, whom he met at Brock. Brindle is set to retire from the University after spending nearly 50 years studying, doing research here and serving as an administrator.

It’s a long way in space and time from the University of Manchester Institute of Science and Technology, where a young chemistry student graduated in 1967.

A BSc in hand was the start of a very different destiny Ian Brindle was carving out for himself from what could have been a continuation of a working-class, poor background in his native England.

After a brief stint as a research technician, Brindle took another step that was to further define his destiny: he followed a colleague who had taken a gamble on a fledgling Canadian institution called Brock University.

And Ian Brindle has never looked back.

Almost 50 years later, Brindle gazes out the window of the ultra-modern Cairns Complex, one of many legacies he leaves Brock University on the eve of his retirement.

Brindle’s star rose from the moment he arrived at Brock in 1968 to pursue a Master’s degree in chemistry, which he earned in 1972. Two years later, he started as a senior demonstrator, becoming a chemistry professor in 1986.

Along the way, Brindle garnered many notable accolades: becoming a Fellow of the Royal Society of Chemistry in 1984; earning a Doctor of Science at the University of Manchester Institute of Science and Technology in 2002; receiving the Queen’s Diamond Jubilee Medal in 2012; winning the Ioannes Marcus Marci Spectroscopic Society medal from the Ioannes Marcus Marci Spectroscopic Society in the Czech Republic in 2015; and being granted the Lifetime Achievement Award from the Faculty of Mathematics and Science in 2015, to name a few.

One of Brindle’s greatest marks that he left on Brock University were his ideas, creative planning and tireless presentations to government officials and donors that led to the construction of the Cairns Complex, which the University desperately needed to accommodate the expanding science departments.

“The faculty of Applied Health Sciences was growing and they wanted graduate students; they needed lab space,” Brindle recalls. “We had plant people who needed adequate greenhouse space, we’ve got people working on the West Nile Virus who needed a lab that was secure in terms of dealing with infectious organisms, so that’s just across the corridor [from my office].

“When you put all of those things together, you end up with 176,000 square feet of building,” he says. “We needed all of that stuff here to become a full-fledged research institution.”

Brindle has also made his mark in the research world. “I spent a tremendous amount of time working on arsenic,” he explains. “So, in terms of understanding the analytical chemistry of arsenic, I think my students and I really made significant contributions to that field.

“This mineral contains the strategically important metal, chromium,” says Brindle. “The recent discovery of a huge deposit in northwestern Ontario will provide a 200-year supply of the metal. Using conventional methods, this dissolution can take hours to accomplish. We have got it down to 10 minutes. The members of the group are absolutely crucial to this work. ”

Among his accomplishments, Brindle and two colleagues from China pioneered the use of the L-cysteine in the determination of hydride-forming elements, which led to its being called the “Brindle Reagent.”

A recent use of the Brindle Reagent is to make it easier to measure gold and mercury.

Roger McLaughlin, a former graduate student, and Brindle received a U.S. patent for a device for atomic spectrometry known as the Multimode Sample Introduction System, which improves performance in the analysis of water, wastewater, sludges and sediments for toxic elements, such as arsenic and selenium. The device is available on instruments made by Agilent Technologies, a major instrument manufacturing company

Brindle’s recent research also focuses on measuring the bioaccumulation in the environment of dioxins/furans, halogenated flame-retardants, and other persistent organic pollutants deposited in the Great Lakes (http://brocku.ca/brock-news/?p=19652).

And, at the March 2015 Prospectors and Developers Association of Canada conference, Brindle and his team provided crucial chemical insights into processes to dissolve rock samples that helped ColdBlock Technologies launch their ColdBlockTM Laboratory Sample Digestion Technology (invented by Brock alumnus, Ravi Kanipayor), which has the potential to revolutionize the mining industry by offering a cheaper, faster and cleaner way to conduct mineral and ore analysis. (http://brocku.ca/brock-news/?p=33062)

Brindle smiles as he looks back on his time at Brock, especially one encounter that was yet another twist of fate: meeting his future wife in the late 1960s, English major, Jill Williams.

“My fondest memory at Brock is meeting Jill,” he recalls. “She completely changed my life.

“One of the great things about having been at Brock is that I’ve always had support from my colleagues,” Brindle continues. “I love St. Catharines. It was a great place to bring up our three kids.”

Although officially off the University payroll, Brindle will continue with his research, focusing on perfecting methods to measure the amount of metals in rocks and ores.

Reflecting on his career and life at Brock University, Brindle feels he has “achieved more than anybody expected.

“When I was about 10 years old, I was taken by the guy whose mother lived next door to us,” Brindle recalls. “He signed me up to be an apprentice rope-maker at the age of 10. Had I not gone to grammar school, I might have ended up being a rope maker.

“So you look at the paths that we take; they’re very convoluted, going in every which direction. What sinks and what swims, you really don’t know until you actually give it a go.”

One comment on “A fond adieu to Ian Brindle”