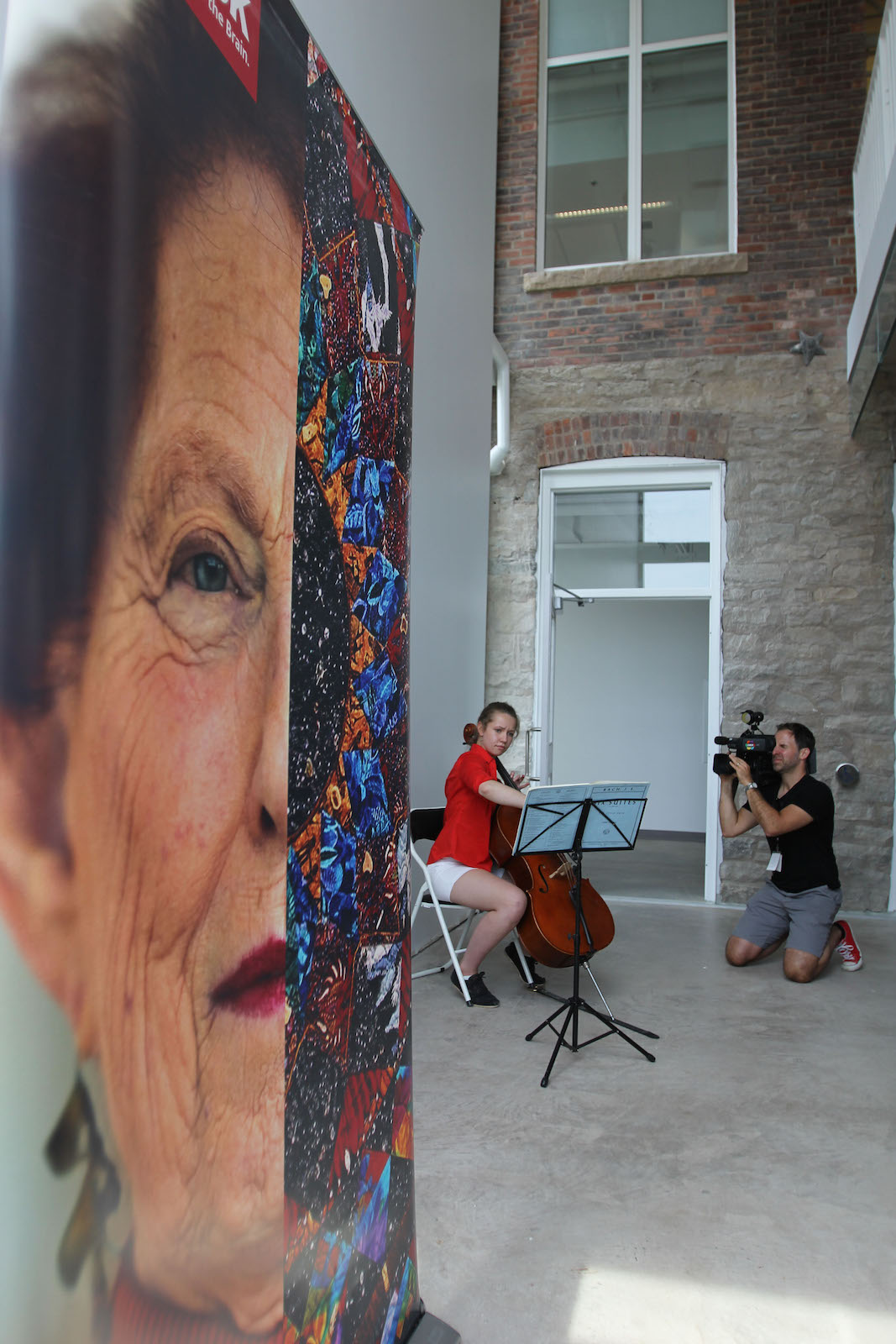 Music student Grace Snippe performs during a media tour of the Marilyn I. Walker School for the Fine and Performing Arts on Friday. A videographer from CHCH in Hamilton zooms in. Music student Grace Snippe performs during a media tour of the Marilyn I. Walker School for the Fine and Performing Arts on Friday. A videographer from CHCH in Hamilton zooms in.

On 15 May 2015, after more than two years of construction, a major project in downtown St. Catharines was granted formal occupancy by the city’s building department.

At that moment, the new home of Brock University’s Marilyn I. Walker School of Fine and Performing Arts officially stopped being a building project and began life as a dynamic educational facility.

The keys were handed over, and the University became responsible for everything from security guards to providing Wi-Fi, switching on the lights and cleaning the restrooms.

“For Brock, it provides another purpose-built facility serving the very specialized needs of the school, like the Cairns Complex has done for science and health science,” he said. “For Niagara, it is a landmark in what a university and a city government can achieve in a close working partnership to bring new life and a new economic base to St. Catharines’ downtown core.”

The five-storey school is partly new construction and partly restored heritage buildings, including a 19th-century textile mill. But it’s all state-of-the-art, from the new 235-seat performing arts theatre to its digital media studios, photo darkrooms, instrumental music rooms and any other number of specialized facilities needed to support the development of students within numerous genres of dramatic arts, music and visual arts.

The project was designed by Diamond Schmitt Architects, who have been the visionaries behind entertainment complexes in cities from Toronto and Montreal to St. Petersburg, Russia.

“The adaptive re-use of this fine heritage structure is bringing to life innovations in dramatic arts education that demonstrate the value of preserving this building in the revitalization of St. Catharines,” said Michael Leckman, principal, Diamond Schmitt Architects.

The inaugural wave of 500 students won’t arrive for another three months, but from now until September the Walker School will bustle with activity.

Just furnishing an empty 93,700-square-foot complex will take weeks, and once the moving trucks have stopped unloading, faculty and staff members relocating from the Walker School’s current home on the main Brock campus will scramble to get settled and organized for a September they will always remember.

The ambitious $45.5-million project was made possible by a $26.2-million investment from the Ontario government as well as a $15-million transformational gift from local textile artist and philanthropist Marilyn I. Walker.

Walker, who recently got her first tour of the completed project, said she was extremely pleased with the final result.

“It’s a challenge to your imagination to comprehend what all could be done within this building when it comes to educating students,” she said. “It’s not what the physical building means so much as the opportunities it will provide … the possibilities for using these state-of-the art facilities for the benefit of the community.”

Official opening ceremonies are being planned for mid-September, during Brock’s Homecoming Weekend, and University officials are also working on plans for public tours of the landmark facility, probably sometime in the fall.