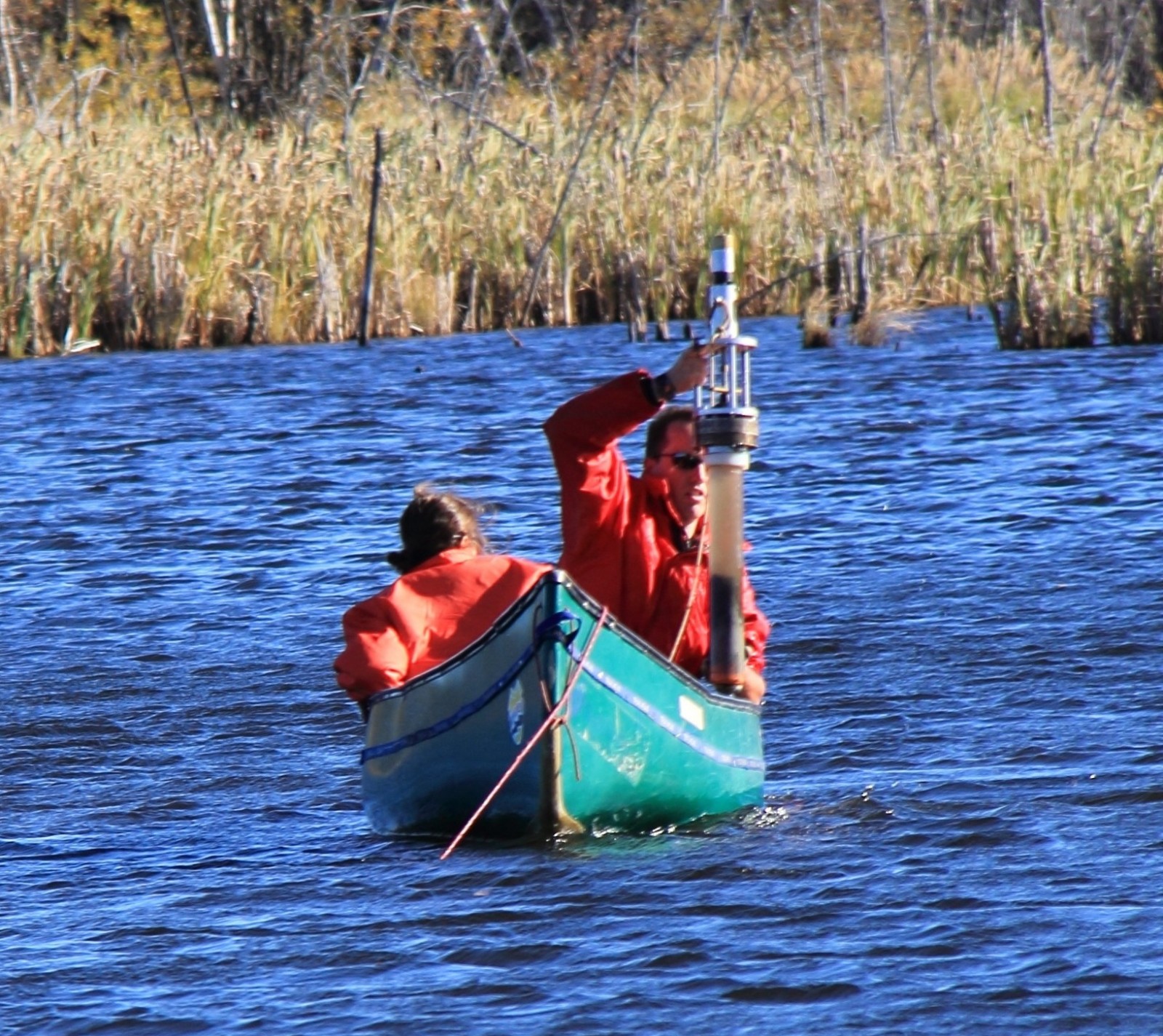 Thienpont and a colleague in a sediment corer canoe. Image by Linda Kimpe (University of Ottawa). A birch bark canoe donated to Brock University is now on display in Welch Hall.

Grand Chief Yesno, who was delayed  and unable to attend the celebration of a traditional birch bark canoe Tuesday, June 9, was able to particpate the faculty’s alumni and teaching awards breakfast prior to convocation on June 10.

The journey of the canoe has been a lengthy one, as its origins began in 2007 when a research team from the Brock University Tecumseh Centre for Aboriginal Research and Education met with students from Queen Elizabeth District High School in Sioux Lookout, Ontario as part of a research project. The canoe was built by the high school students using traditional methods, including harvesting the materials. They gave it to the Brock researchers, and it is now finally on display at the University’s Welch Hall, home to the Faculty of Education.

“A gift is a very special token in all cultures,” said Dean Fiona Blaikie to a gathering of about 30 people Tuesday afternoon. “Gifts symbolize connection, they symbolize relationships, they symbolize partnerships and the giving to us of the birch bark canoe symbolizes the connection we have with the Nishnawbe Aski a very importation connection and one we wish to continue.”

“The canoe to me symbolizes opportunity, symbolizes development, symbolizes growth, symbolizes making a better life,” said Brock President, Dr. Jack Lightstone. “In a way education is now one of those vehicles for opening up opportunity to all the peoples of our land.”

On Wednesday, June 10, Yesno joined Brock administrators on stage as students from the Faculty of Education, including nine graduates from the Bachelor of Education Primary/Junior Aboriginal program, were recognized during spring convocation.