Woodruff collection a gift for all of Niagara 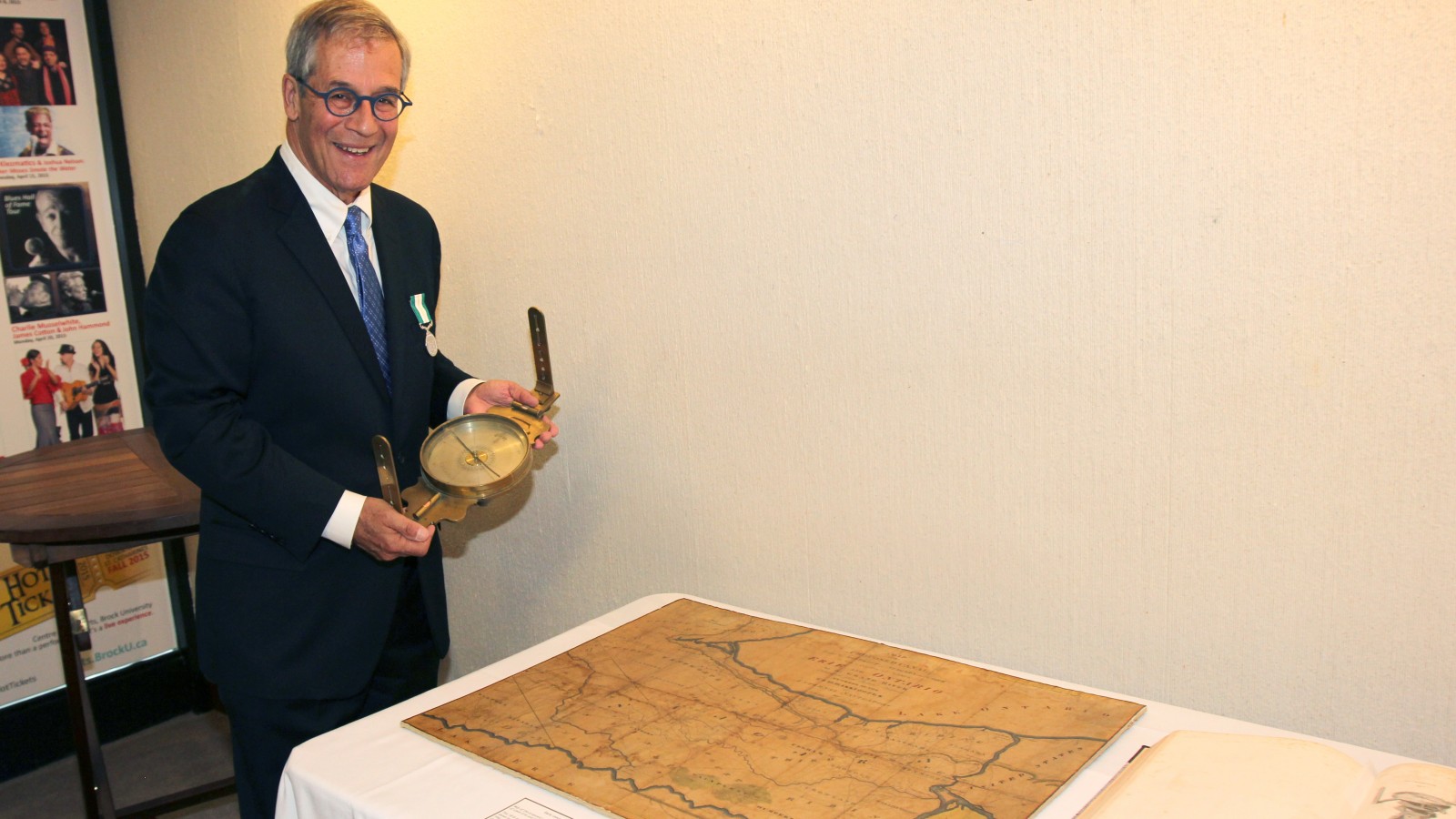 Chris Taylor, one of four cousins who donated the Robert DeVeaux Woodruff Collection to Brock University. Calling it a gift to the entire Niagara region, the four cousins who inherited a spectacular collection of historically-significant Niagara artifacts have donated it to Brock University.

The Woodruff Family Collection was officially unveiled Tuesday in a ceremony at Brock, where Christopher Taylor, whose uncle had owned the collection, said he was happy to see it go to a good home.

“The family is absolutely delighted that Brock has accepted responsibility to take on this collection and to manage it and make it available to the public at large,” said Taylor.

Taylor and his cousins Julia MacDonald, Martin Woodruff Band and Eric Taylor inherited the collection when Robert Band died in August 2013. Band was an avid collector and had himself inherited it from his parents, Percy Band and Margaret Woodruff.

The Woodruffs came to Niagara shortly after the American Revolution and became a prominent political, social and economic force in the area and within Upper Canada.

The collection includes 14 boxes of records that chronicle the family from 1783 to 1984. It covers the family’s involvement in the War of 1812, the building of the second Welland Canal, the Upper Canada Rebellions, constructing roads and railways, environmental conservation, the First World War, business, politics, and more.

“By reading the material and looking at the photography, the certificates of births and deaths and the broadsheets that reported on the society of the time, it shows the struggles, the hardships, the joys and successes that family had to contribute to one another and the community here,” Taylor said.

“There were a number of possible fates that these materials could have met,” said David Sharon, Head, Special Collections and University Archivist. “But these public-minded folks wisely chose to keep the collection together as it had been for decades, honouring the work of Bob, Percy and Margaret.”

The entire collection is valued at $325,000 and is being handled by Brock’s Archives and Special Collections. In addition, the Friends of the Loyalist Collection at Brock University group are going to pay to digitize the entire Woodruff collection.