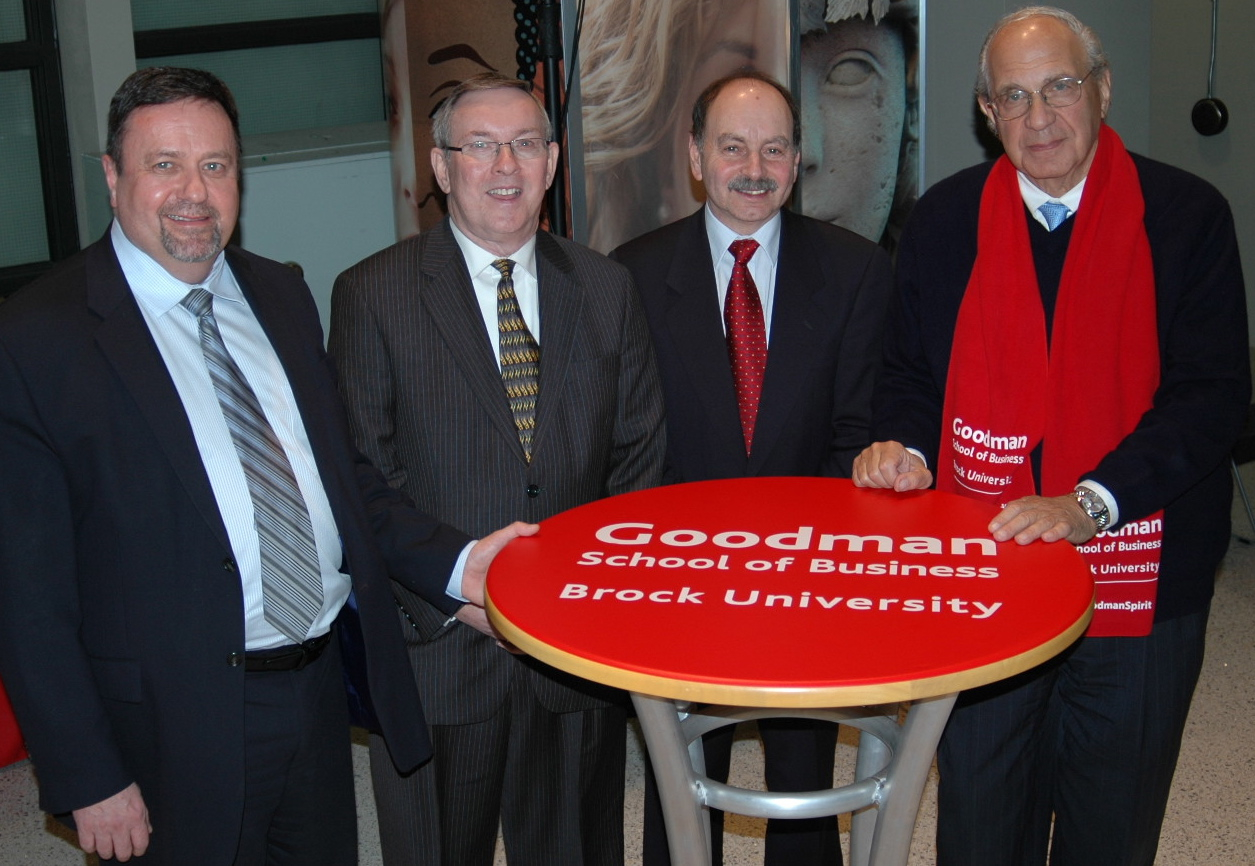 The funding was announced in the 2015 Ontario budget, delivered today (April 23) in the provincial legislature by Finance Minister Charles Sousa.

The government’s statement said, “This expansion will provide more students with innovative learning options and greater flexibility to gain the skills and knowledge required for success after they graduate.”

The government decision means Brock can now access further investment from the private sector and proceed with the much-needed expansion of its business school.

Brock President Jack Lightstone expressed delight at the announcement, calling it “a visionary judgment that recognizes the key partnership role Brock plays with our host communities in the Niagara region.”

Lightstone said he was once again humbled by the support of St Catharines MPP Jim Bradley for supporting this proposal. He also thanked Reza Moridi, the Minister of Training, Colleges and Universities, for recognizing the importance of the project.

“Brock is thrilled with the province’s investment ?in Niagara,” said Lightstone. “It is tremendous to see the government invest in the Goodman School to complement the transformative gift of Ned Goodman and the Goodman family.

“A year ago Brock signed a Strategic Mandate Agreement with the Ontario government, in which the government affirmed Brock’s mission, its special strengths, and areas of growth and expansion. The Goodman School of Business was explicitly mentioned in our SMA.”

Brock has been working with partners and with provincial officials to assemble a viable plan that would enable the project. As a result, the University has been pursuing a proposal, expected to cost more than $22-million, to expand the Goodman School through renovation and additions

Brock already has Canada’s largest business co-op program, and the improved facilities will allow Goodman to maintain its international standing and continue to attract some of the brightest minds in the country.

Part of the project cost will be covered though fund-raising and philanthropy, including a significant contribution from the 2012 gift by Goodman, a businessman and investment leader who is also the University’s former chancellor.

Don Cyr, Dean of the Goodman School of Business, praised the government’s decision and called it tremendous news for faculty and students.

“We are deeply gratified,” said Cyr. “The Goodman School of Business has well exceeded capacity in our current building, and our students and faculty will get a learning environment that reflects the dynamic, innovative school that is Goodman. We look forward to working with the government and all of our partners on the next steps.”