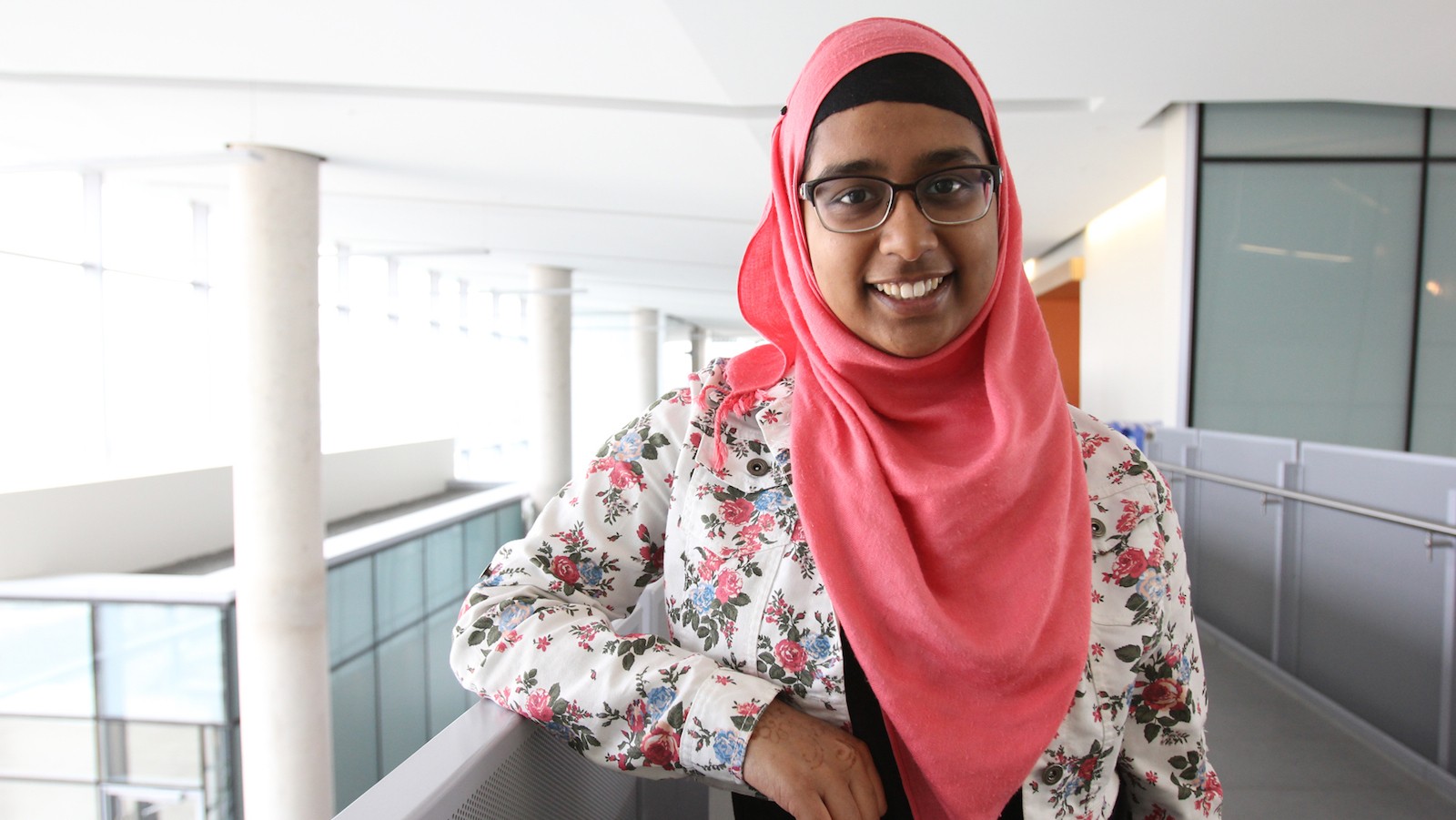 For the first time, a Brock University student has won a 3M National Student Fellowship Award.

Originally from Toronto, Aniqah is a recognized leader in the Brock community and is a National Youth Ambassador for Passages Canada. She volunteers at many campus events and is involved in several student groups. She’s hoping to eventually work in International Human Rights Law focusing on the Middle East.

Aniqah, 19, won the award because of her ongoing efforts to empower youth and encourage equality in education. She co-founded BrockU Talks, a speaking event that allows youth leaders to speak about their passions, as well as the ReConnect Movement, which seeks to bridge the gap between Brock students and marginalized youth in Niagara.

“This award gives me the chance to celebrate not only all the people who have been behind me and helped me reach this stage, but also allows me to bear Brock University’s name on a national level, and represent the University that has been so fundamental to my success and development,” said Aniqah.

“We are proud to stand behind Aniqah and witness her achievements in both educational leadership and academics,” said Faculty of Math and Science Dean Ejaz Ahmed.

The 3M National Student Fellowship Award is presented annually to ten undergraduate students in Canada who have demonstrated outstanding leadership, as well as a vision for how their academic experience can be enhanced. Winners must not be in their first or last year of study.

Aniqah will be presented with a $5,000 award, as well as registration and travel costs to participate in the Society for Teaching and Learning in Higher Education conference, being held in June in Vancouver.