The General is home 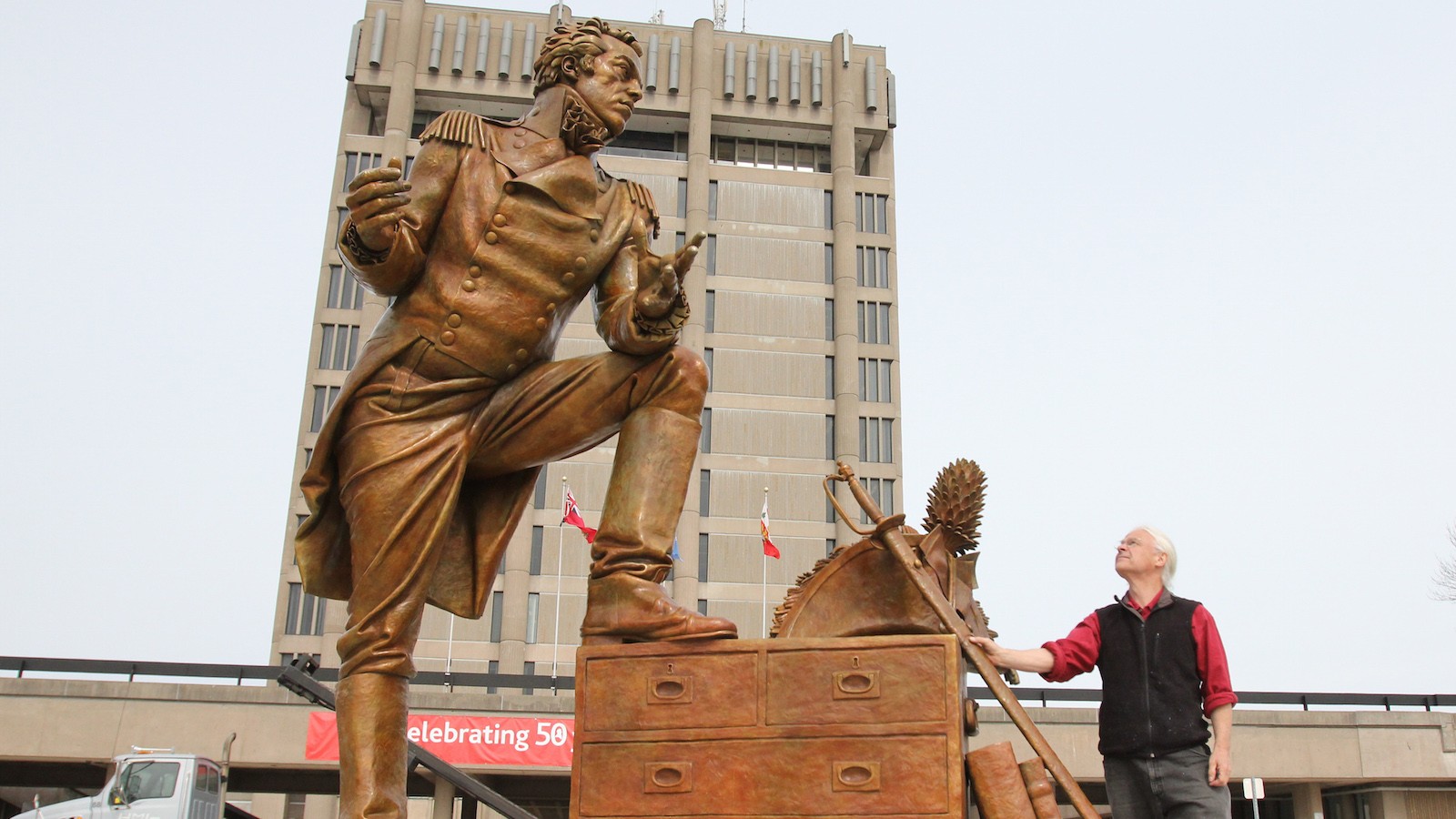 Artist Danek Mozdaenski takes in his sculpture of Maj.-Gen. Sir Isaac Brock after it was erected in front of the Schmon Tower Monday.

It was a journey 4,000 kilometres in the making, but one that goes back much further than that.

To a round of cheers and applause, the 3,500-pound bronze statue of Maj.-Gen. Sir Isaac Brock, created by Canadian artist Danek Mozdzenski, was lowered onto a concrete stand in front of the Arthur Schmon Tower Monday afternoon at Brock University.

More than 1,000 students and staff members came out to celebrate the final result of years of planning and months of construction. Students gathered to greet The General.

Mozdzenski, a well-known sculptor from Edmonton, AB, watched carefully as construction crews raised The General off of the flatbed truck that carried him from a foundry in Oregon across the continent to Niagara.

Like a proud father showing off his new child, it was Mozdzenski who gave the all-clear to the crowd that had gathered, allowing them to touch the bronze masterpiece.

At Mozdzendski’s request, the 15-foot-tall statue was cast by Valley Bronze, a well-established foundry in Joseph, Oregon, located about 530 kilometres east of Portland. The renowned artist stayed hands on during the casting phase, spending about two months working with staff at Valley Bronze and watching his creation come to life.

Finally, last Tuesday, The General’s 4,000-kilometre journey home on the back of a flatbed transport truck began, and he arrived safely in St. Catharines Sunday afternoon.

It was Mozdzenski himself who carefully cut the protective wrap off of the statue Monday morning, and then gave him a quick polish before the big reveal.
The entire project was the result of a generous $1 million-donation in 2013 from local businessman and Brock University supporter David S. Howes. Sadly, Howes died after a lengthy illness on Jan. 12.