Brock loses a giant with the death of David S. Howes 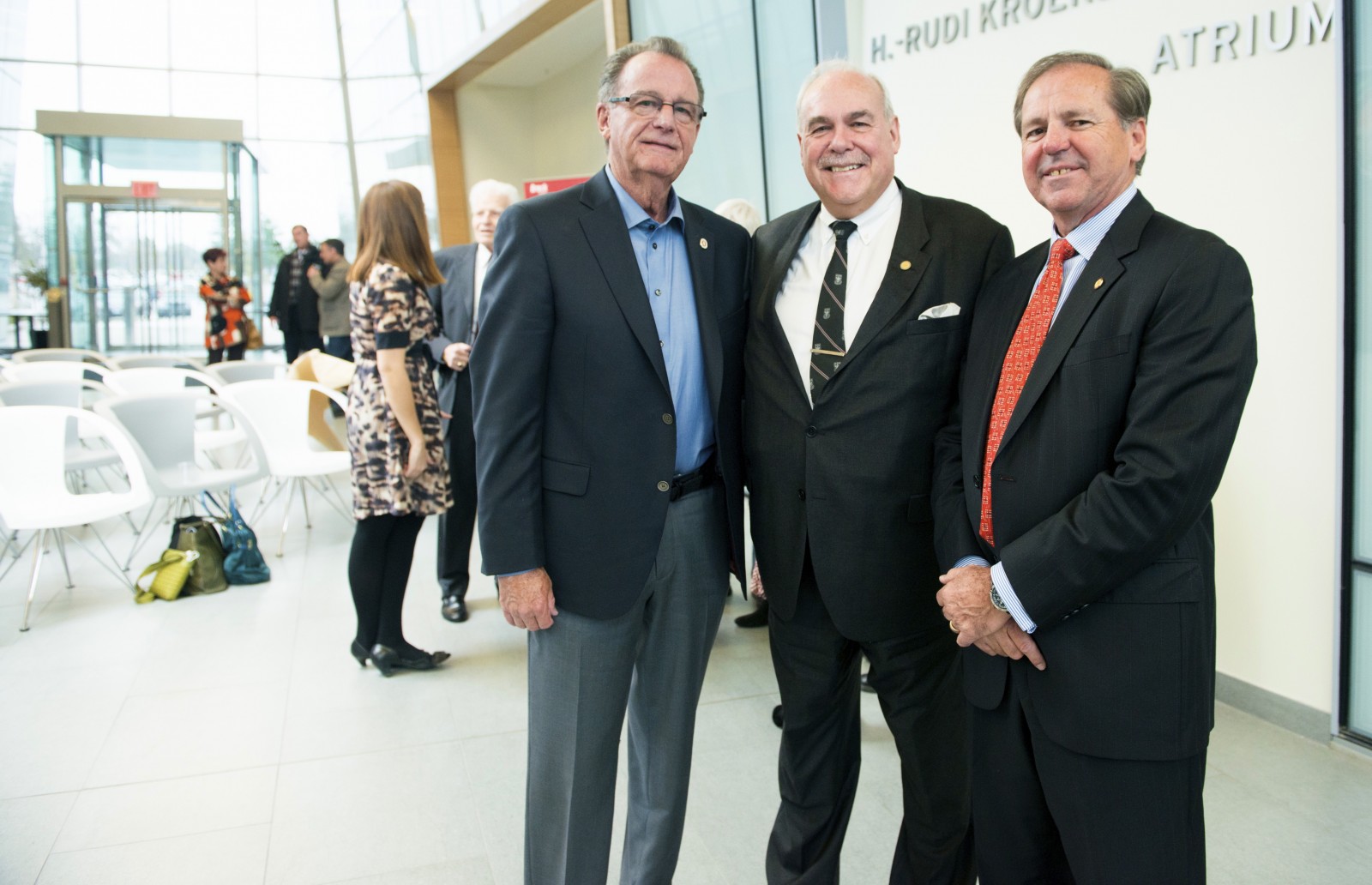 Brock University joins the St. Catharines-Niagara community in mourning the loss of David S. Howes, a longtime friend and passionate supporter of the University, who died on Jan. 12 after a lengthy illness.

Probably more than any individual in Brock’s history, Howes was a symbol of the bond between the University and its host community.

A successful businessman who shunned the spotlight, Howes had a legendary reputation for supporting his local community by funding and serving on a wide range of boards and organizations.

In the case of Brock, Howes developed a relationship that saw him significantly guide and support the University through an era of major growth. Besides spending 12 years on its Board of Trustees as a trustee, chair and immediate past chair, his personal support helped create, expand or improve facilities and events that enriched the student experience.

“Dave Howes was a giant,” said Lightstone. “He lived and breathed Brock University in every aspect of his being. His commitment to Brock over many years has been a constant, and it will live on as long as there is a Brock University.

“It is impossible to quantify the full impact he had and the difference he made for so many people. He obsessed about supporting students and their experience, and he was adamant about honouring our history and our relationship with the community.”

John Suk, Chair of Brock’s Board of Trustees, said Howes put an indelible stamp on the University.

“Dave was an inspiration whose values every one of us should follow,” said Suk. “In so many ways that most people never saw, he was a relentless advocate and leader for this institution.”

The connections between Howes and the University run deep.

The David S. Howes Theatre on campus bears his name in recognition of a gift made through his company, Lincoln Fabrics.

In 2012 he received an honorary degree from Brock for what Lightstone called his “commendable community leadership and commitment to our University, our students and our history.”

In 2013 he made a major gift to fully underwrite the cost of a bronze sculpture of University namesake and War of 1812 hero Maj.-Gen. Sir Isaac Brock. The sculpture by renowned Canadian artist Danek Mozdzenski is expected to arrive on campus in the coming weeks.

Each spring Howes would chair the President’s Golf Tournament, which has raised more than $900,000 for bursaries and scholarships that have helped more than 1,000 student athletes.

He founded General Brock’s October Soirée, a fundraising gala held every autumn to commemorate the University’s namesake. Now in its seventh year, the Soirée has raised more than $400,000 to support student initiatives and scholarships.

One legacy was particularly important to Howes himself. He was the driving force in creating the Spirit of Brock medal, presented to students who best embody the spirit of Sir Isaac Brock – leadership, courage, innovation, inspiration and community service. Lightstone said these values are why Howes himself was the only person to ever receive the medal who was not a graduate of the University.

“Dave believed that since the University had taken the name of Major-Gen. Sir Isaac Brock, then it must live up to Brock’s legacy and embody the traits for which the General is remembered.

Born and raised in St. Catharines, Howes received his primary education in the city’s schools. He graduated with a Bachelor of Science degree from the University of Western Michigan with a major in History and minors in English and Political Science.

In 1983, he became the second generation to lead the family business, Lincoln Fabrics, which was founded by his father A. Stewart Howes in 1955. He became President & CEO of the company in Canada and the United States, which produces technical fabrics for high-performance and life-critical applications, including automotive, defence and emergency services products.

His fingerprints are all over the community. At various times he chaired or served on the Business Education Council; the Wise Guys Charity Fund; the Niagara Health System’s North Niagara Campaign Cabinet; St. Catharines Community Fund Development Team; St. Catharines Sports Hall of Fame; St. Catharines Athlete and Sports Person of the Year Selection Committee; and chair of the Joint Executive Committee steering the downtown Academic and Cultural Arts Centre – a joint venture between the City of St. Catharines and Brock University.

The University is still awaiting details about funeral arrangements, and will publish this information when it becomes available.

6 comments on “Brock loses a giant with the death of David S. Howes”