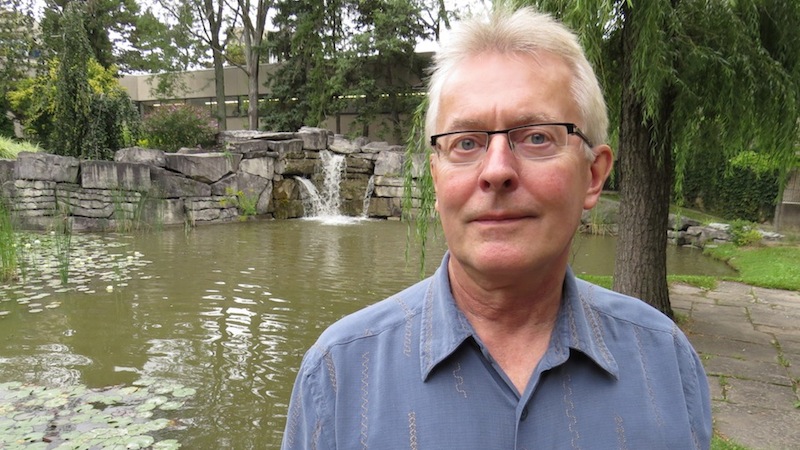 A Brock University scientist’s new way of identifying people most likely to get lung cancer could help cash-strapped health care systems devote more of their resources to patients who need it most.

As published in the Dec. 2 issue of the American medical journal PLOS Medicine, the risk threshold is also better than current methods at detecting lung cancer in early stages.

Currently, the United States Preventative Services Task Force (USPSTF) recommends that people undergo low dose computed tomography (CT) lung screening if they are between 55-80 years old, have a heavy smoking history and have quit smoking less than 15 years ago.

Tammemägi’s lung cancer risk prediction model (PLCOm2012) is combined with a new risk threshold to improve how individuals are selected for lung cancer screening. “This method appears superior to the way the National Lung Cancer Screening Trial or the U.S. Preventive Services Task Force chooses individuals for screening,” he says.

Tammemägi and his team found that using this approach led to 8.8 per cent fewer individuals requiring screening, and yet identified 12.4 per cent more lung cancers in their research participants.

“Because this risk threshold method is more efficient than the existing selection criteria, it is expected to save more lives and, because it will reduce the number of false positives, it will relieve some of the anxiety and risks associated with false positive screens,” says Tammemägi.

Tammemägi explains that computed tomography or CT lung screening of high-risk individuals can lead to detection of lung cancer at an earlier stage, which can often be treated successfully by surgery. Advanced stage lung cancers are usually treated with various combinations of surgery, chemotherapy and radiotherapy, but survival for these advanced lung cancers is generally poor.

Tammemägi notes that, in the U.S., the Affordable Health Care Act will, as of Jan. 1, 2015, require insurance companies to pay for screening of high-risk individuals 55 to 64 years of age. He says in February, the U.S. Centers for Medicare and Medicate Services is expected to recommend and cover the cost of screening high-risk individuals age 65 to 75 years.

“In Canada, lung cancer screening is expected to unfold over the next few years,” says Tammemägi.

Tammemägi and his team report their findings in their paper “Evaluation of the Lung Cancer Risks at Which to Screen Ever- and Never-Smokers: Screening Rules Applied to the PLCO and NLST Cohorts,” published Dec. 2 in the leading open-access medical journal PLOS Medicine.

Tammemägi’s latest research builds on his earlier work. He created risk calculation software that can reduce surgical procedures by helping doctors know if nodules showing up on CT lung scans have a high probability of being cancerous. This research appeared last September in the New England Journal of Medicine.

He published research in May 28, 2014 in The JNCI: Journal of the National Cancer Institute showing that the more serious the CT results, the more likely a smoker will be to quit smoking.