Brock remembers: ‘I’m kind of … following in his footsteps in a certain light.’ 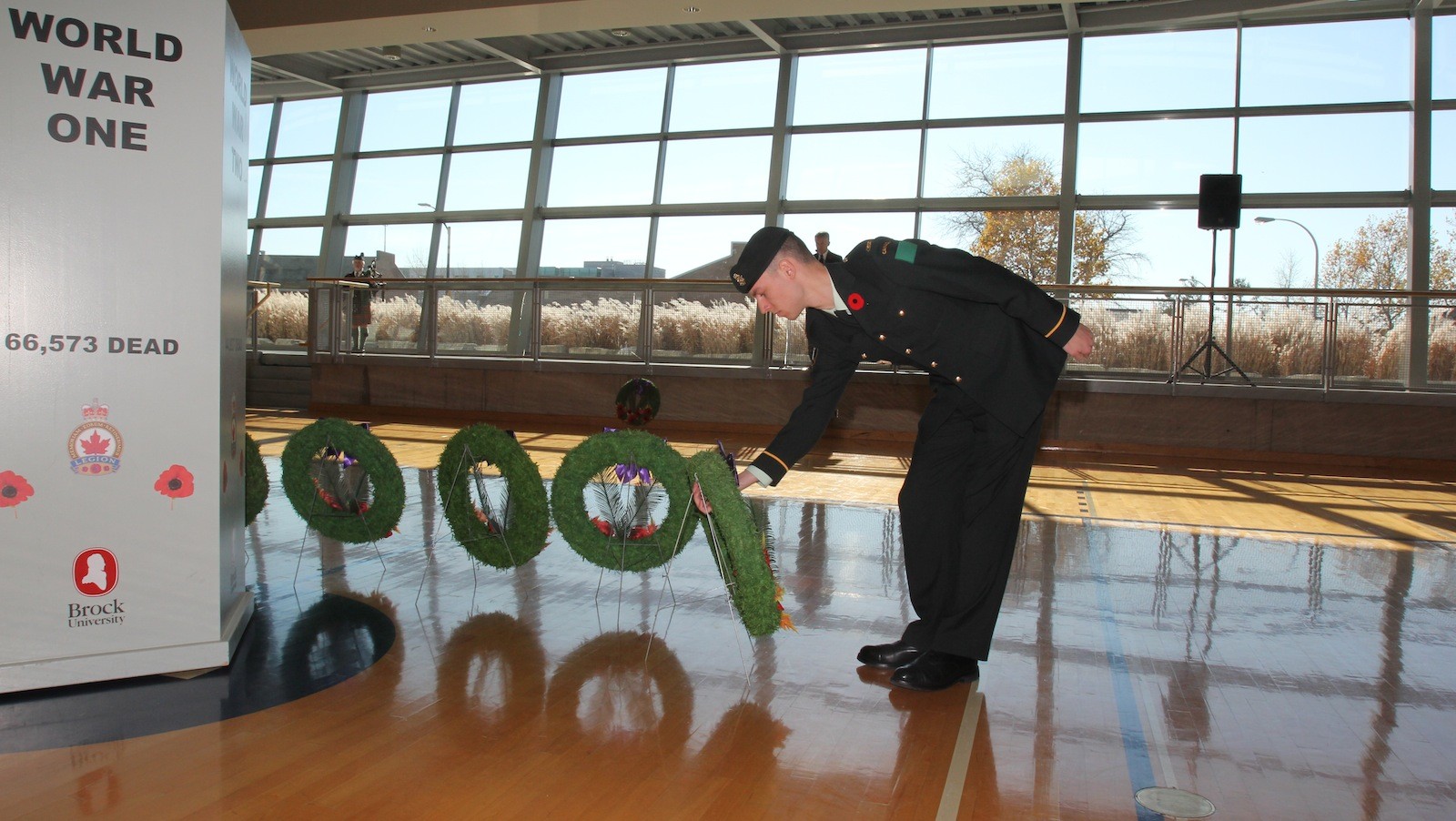 Jordan Lobb has now been on both sides of a Remembrance Day ceremony at Brock University.

Last year he sat amongst students, staff and faculty in the Ian Beddis Gymnasium. On Tuesday, the officer cadet sat beside Gerry Grant, an 82-year-old who was in the Navy during the Korean War but who never made it into battle.

“To do what I did, laying a wreath, was a very cool experience,” Lobb said after Tuesday’s Remembrance Day gathering. “To come out and see how much our school supports the troops and Remembrance Day (was meaningful), especially keeping in mind the school’s heritage of the military being named after Sir. Isaac Brock.”

Lobb was named after his great uncle who was a tank commander during the Second World War. The 19 year old from Clinton, Ont. joined the Canadian Forces last March and is part of the Lincoln and Welland Regiment.

“I’m kind of doing a little bit of what he did and following in his footsteps in a certain light.”

Lobb, a bachelor of arts student in business/corporate communications, believes today’s students have an increased awareness and appreciation for the sacrifices soldiers made for Canada’s freedom.

The death of Cpl. Nathan Cirillo, 24, who was killed last month while guarding the National War Memorial in downtown Ottawa, affected an entire country.

“It was closer to home in a lot of ways,” Lobb said.

Grant, who has been laying wreaths at Brock each Nov. 11 for close to 10 years, said he was very impressed by the student turnout in the packed gymnasium.

Brock President Jack Lightstone, BUSU president Roland Erman, and graduate student president Lee Belding were among those to speak and lay wreaths during the gathering, which included aboriginal drumming and members of local legions.

“It’s a wealth of experience in a lot of ways,” Lobb said of veterans’ stories. “It’s a beautiful experience and beautiful opportunity to listen to someone tell their story … because eventually we’re just going to lose those stories if we don’t get them and experience them.” 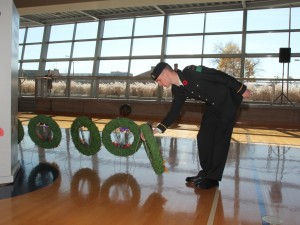 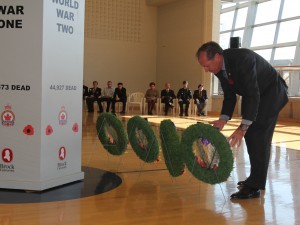 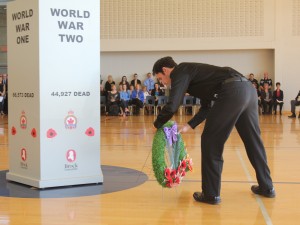 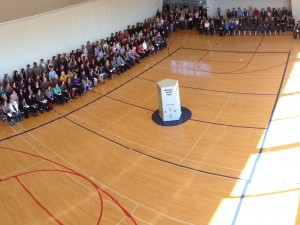 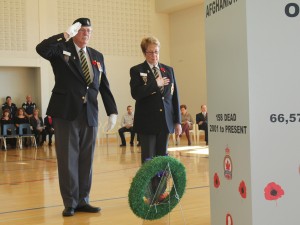 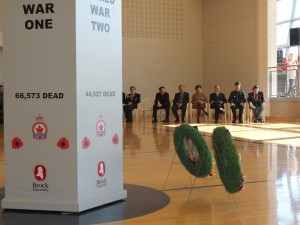 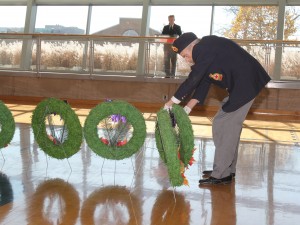 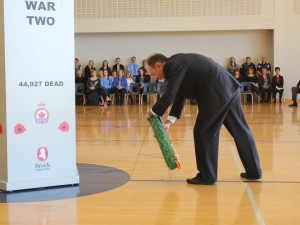 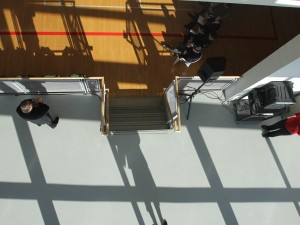 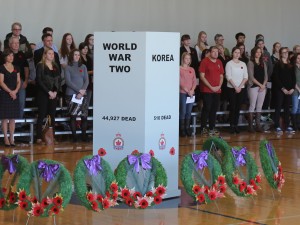 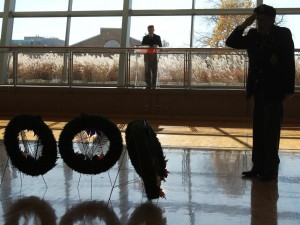