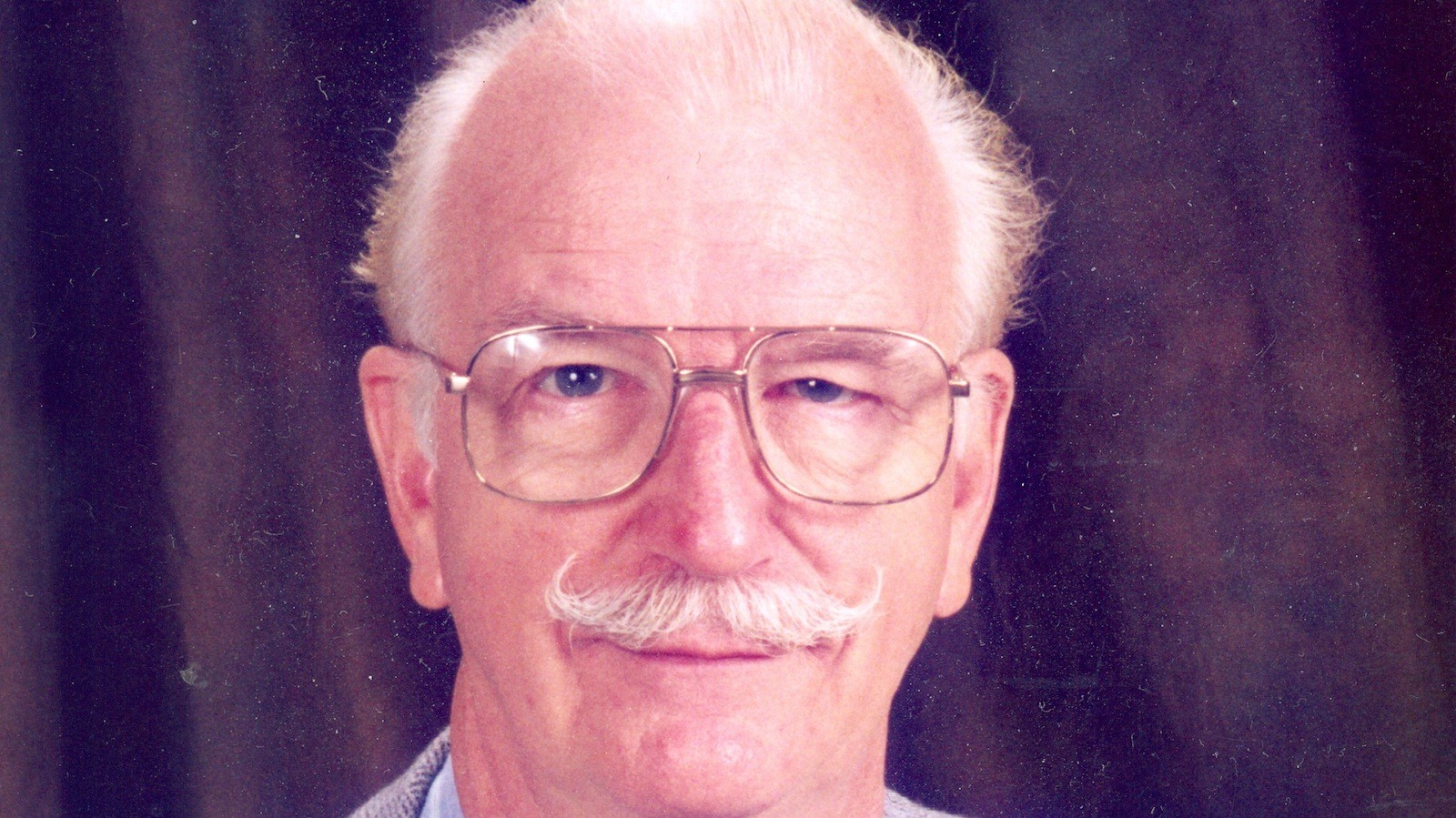 Students recognized Prof. Jim Mayberry by his handlebar moustache and related to him through his ability to break down the most simple and scientific mathematical components.

Mayberry pioneered the teaching of operations research and game theory at Brock, and the professor emeritus was a fixture at the University for 24 years.

He died Sept. 8 at age 85, and a memorial to celebrate his life will be held next week.

“Students still come up to me 30 years later and say, ‘I still hate math but I loved your dad’,” Elna Mayberry, Jim’s daughter, said. “When he was teaching, students came first.”

When Jim Mayberry arrived at Brock in 1971, he would pick up Elna – then in Grade 5 – from elementary school and bring her to campus while he finished work. Elna would ride the elevators and clean cups in the math department, which was located on the 11th floor of the Schmon Tower.

“For the most part he was pretty easy going,” said Elna, a Brock alumna and now 12-year Brock employee currently in International Services.

Jim Mayberry was born in New Haven, Conn., and grew up in Stratford, Ont. He attended Upper Canada College, the University of Toronto and Princeton University, where he earned his PhD in Mathematics and graduated in the same cohort as Jim Nash, who was the subject of the 2001 movie A Beautiful Mind.

“Jim was the consummate gentleman: witty, funny, cultured, and always elegant,” said Faculty of Mathematics and Science Associate Dean Dr. Hichem Ben-El-Mechaiekh, who worked with Mayberry for eight years. “During his 24 years at Brock University, his sharp mind and ebullient mood forced the admiration of his students and colleagues and provided a vivid illustration of how to have fun doing Mathematics. His passing away saddens us all, but his memory stays around as death has nothing to do with going away.”

Mayberry travelled the world for work, and he applied his knowledge of math to become a decorated analyst with multiple branches of the United States Armed Forces.

In addition to teaching thousands of Brock students, Mayberry served as Mathematics chair and sat on the Senate. While others smoked during Senate meetings, Mayberry – who always wore a suit and tie to work – would crochet.

“When you’re six-foot-four and look like a sergeant major, you could do whatever the heck you wanted,” Elna said with a laugh.

Mayberry loved the arts, especially singing, dancing and theatre. Most of all, however, Mayberry loved to learn and to teach. He was “fair, accessible and helpful,” Elna said.

“He could help somebody who was in Grade 1 and learning addition, up to post grad and working on economic theory, game theory and knot theory, and adjust and teach to whatever level you needed and be able to explain things.”

Donations in Mayberry’s name may be made to two of his favourite charities – the Jim Howard Society and Médecins Sans Frontières – or to any other charity of one’s choice.

A service will be held Tuesday, Sept. 23 at St. George’s Anglican Church, 83 Church St., St Catharines, at 1 p.m., followed by a memorial celebration at the same location.

Online tributes may be made at www.hulseandenglish.com