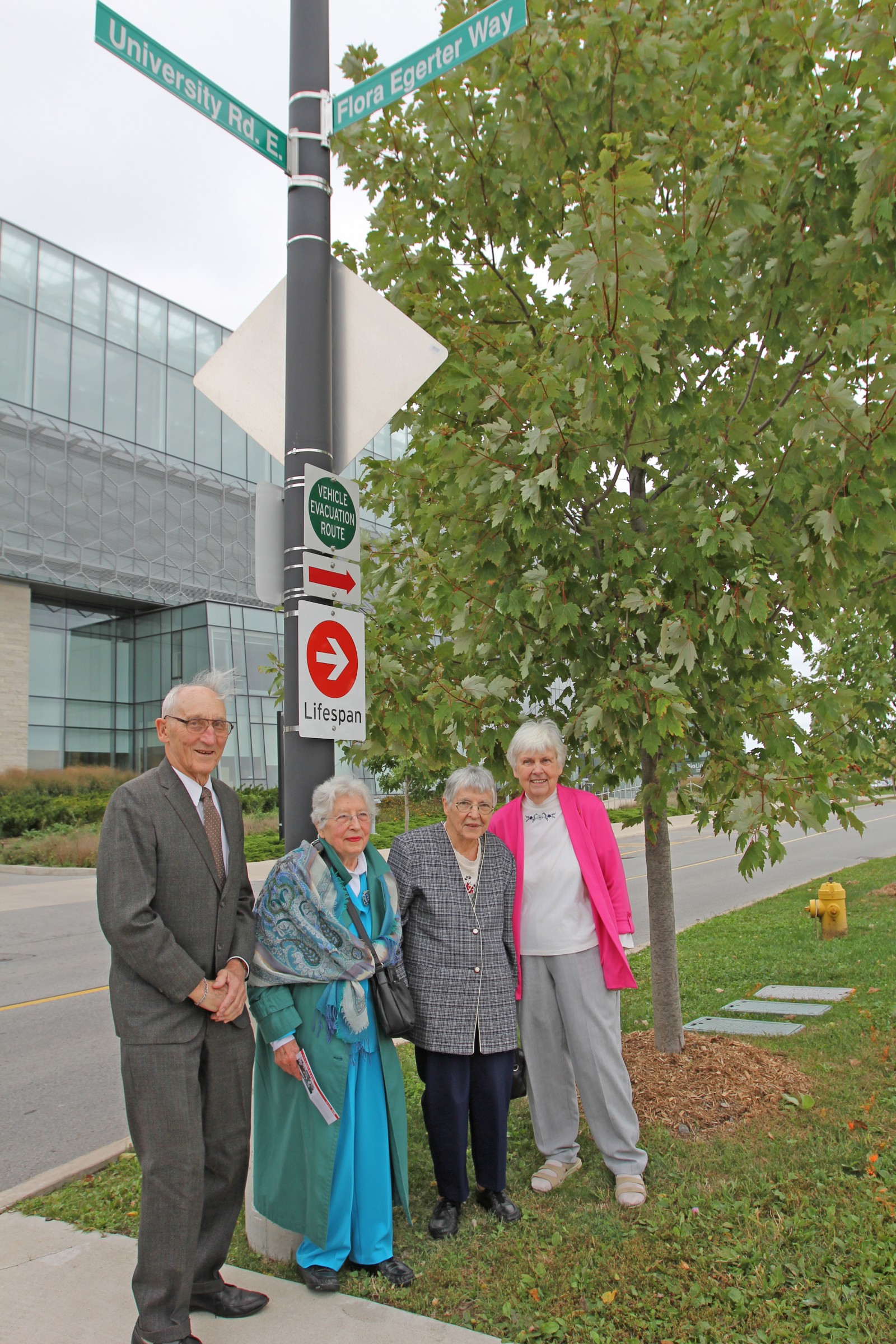 When Flora Egerter drafted a resolution in 1957 calling for a new university in Niagara, her fellow Allanburg Women’s Institute members were in full support.

Jean Harley, who was a member of the institute 57 years ago, recalled concern that it would be difficult to turn Egerter’s vision into something tangible.

“We figured it would probably be very tough,” Harley, 86, said Thursday. “But unless you do go after something like that, it’s not going to happen.”

Instead, the process went smoother than Harley expected. The Allanburg Women’s Institute, backed by its local, provincial and national chapters and the Welland County Council, brought the resolution to the provincial government.

By 1964, Brock University was holding its first classes. Fifty years later, one of the main roads within its campus was named Flora Egerter Way.

Harley was one of close to 100 people who attended the ceremony, as speakers included University dignitaries, Egerter’s daughter-in-law, and a representative from the Federated Women’s Institutes of Ontario.

“It’s amazing to see what has transpired in these buildings,” said Harley, who worked at the University for 21 years in various roles, including the Founding Fund. “It’s a great accomplishment. The University meant a great deal to us and coming to this area where our children could get their education right at home.”

Egerter was born in 1893 and grew up in Thorold. She died in 1977 survived by three children – all of whom were in attendance Thursday – and several grandchildren and great grandchildren.

“She was a very intelligent woman (who) recognized the fact this area needed a university,” Harley said.

With the backdrop of Flora Egerter Way behind her, Dorothy Krynicki spoke of Egerter’s vision and what it has meant locally, provincially, nationally, and around the world.

“Without Flora Egerter’s initial spark of insight, Brock University as we know it today may have never come to exist,” said Krynicki, the administrative assistant in Brock’s Political Science Department who has researched Egerter extensively and pushed for her recognition.

A plaque detailing Egerter’s importance in the history of Brock was also announced Thursday and will be installed along the sidewalk at the corner of Flora Egerter Way and University Road East, just outside the Campus Store.

“Flora Egerter and the Allanburg Women’s Institute were right to lead the charge for a University in Niagara, and the last 50 years have proved it,” Brock University President Jack Lightstone said at Thursday’s ceremony. “Our University is flourishing in ways that should make Flora and her like-minded collaborators, those who founded the University, and those who have supported us over the past 50 years, extremely proud.”