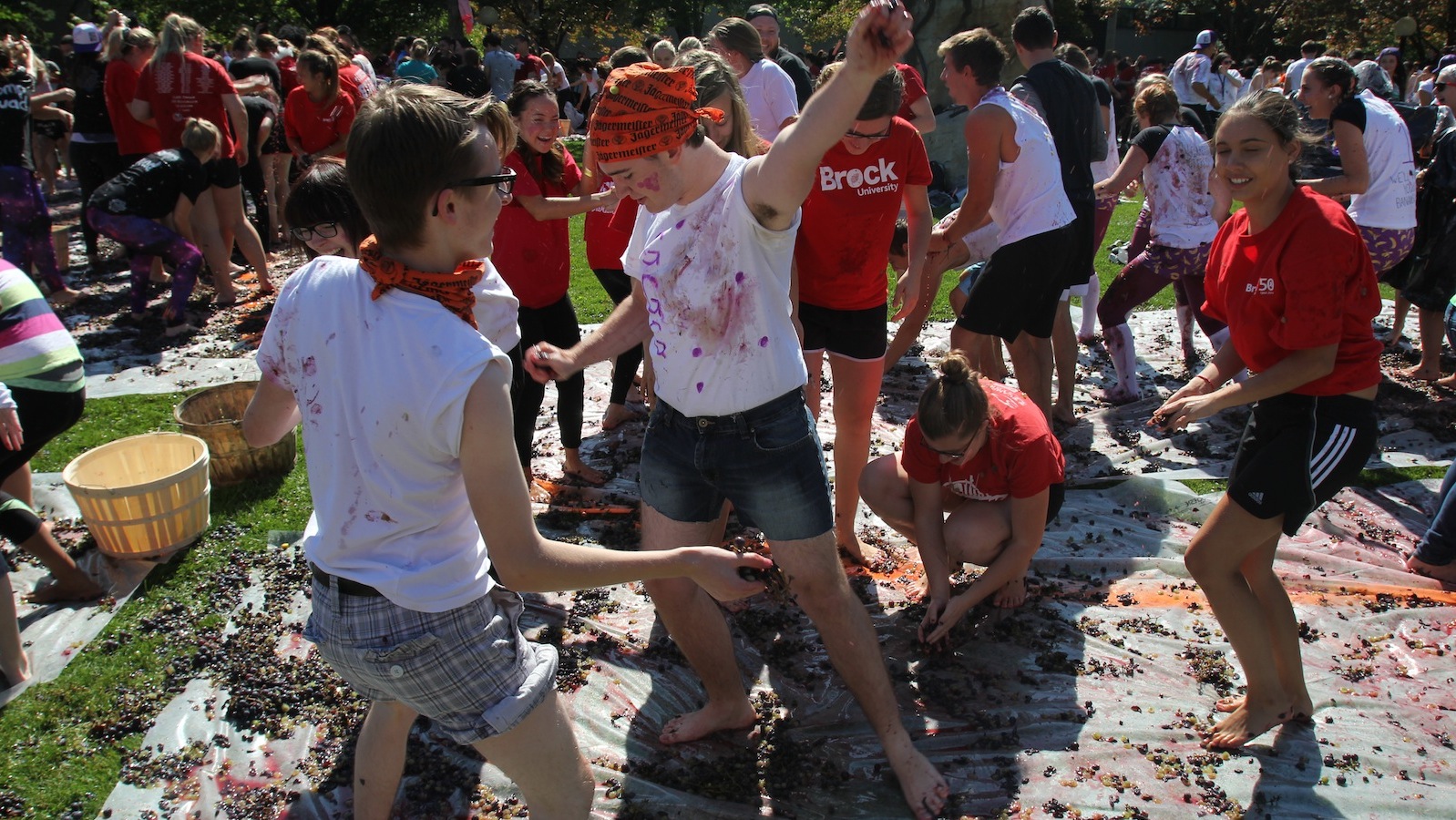 Brock’s 12th annual Grape Stomp was the biggest yet, and, like usual, things got messy.

Close to 950 participants – mostly students – threw, slid and jumped on grapes in what has become one of the most popular events each Homecoming.

“I think it’s a good experience,” said Rachel Lynde, a recreation and leisure student. “I’ve never done anything like it, so it’s really fun.”

Lynde and four other first-year students comprised the Valley Girls’ team. Like the rest of the stompers, they were smeared in purple after the event in Jubilee Court.

Lauren Lauzon, 19, said taking part in her first Grape Stomp was special given it came during Brock’s 50th anniversary celebrations.

“It was pretty amazing,” she said. “They do this every year and it was pretty cool to be a part of it this year, when it’s a huge, iconic thing.”

Emanuel Scampa, an exchange student from Italy, was all smiles afterwards while covered in purple grapes from head to toe.

“It’s awesome,” the 20-year-old business admin student said. “Even if you don’t know someone, you can throw grapes at them. It’s very fun.”

The Grape Stomp continues to grow each year. It gives students, staff and faculty a chance to show their Brock and Niagara pride, said Kristen Smith of Student Life and Community Experience, which runs the Stomp.

“It’s the largest event we have on campus where there are students of all years of study, staff and faculty that also stomp, daycare kids that come and stomp. (It’s) really inviting the whole Brock community to participate, that’s probably the highlight of the year for that.”

It takes a large group of volunteers from across campus and different departments to run the Grape Stomp and clean up more than a metric tonne of grapes, Smith added.

“It’s a group effort and we’re grateful for everyone to support this tradition. It’s the messiest tradition and it really does live up to its name.” 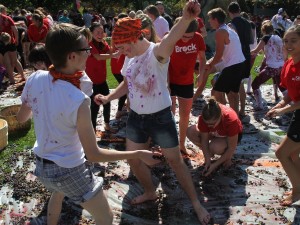 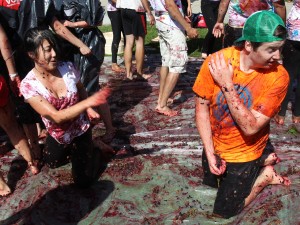 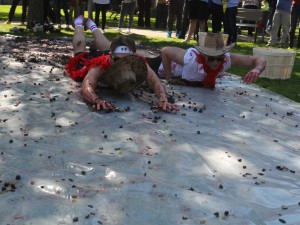 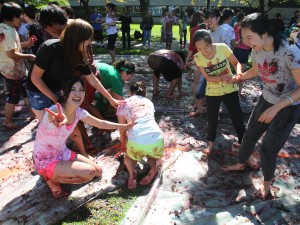 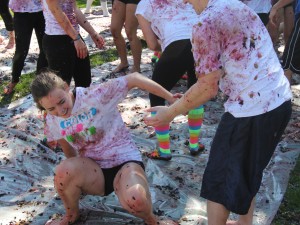 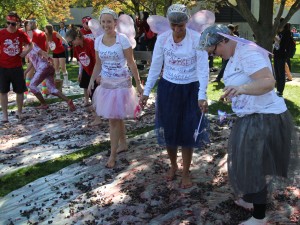 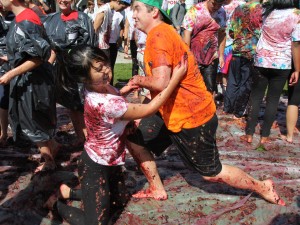 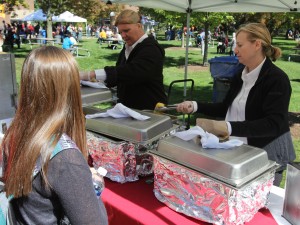 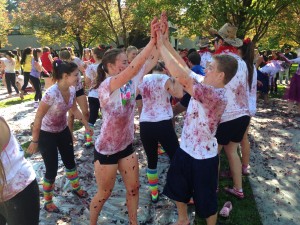 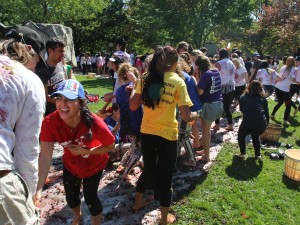 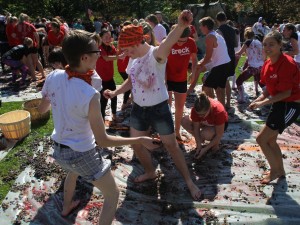 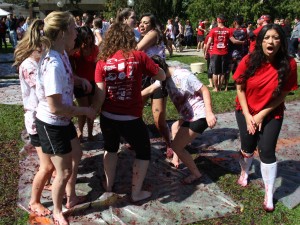 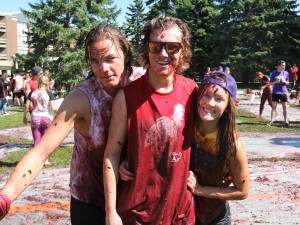 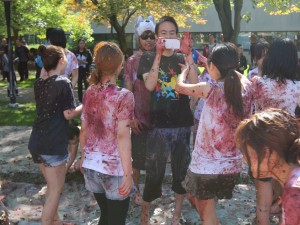 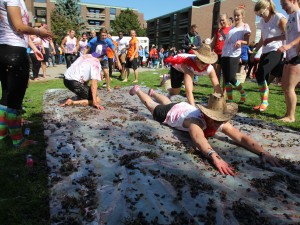 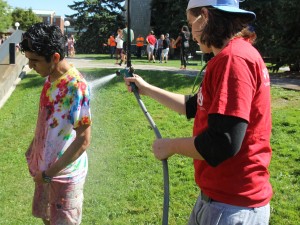 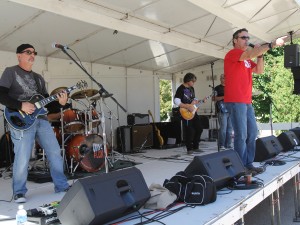 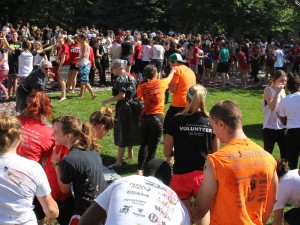 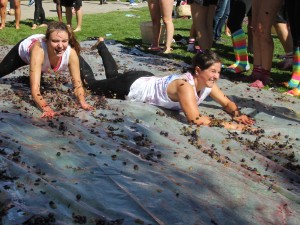 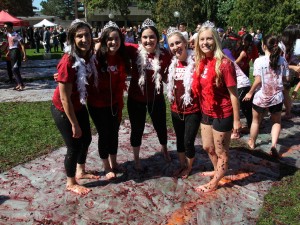 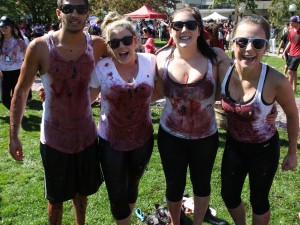 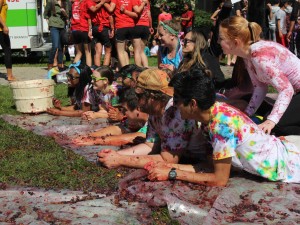 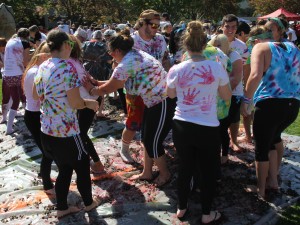