Alumni by the hundreds came back for Homecoming 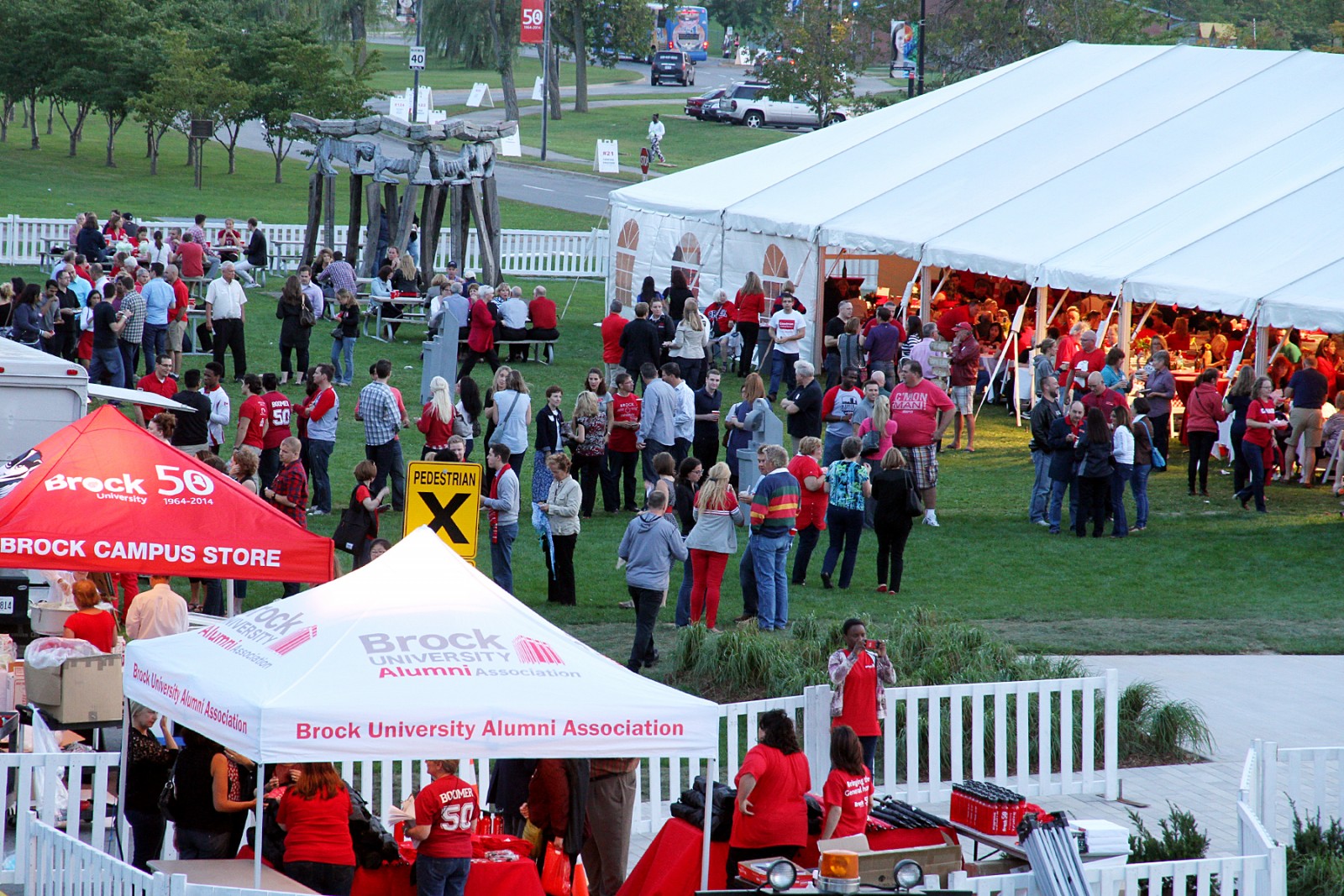 Brock alumni of all ages lingered at the Red Dinner on Saturday evening.

Brock’s 50th anniversary Homecoming weekend emerged as a festive and sentimental triumph that will be remembered for years by grads from across the generations, including current students who joined in and have not yet even graduated.

With more than 1,000 alumni and friends in from across Canada and the U.S., the record-attendance Homecoming 2014 hit its peak on Saturday with a slate of reunions, alumni awards ceremonies, varsity sports games and fully-booked tours of campus facilities and Brock’s new arts school being built in downtown St. Catharines.

The day’s crowning stroke was the Red Dinner, where upward of 500 people enjoyed the warm summer evening on the lawn in front of Schmon Tower, nibbling freshly-prepared local foods, sipping Niagara wines or regional beers, and chatting and laughing into the night.

Through the weekend, alumni re-told stories with old friends and spoke fondly of their alma mater. Andy Panko said it was “fantastic” to reunite with former co-workers at Brock. Panko graduated from the University with an Honours BSc in Geological Science in 1975 and is a former vice-chair of the Board of Trustees, past president of the Alumni Association, and the 2004 recipient of the Distinguished Alumni Award.

“My connection at Brock is very tight and very close,” Panko said Saturday while enjoying a drink at Isaac’s Pub before heading to the Red Dinner. “It’s like home for me. I feel like I live here.”

Panko and his wife Domenica (BA ’75, BEd ’76), also a Brock graduate and past Board of Trustees member, attended many of the Homecoming celebrations and reunions from Thursday to Saturday.

While Saturday’s celebrations brought back many recent graduates, the Cameo Club recognized alumni who earned their degrees 25 or more years ago.

“It’s just amazing,” said Lindsay Hollister (BSc ’87), who is now a high school math teacher in Kitchener. “The campus has changed and grown so much over the last 27 years, I can hardly recognize the place.

“(Brock is) the foundation for the studies of my life, and I met a lot of nice people, learned a lot. (We had) great teachers.”

His wife Jennifer (BA ’87) is now a project director at Manulife Financial. She said Brock’s campus felt like a small town, which she appreciated after leaving home in eastern Ontario.

“I’m very proud to have been a graduate of Brock,” she said. “It’s got a stellar reputation now, and seeing the changes on campus… there’s obvious excitement (for current students) about being at Brock.”

Varsity sports brought many Brock graduates and current students together, which added to the celebratory atmosphere.

“A lot of the alumni came, so that’s pretty awesome,” third-year BBA student Gabriella Colasanti said during the men’s lacrosse game against Western Saturday afternoon. “It’s pretty nice because there are a lot more people than just the students having a good time.”

The 20-year-old from Leamington was decked out in red with friends while cheering on the Badgers.

“Brock has been a great place to do my studies and have a good time and meet new people who are pretty awesome.”

The Red Dinner was Saturday’s signature event. Guests included Tom Goldspink, who was a student in Brock’s first year when classes were taught in a church basement.

The 70-year-old Silver Badger studied history and politics and was also a member of Brock’s first rowing team. He later served on the University’s Board of Trustees. After graduating, Goldspink spent 37 years as a business consultant for an accounting firm. 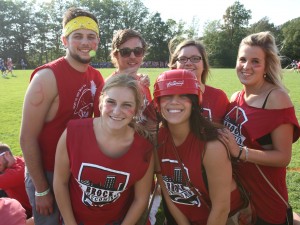 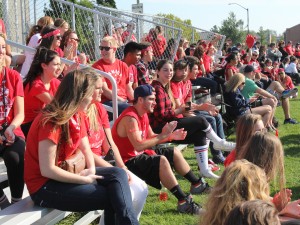 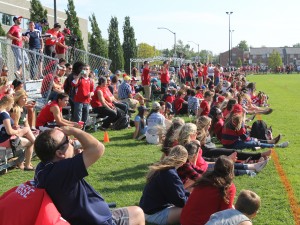 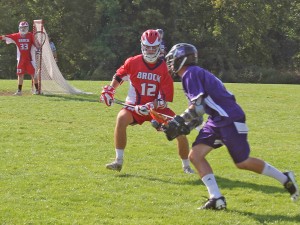 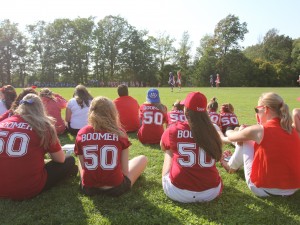 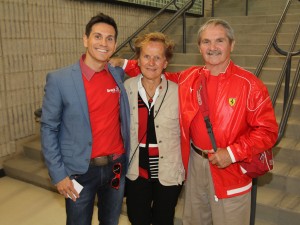 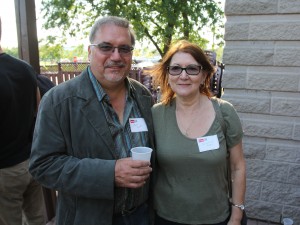 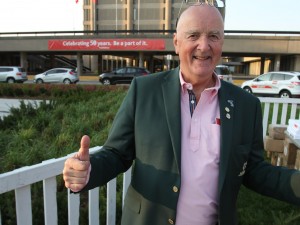 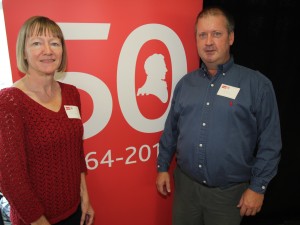 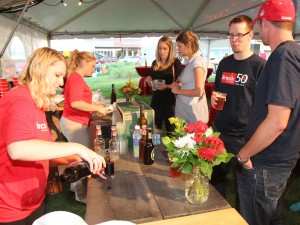 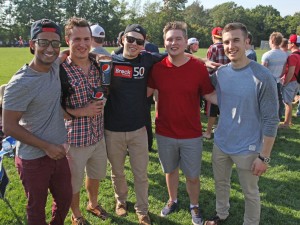 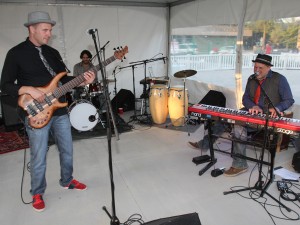 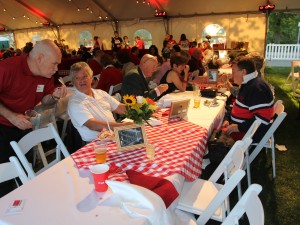 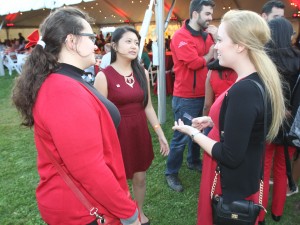 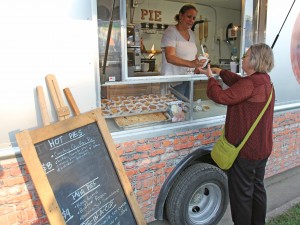 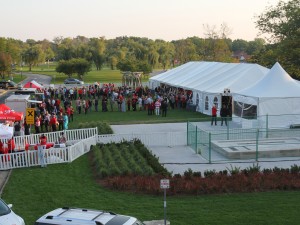 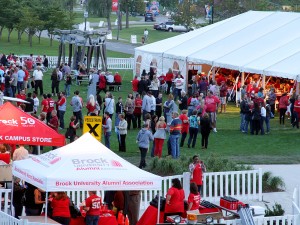