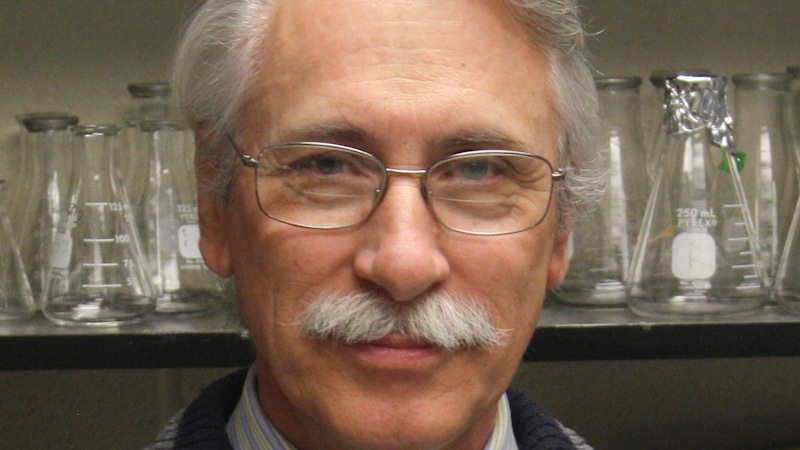 A cat standing in front of a rat is not a pretty sight for that rat. So much so that the rat belts out a “this is not good” yelp in ultrasonic waves, easily heard by other rats but silent to the naked human ear.

Analyzing rat “vocalizations” and discovering their mechanisms was just one of the breakthroughs that have come from the 45-year research career of Brock University behavioural psychologist Stefan Brudzynski.

“The difficulty is that animals do not have language,” says Brudzynski. “Their calls do not have grammatical structure and words. Yet, rats interpret the sounds they emit.

“It’s not just any sound. They try to emit specific structured sounds because they have certain meanings behind them.”

“The inscription on the plaque reads that the award is for ‘Scientific Contributions to the Field of Behavioral Neuroscience,'” says Tim Murphy, associate professor and chair of the Department of Psychology.

“This award is only handed out periodically and is akin to a lifetime achievement award. This recognition brings true international attention to Brock University, particularly the psychology and neuroscience programs. I wish Stefan sincere congratulations for this well-deserved recognition of his decades of contributions to the field of behavioral neuroscience.”

Brudzynski is known for his research on rat vocalizations.

“The lower frequency vocalization is an alarm call – danger, unpleasantness, something is not right,” explains Brudzynski. “If I would have to translate it to human words, I would say the message is: ‘It is not good.’

“The other (higher frequency) sound expresses joy and pleasure and could be translated into human language: “It is good.”

In the laboratory, Brudzynski and his colleagues set up varying situations for rats and recorded their responses.

The researchers were then able to view the sound waves of the “good” and “bad” vocalizations on the computer and, using specialized equipment, hear these vocalizations, which Brudzynski says sound much like whale or dolphin “whistles.”

When the researchers played the recordings back to different groups of rats, the animals ran to the source of the recordings when the calls were pleasant, and tried to hide when they weren’t.

“We can measure emotional states in animals by measuring their vocalizations. This is the biggest achievement,” says Brudzynski.

“Before, we were unable to quantitate – even recognize – emotional states in animals. If a rat is looking at you, you have no idea (what he is feeling), but if it emits specific sounds and if you know what call, how many, how intensive, (then) you measure their emotional state directly.”

Even more significantly, says Brudzynski, is research he and his colleagues conducted on rats’ brains focusing on the mechanisms for the expression of positive and negatives emotions, which were strikingly similar to what happens in the human brain.

“From the behavioural neuroscience field point of view, this is important: that the brain mechanisms for emotions are the same across many species and they are expressed,” says Brudzynski. “Animals do not hide emotions – they tell you.”

Brudzynski was among colleagues that the Department of Psychology honoured earlier this year for their publications. In 2010, he published the Handbook of Mammalian Vocalization: an Integrative Neuroscience Approach, a highly acclaimed book that streamlines research and thinking on the subject from more than 90 authors from 13 countries.

In March of this year, Discovery Channel aired a segment about rat behaviour filmed in Brudzynski’s laboratory in a piece profiling “interesting experiments.”

Brudzynski says he was “surprised” to receive the IBNS’s award.

“I feel particularly honoured because this is not solicited, it’s spontaneous,” he says. “It is not from my collaborators. It is not even from people from my direct area of research. The award comes from a representation of the international community of researchers. I feel really thrilled by that.”

The U.S.-based International Behavioral Neuroscience Society, founded in 1992, brings together from 34 countries scientists, clinicians, teachers, and others with a background and interest in the relationship between brain and behavior. Brudzynski, who is an IBNS Fellow, is the third person to receive the award in the past 10 years.