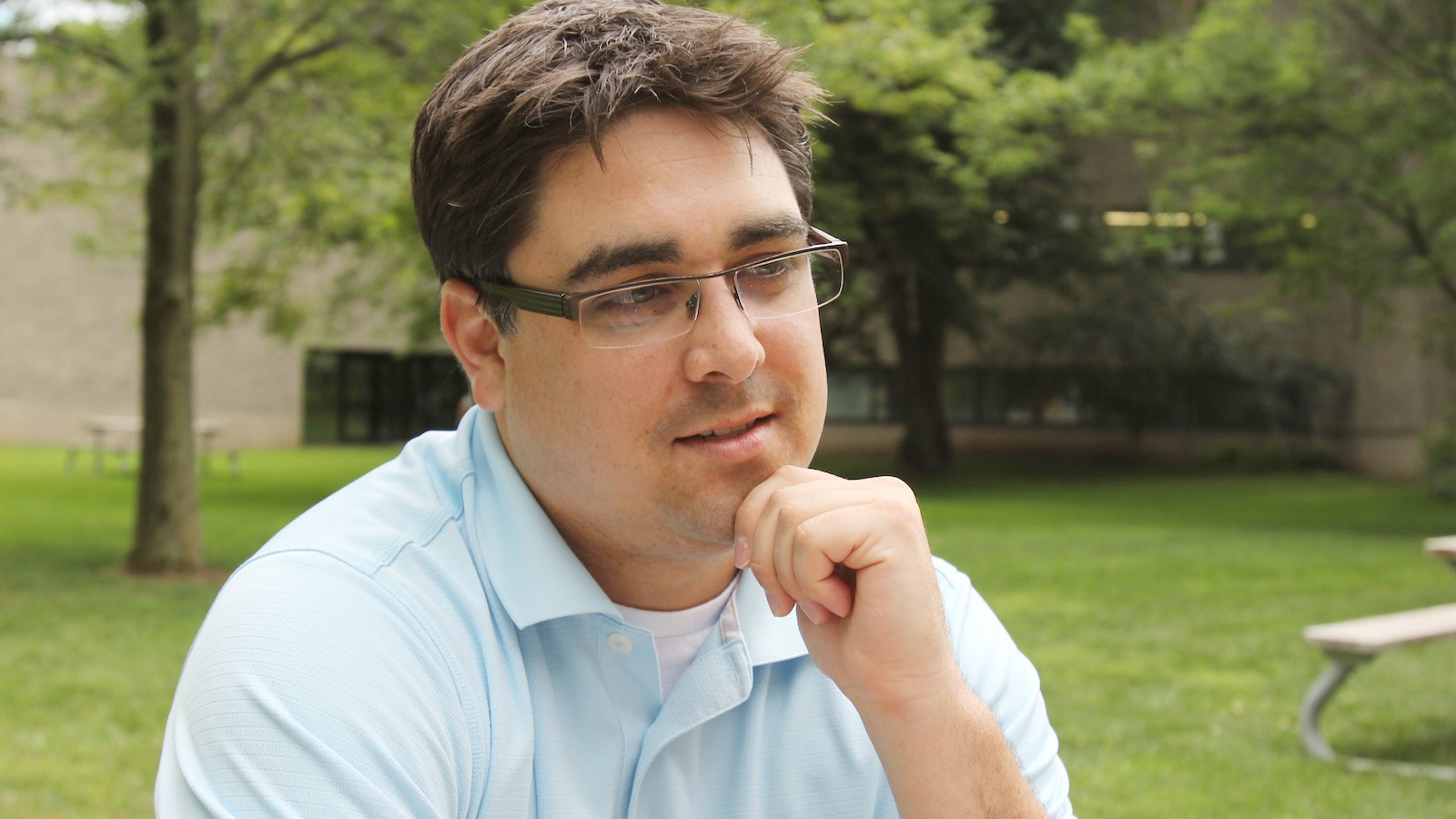 Neil Lane, a Brock graduate (BBA '08), is CEO and a co-founder of Stathletes.

A St. Catharines business with a strong connection to Brock University is a semifinalist in a national competition.

Stathletes is one of four small companies in the fourth annual Small Business Challenge Contest that is run by The Globe and Mail‘s Report on Business and sponsored by Telus. The national competition, which offers a $100,000 prize and drew more than 1,000 entries this year, is scheduled to announce the winner Sept. 15.

Neil Lane, a Brock graduate (BBA ’08) from the Goodman School of Business, is CEO and a co-founder of the four-year-old company. Stathletes crunches data to provide an in-depth analysis of the performance of individual hockey players. In the high-stakes world of professional hockey, one goal can mean the difference between missing and making the playoffs – and millions of dollars.

“Brock gave me a solid and important introduction to the world of business,” says Lane, who initially was in a science stream at another university.

His girlfriend is Meghan Chayka (BBA ’12), another co-founder. Chayka and her team won Brock’s inaugural Monster Pitch, which is run by Goodman’s Brock University Entrepreneurship Club, and Blueprint business competitions with the Stathletes model.

Stathletes employs about 40 cutters (video analysts) and earns more than $1 million in revenue. The cutters pore over recordings of past games, making and logging observations of the strengths and weaknesses of players, building the database. More than 40,000 data points are made during each game – 20,000 for each team – an arduous process for the analysts but pure gold for scouts, coaches and managers to mine and gain a competitive advantage.

“Every time a player touches a puck, we measure it,” says Lane.

When a prospective team approaches Stathletes, the company outlines the methodology and different types of services that can be provided. The client picks the service package that best suits its needs and budget.

Two NHL teams, one each from the Eastern and Western Conference, have paid a premium to be the only ones with access to the micro analytics. The teams pay extra to have the stats by 9 a.m. the next day. A scouting department might also be interested in the performance stats of a particular player its team is thinking of acquiring – Stathletes will provide the information on demand. Three to five junior-level teams are in Stathletes’ sights.

Stahtletes analyzes both teams in the game and gives all that data to the client, part of the reason why the client pays such a premium. In the future, Stathletes will be able to sell the data from that game to multiple teams, drastically increasing its margins.

Based on Stathletes’ data, coaches can enhance the strengths of their players or try and correct the weaknesses. If a video indicates a young player is consistently nervous about going into a corner and battling with an older or heavier player, for example, the manager might recommend the young player put on weight and add muscle to build self-confidence.

The idea for Stathletes came from the third co-founder, John Chayka, Meghan Chayka’s brother, who was permanently sidelined from a hockey career because of injury. He wanted to create an NHL hockey school using stats that might help to prevent injuries like his and build a stronger team.

Other professional sports teams have “moneyballed” for years. The term comes from the book Moneyball by Michael Lewis, which examines the management style of Billy Beane, general manager of baseball’s Oakland A’s, who discarded traditional stats in favour of more sophisticated and useful information in 2000-01. Armed with these stats, Beane remarkably improved the A’s without taking on significant payroll the organization couldn’t afford.

If Stathletes wins the competition, Lane will put the $100,000 towards the development of cameras and software, technology that is expected to cost about $200,000 and will result in more a more efficient collection of hockey data.

The company is about to move to a different St. Catharines location that’s 2.5 times the size of its current office.

“I could run this business from a beach in Hawaii,” says Lane. “But this is our way of giving back to St. Catharines, which is struggling. Quite a few of our cutters are Brock students.”

By the end of next year, Lane anticipates he’ll have more than 60 cutters on staff. Currently, there are nine cutting stations that are filled 12 hours a day, seven days a week, with employees inputting data. Cutters are paid per game.