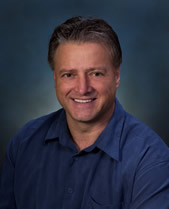 That was when 27 students met for the first general meeting of the newly established Brock Student Ambassadors (BSA). Supported by the then-Office of External Relations, the BSA began by providing services such as exam survival kits, assisting with school visits, and organizing a Kids Day for the Big Brothers/Big Sisters Association.

Over their nearly 30-year tenure, hundreds of exceptional Brock students were proud Brock Student Ambassadors. Their handbook described them as “enthusiastic and dedicated volunteers who devote time and energy into providing services and promoting interaction between students, alumni, the University, and the community.”

As the Brock Student Ambassadors prepare to host a huge reunion during Homecoming Weekend, we reached out to a few BSA alumni to get their input on what it meant to be an ambassador.

Lynne Irion (former adviser to the BSA 1999-2012): I officially became adviser to the Brock Student Ambassadors in September 1999. However, I had been involved with the group since September 1989 when I joined what was then known as Alumni Affairs. My favourite part of being adviser to the group was seeing newcomers come in as shy first-year students and then grow and become confident third- and fourth-year adults, and later become supporting alumni.

Ruth Ellen Wilson (BSc ’95): Being a Brock Student Ambassador was definitely a highlight of my time at Brock. The things that I remember most about being an ambassador were stuffing Exam Kits, the Rotary TV auction, and being told to be quiet in the office (we had our own couch in there)! I also got a nickname that stuck for my four BSA years and beyond… Fish!

Jason Sykes (BA ’06; MA ’08): I have so many fond memories with the BSA, most of all I remember the people, the smiles and the laughs. I remember nights out, nights in, chilling in the office, visiting Lynne, retreat, conferences. Such good people!

Sarah Brown (BPhEd ’13): The Brock Student Ambassadors meant so much more to me than the volunteering or co-ordinating of events. My involvement in the BSA allowed me a sense of family. Advocating for Brock and networking with alumni never felt like a chore, it was a sheer joy, as it was being done in the spirit of family.

Alex Yarascavitch (BSc ’07): My sister, brother and I were heavily involved in the Out of the Cold program at St. Paul United Church on Monday nights. I always felt that this was a really worthwhile project to help our community.

For more information about the 17+ reunions during Homecoming, and other Homecoming events, visit brocku.ca/homecoming