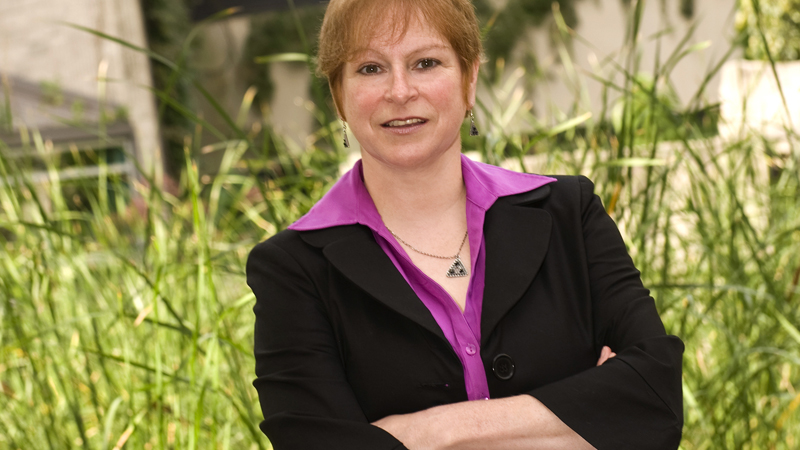 Brock biologist Liette Vasseur is the newly elected president of the Canadian Coalition of Women in Engineering, Science, Trades and Technology

A group of science students head to the pub to discuss their research project – without their female members present. A male researcher offers to “help” his female colleague, since he has “more” experience and expertise than her, although she has been working in the same field longer.

Male tradespeople laugh, and poke fun at their female colleagues.

Discrimination against women in traditionally “male” fields – sciences, engineering, technology, trades – ranges from the subtle to the blatant, but all have the effect of keeping women out, explains Brock biologist Liette Vasseur.

“In many of these fields, women are still very rare,” she says. “In fact, the numbers are going down in some fields, not up. It’s not changing too much from before.”

Vasseur is the newly elected president of the Canadian Coalition of Women in Engineering, Science, Trades and Technology (CCWESTT).

The Mississauga-based group is a resource and support network that researches, promotes and advocates for the full participation of women in science, engineering, trades and technology in government, business, industry and education at all levels.

Vasseur explains that there are about as many women as men represented at the BSc level. Women start dropping off at the Master’s level and continue to do so at the PhD and Post-Doctoral levels.

“When you look at full professorship – even in biology and some life sciences – you have around 20 or 25 per cent women and 75 per cent men,” she says. “Science is still very much a male-dominated area,” says Vasseur, referring to a presentation by the Natural Sciences and Engineering Research Council (NSERC) at the recent CCWESTT conference.

The situation is even grimmer in the some workplaces, particularly in computing sciences and physics, says Vasseur. NSERC reports that women’s participation in these and other areas can be as low as nine per cent.

Workplace stress, family obligations and discrimination are the most common reasons why many women do not continue with science careers, she says.

Vasseur explains that workplace discrimination can take many forms. She says a common one is a complaint that women scientists do not produce “enough,” even in cases where they have accomplished more than male colleagues.

There may even be shortcomings in physical infrastructure. “A simple thing: the bathroom. Seems easy, but bathrooms are quite a difficult topic in trades – in many places such as the shop floor they simply don’t have a women’s washroom,” she says.

Among other things, the Centre conducts workshops, assisting women in such areas as dealing with salary issues, workplace conflict, negotiating tenure and promotion. Vasseur says she is planning to host a workshop at Brock.

Most workplaces and associations have equity policies and programs. For example, Engineers Canada has strategies in place that will, among other things, increase women engineers 30 per cent by the year 2030.

Vasseur will also be organizing the CCWESTT 2016 Conference and is currently chairing a task force to discuss the future of the coalition and women’s associations in engineering, science, trades and technology in Canada.