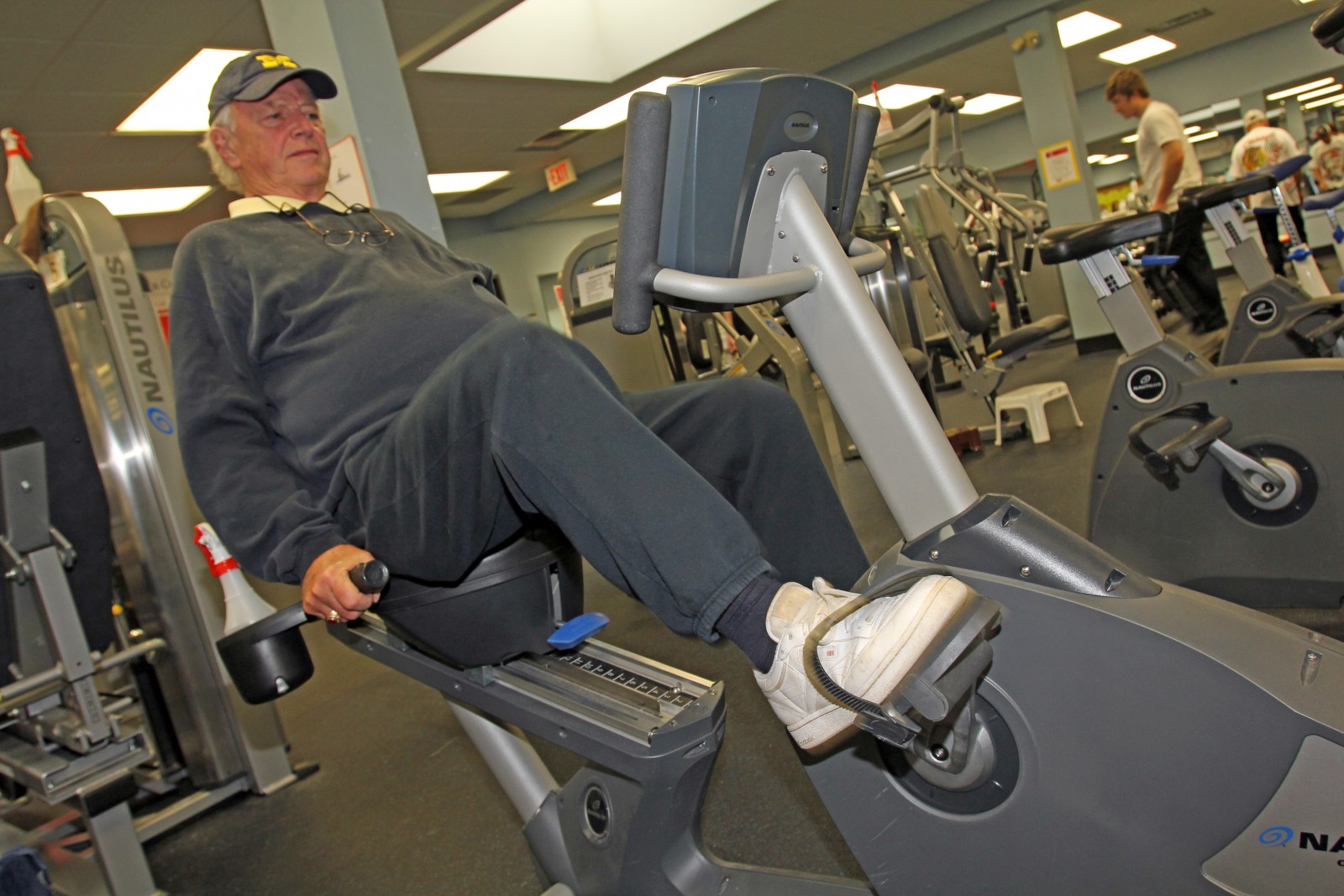 Alex McKee, 74, is now a former diabetic, no longer on insulin since changing his diet and workout routine after joining the Brock-Niagara Centre for Health and Well-Being.

Alex McKee is seeing the benefits just three months after joining the Brock-Niagara Centre for Health and Well-Being.

The 74-year-old St. Catharines resident is now a former diabetic, no longer on insulin since changing his diet and workout routine following a doctor’s recommendation he join the centre’s Heart Strong Program.

“When you have diabetes that’s a real coup. It’s a big deal,” McKee said recently while in the middle of a workout. “There’s been some real changes. My vision is sharper, a lot of things are better.”

McKee was diagnosed with type 2 diabetes seven years ago, meaning the sugar in his body was being stored in his blood instead of being used for energy.

That put McKee at risk of many health complications, and he didn’t have the discipline to maintain a proper diet and exercise program until joining the Heart Strong Program.

“I think the program and the way it’s run influences other parts of your life,” he said. “If you exercise, you shouldn’t be doing too many stupid things outside of your exercise program. It gives you a little more balance in your health.”

“I look forward to it. It’s kind of an addictive activity once you get going on it.”

McKee works out three times a week for an hour each time, boosting his heart rate on the elliptical machines and building strength through weight training.

“He’s putting less medicine into his body by staying active,” said Scott Stevens, the centre’s co-ordinator. “How much better does it get than that?” The centre and its many programs will benefit from the upcoming Walk of Life, set for June 14 at the Glenridge Quarry. As part of a national campaign by the Cardiac Health Foundation of Canada, money raised from the walk locally will be donated to the centre, which is dedicated to enhancing the quality of life among individuals with chronic diseases by focusing on disease management and related social and health complications.

The Heart Strong Program functions as both a research facility as well as a community program with the goal of improving overall function, independence, and quality of life in individuals with known cardiovascular disease, as well as those with cardiovascular risk factors.

The goal is 200 walkers and $10,000 raised. The Cardiac Association of Canada will contribute extra funds based on money raised locally, Stevens said, which would allow the centre to expand to meet the growing needs of its programs.

Then others, like McKee, can continue to reap the benefits of preventative medicine.

“I just lost a friend who didn’t have any history of heart disease,” he said. “Only thing he had was a hip replacement, but he had a heart attack. He was 69. It’s a wakeup call. I don’t know if coming here might have given him a few more years on the road. Life’s short, so enjoy it as much as you can without putting roadblocks in your way.”

All registration and donation info can be found online.